Early last year my friend Lesley introduced me to the Detective Murdoch Mysteries by Maureen Jennings. Set in Toronto, Ontario at the end of the 19th century, they feature Detective William Murdoch, a forward thinking man with an interest in new forensic methods. She also told me about the TV series and her 85 year old mother raved meeting the handsome star of the show at a reception. I did not really take note of the details as I am not one to watch much television.


Fast forward to May of this year. I was at Ruthven Park for bird banding and I noticed that the house and grounds had been used for filming an episode in season four of the Murdoch mysteries. I took more interest and found that our local library had seasons one and two available on DVD. My friend's mother was right. Yannick Bisson is very good looking and well suited for his role as Detective Murdoch. I recognized many places in various episodes including Webster's Falls near Hamilton ON and areas of Cambridge ON in our region.


I love a good detective story and these are fast paced with a thread of historical interest. Season Four premieres on Tuesday June 7, 2011 on City TV. I see that the DVDs are well received on Amazon.ca as well as Amazon.com. I started to watch the pilot movies but found them plodding and dark. Here's hoping the new season is a snappy as the first two which we watched over the past couple of weeks. 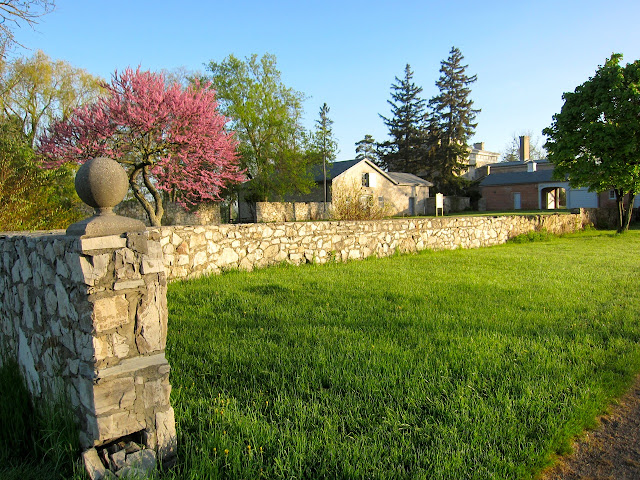