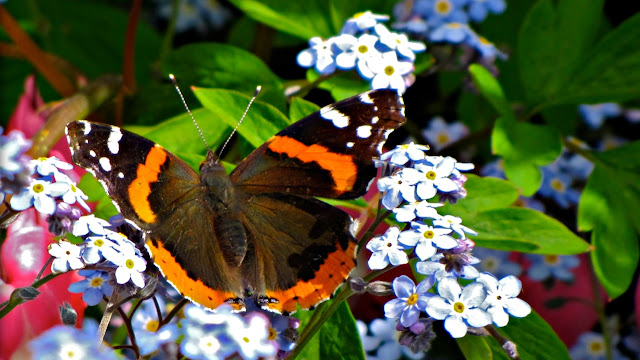 I took this picture of a Red Admiral butterfly in my garden in the spring of 2010. This species is widespread in temperate zones of North America, Europe and Asia. They can hibernate here in the winter, but most of the ones we see migrate northward in the spring from the southern states. These butterflies are not as well studied as the Monarch.

Today we had quite the wind storm in southern Ontario with wind gusts of up to 80 km/hr in our city. I came out of work and noticed what looked like leaves blowing on the hospital lawn. On closer inspection I discovered hundreds of Red Admiral butterflies on flowering dandelions and in the air.

I only had my little pocket camera with me and when I approached the butterflies, they would flutter away in the wind. They flew back when I stood still for a few minutes.  Large numbers of Red Admirals have been reported in the London, Ontario area this week as well. Some naturalists speculate that the mild winter allowed greater numbers of chrysalises to survive. Apparently it is unusual to see them in such large groups in the spring. 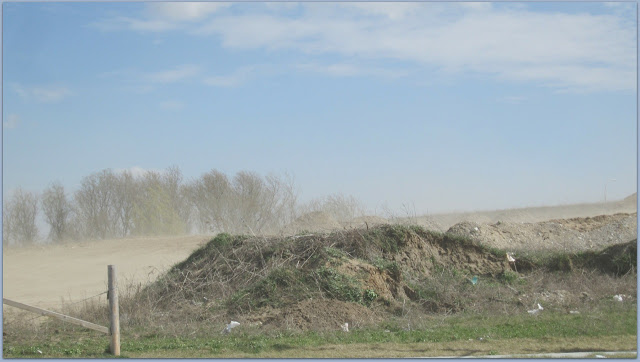 Anvilcloud commented on my previous post about the winds they have experienced in his part of Eastern Ontario this month. Not to be outdone here, the winds sucked any remaining moisture out of the soil today. In rural areas of the region, road visibility was poor as topsoil from farm fields filled the air. I went to the store on the way home but had to leave as the power went out and the checkouts had to close. It was a challenge to walk against the wind and flags blew stiffly to the east. Our trees lost no more than a few twigs but other parts of the city suffered more damage.

What a day to be a migrating bird or butterfly! 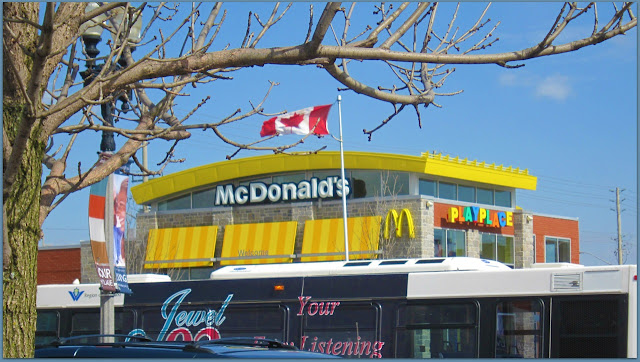 ~Post script~ We were only slightly inconvenienced by the weather here. Watch this 1 minute video from CNN of a sand storm in Saudi Arabia on Friday the 13th of April this year.
Posted by Ruth at 9:18 pm