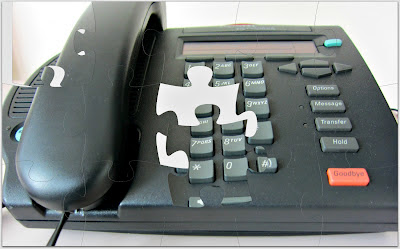 Our phone rang close to midnight, startling me even more when I recognized the number belonged to the hospital where I work. I answered and heard nothing but a crackling rhythm on the line. The calls to our home continued in the evenings two or three times a week and then at 3 AM on Sunday morning a week ago.

I contacted the administrator to ask what could be done to stop the calls. I suspected a fax machine was dialing, but the phone in our treatment room was identified by the communications department as the source of the calls. This room is locked when I go home and no one should enter the area until we return the next day. 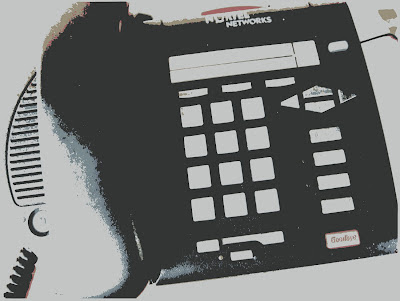 The next day I was in the room charting at a computer table away from the phone. I heard a dial tone and listened to the speaker as the phone called the last outgoing number by itself. I heard the familiar crackling rhythm and realized that no person was responsible for the mystery calls. I contacted the lady who had been investigating to report what had happened.

“Impossible!” she said. “There has to be a physical force to activate the redial button.”

There was no visible physical force and a co-worker confirmed that the phone dialed on its own. That afternoon I called my work voicemail number before leaving and sure enough there was a mysterious message awaiting the next morning. Personally, I was relieved that the calls to our home were not from someone trying to harass us.

The night nurses on the floor say a call bell goes off in an empty room from time to time. They are sure our resident ghost Francine, a nurse who died at the hospital when it was a TB Sanatorium, is active on our unit.

I believe there is an electronic malfunction in the telephone and a new phone has been ordered.

But if the calls continue on another phone...

The phone was not replaced but the calls stopped as suddenly as they started a few days after I wrote this post. Very strange indeed!
Posted by Ruth at 5:18 pm