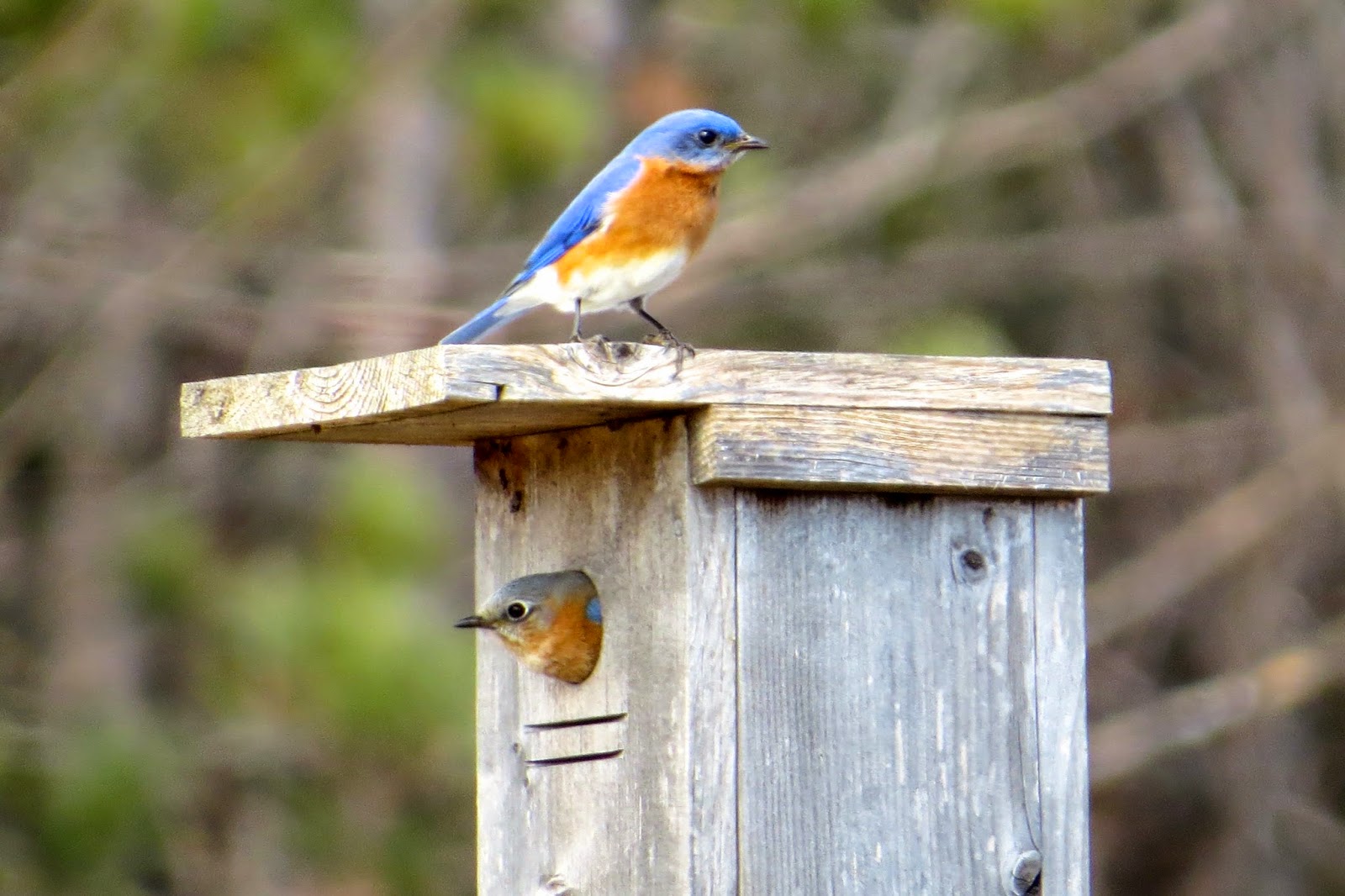 I looked for a pair of Eastern Bluebirds while riding my bike through a nearby conservation area a couple of days ago. I found them in the area late last summer and sure enough, they returned this spring and were checking out at least three nesting boxes today. There were two pair of Bluebirds and one lone Tree Swallow in the meadow. The Tree Swallow made the mistake of sitting on one piece of real estate and the Bluebirds were very agitated and noisy until the swallow left. While I watched, a Great Blue Heron flew overhead so it was a day for 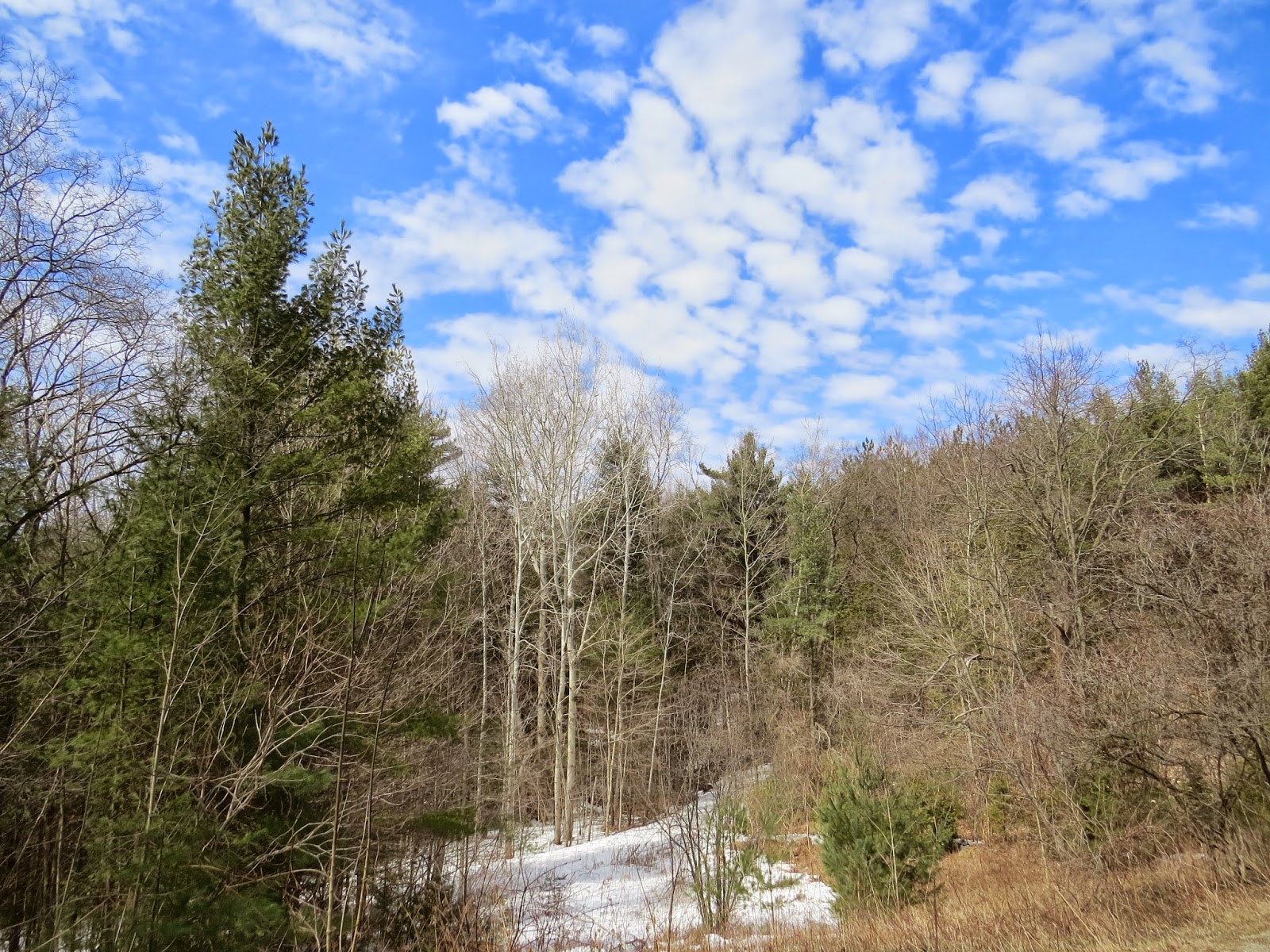 We had a grey, snowy Easter Sunday yesterday so the sunshine today was most welcome. I walked the trails with my Nordic walking poles as slippery ice is still present in protected places. Shallow ponds remain frozen over but I found lots of 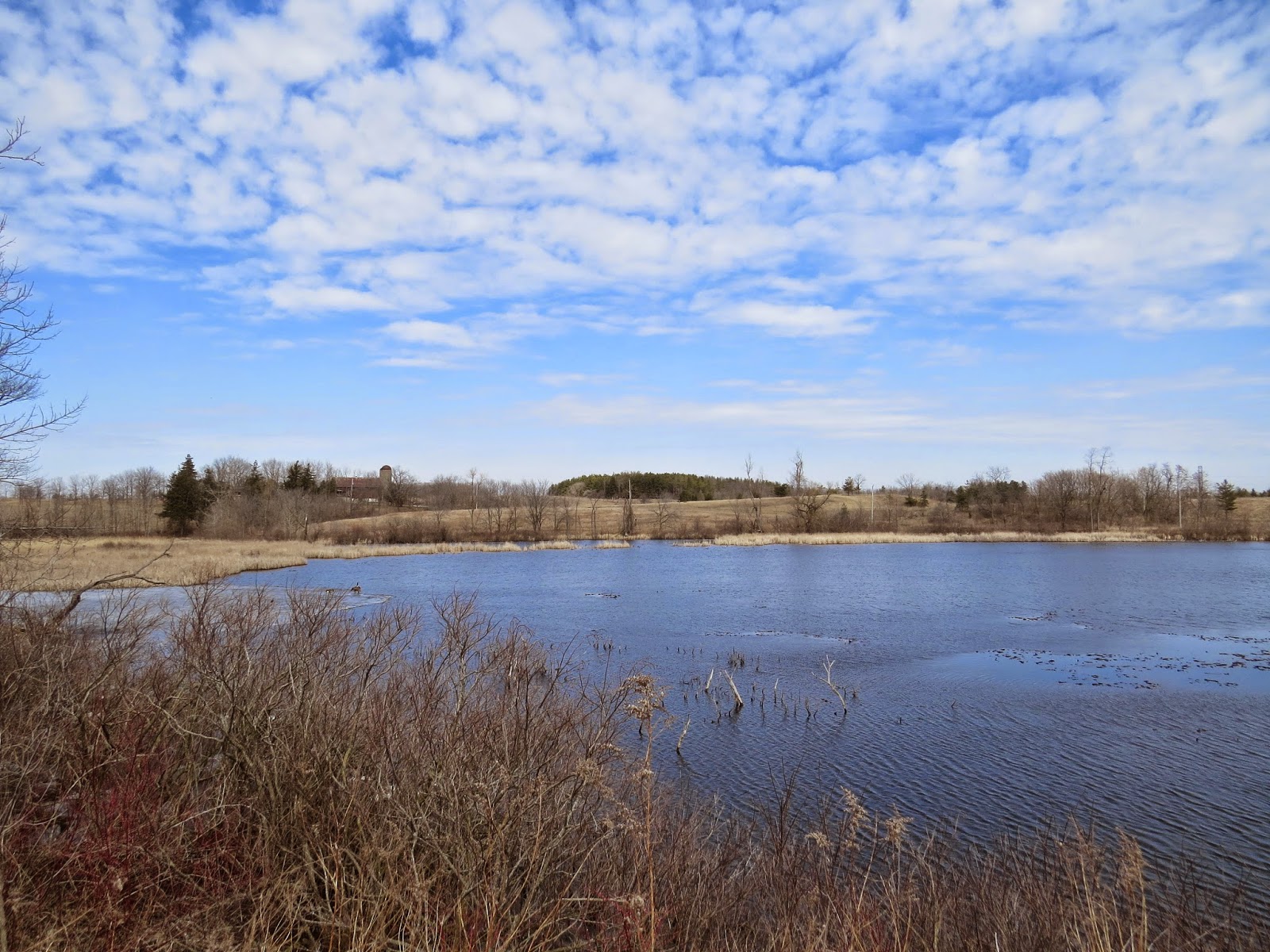 Close to home I met a birder who was working with a scope and a notebook. He did not have a camera but had a good eye for water birds and pointed out several species for me. He records his data on eBird and was surprised that I have never done this. So I registered on eBird and listed the 48 bird species I have seen in the last 3 weeks between Ottawa in the east and Lake Erie in the south west.

Here is a short slide show of some of the birds I found this beautiful Easter Monday.