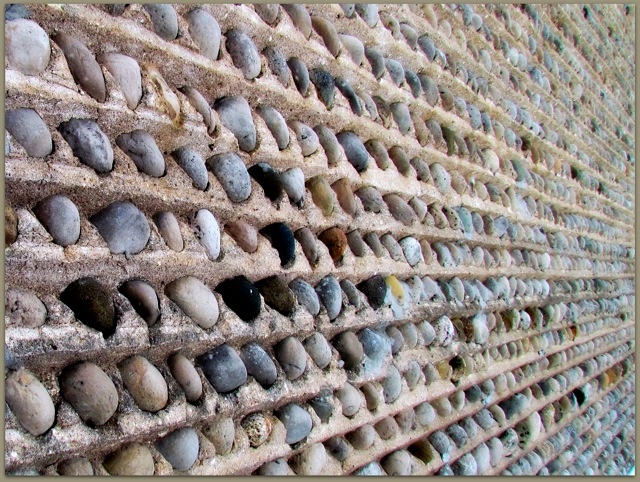 This historic church is a thirty minute drive from our home. I came across it on a cold Saturday afternoon last month while looking for Horned Larks along the gravel road. The cobblestone structure was completed in 1845. The congregation gathered stones from nearby fields and gave freely of their time in its construction. I walked around the building admiring the fine workmanship and thought about the amount of cooperative labour involved in such a project. 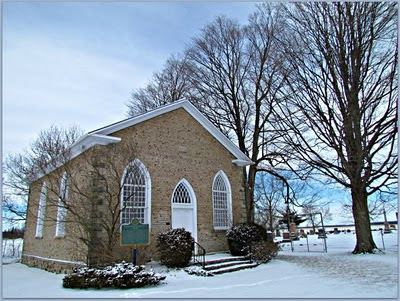 The West Dumfries Chapel, now known as the the Paris Plains Church, was part of the Methodist Conference until services were discontinued in 1921. A run down school house stands on the same large property and I imagined the picnics, concerts, weddings, funerals, church, school and social events that were held here for the farming community. Everyone was known by name and made a contribution to the local social scene. An old cemetery which predates the church building is also on the property. The tombstones in the first row were erected in memory of five children from the same family, none of them living to see their first birthday. They are still part of the neighbourhood one and a half centuries later. I walked through the snow reading the names on the markers noting names, relationships and epitaphs of people who had settled in this new land from Europe in the early 19th century. 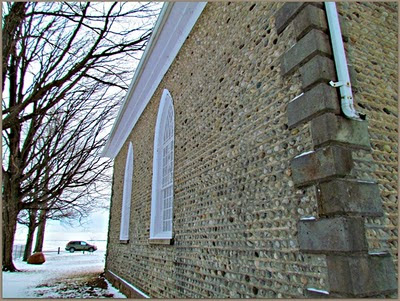 We had a heavy snowfall last Sunday and my husband was away in Ottawa. I started to shovel the driveway and two neighbours I had never met came over, started our snowblower and cleared the snow from our large corner lot. I knew the previous owners of the houses they now live in but in the two or more years they have lived on our street, I never had the opportunity to meet them. There are more strangers on our small street than acquaintances. We back out of our driveways each day going our separate ways, our paths in the city never crossing.

No wonder I marvel at the workmanship of a church in a windswept, icy field and dream of the cemented connections represented by each field stone.
Posted by Ruth at 9:01 pm