Neighbourhoods- Within the big city 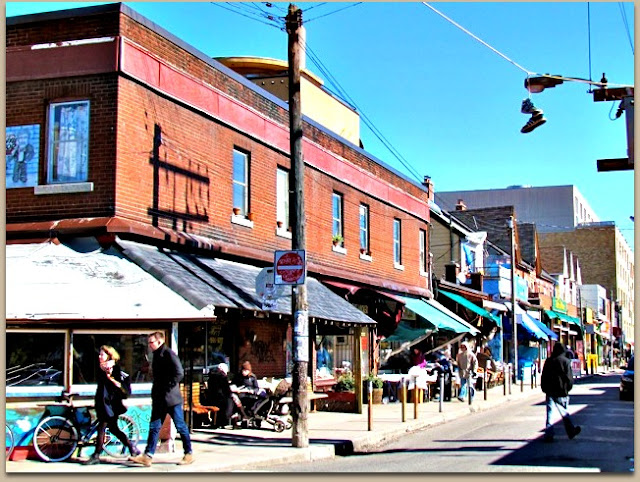 We celebrated the Becka's March birthday with a trip to Toronto on a sunny but very cold and windy day. I used to live in Toronto and have been within an easy drive of the city for forty years, but had never been to Kensington Market. Toronto has several ethnic neighbourhoods such as Chinatown, Greek Town, Little Italy, Portugal Village and Little India. As the city grew, it incorporated smaller communities which remain unique in the metropolitan area giving Toronto the distinction of being "the city of neighbourhoods." 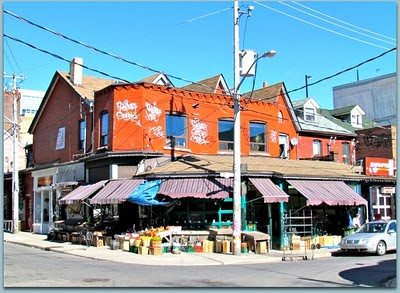 Kensington Market is pedestrian friendly and streetcars run on the main roads which mark its boundaries. I believe you could purchase anything you wanted in the many small shops and businesses crowded together here. La Tortilleria sold the first fresh, hot authentic corn tortillas I have found outside Mexico. We bought half a kilo along with fresh green salsa and ate them for lunch. 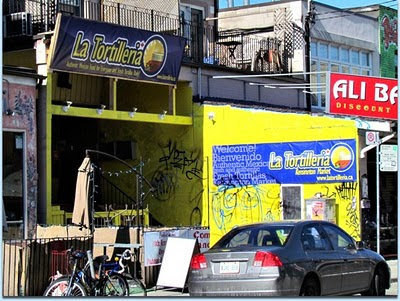 I recognized streets featured in TV shows such as Sharon, Lois and Bram, The Rick Mercer Report and the 1970's sitcom, The King of Kensington. In keeping with its history, several shops sell vintage clothing that would undoubtedly be one-of-a-kind for the wearers. 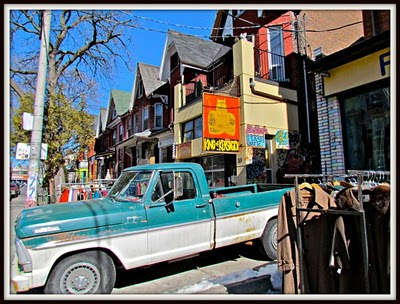 The many restaurants and specialty food stops make a supermarket boring in comparison. I found great variety and reasonable prices in the fruit and vegetable markets, bakeries and bulk stores. 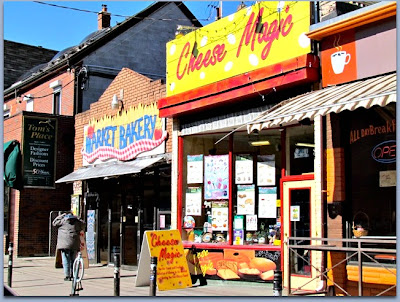 This isn't Amsterdam and street marijuana is not legal in Canada. But I think there are baby boomers here who have never moved out of the flower child era of the 1960's and 70's. 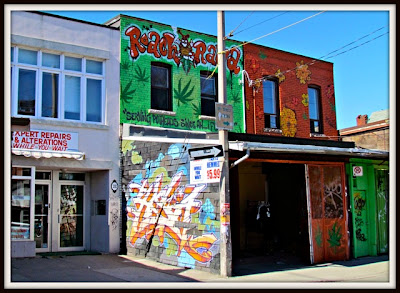 I like things colourful and interesting and a return trip to Kensington Market will be on my agenda on a warmer day. I am not sure I would want to live in a tiny apartment above a store here but I do like the idea of an urban neighbourhood where a car is not needed. The personal connections would not be as close as in the Paris Plains Church community but it would be possible to intersect with some people on a daily basis. 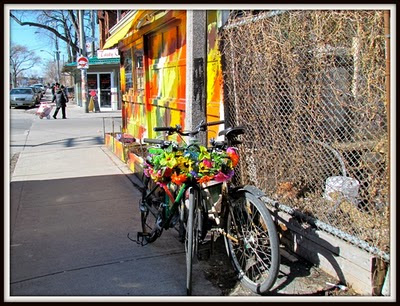 In these days of rising fuel prices we have to consider ways to decrease our dependence on the automobile. My life would be very inconvenienced without my vehicle because we live in an area of suburban sprawl and conduct all our daily business away from our neighbourhood. There is no easy solution for us at this time in our lives.
Posted by Ruth at 9:01 pm

Email ThisBlogThis!Share to TwitterShare to FacebookShare to Pinterest
Labels: environment, people and places