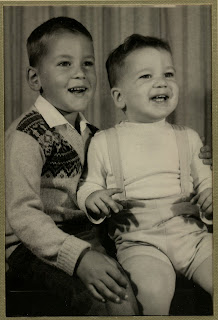 Philip on the left with our brother Mark
When I started this blog almost a year ago, I referred to individual family members by "screen names" in an effort to protect their privacy. The blogosphere has been a friendly place and I am more comfortable with talking about family and friends and more specifics of my life. One of my earliest posts mentioned my brother, Philip, who I called El Granjero, or The Farmer.

Philip is the middle of five children and was born strong and independent. A man of few words, he is determined, stubborn without being argumentative, and an incredibly hard worker. There has been little he has set out to do that he has not accomplished. When my parents moved to Mexico in the mid 1970's he lived with my husband and I in Canada for a year or so while he completed high school. He worked at a pig farm, and used his earnings to get his pilot's license at our local airport, hitchhiking out to his flying lessons. After he graduated, he went to Europe for a few months with a couple of friends, a backpack and a Euro Pass. After this he attended Bible School in Texas and worked at a plant nursery to earn his way. 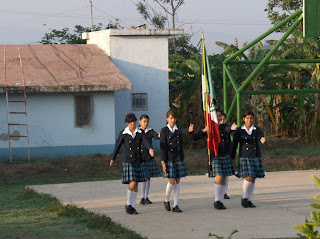 Now he is a pastor, teacher and the administrator of a middle school in Mexico, but in his heart he is a true farmer. On his property he has planted hundreds of trees and has had a variety of farm animals as well. He loves his country way of living and for relaxation will climb a mountain or seek out a deserted beach for the day. Like all the children in our family he learned to play more than one musical instrument and is a gifted musician. 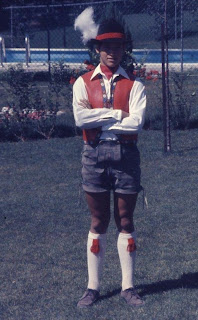 He likes solitude but also works well with large groups of people. Philip is very humble and is reluctant to talk about his accomplishments. I find it is like pulling teeth to get him to tell me what he is up to. I have been trying to keep a web page updated for him when he is inclined to share something about his life. I have tried to phone him this weekend, but he is very difficult to pin down. So I have published his birthday greeting which he may see the next time he goes onto town to the internet cafe. 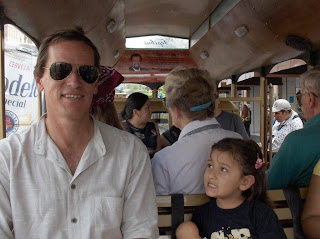 Philip with his youngest daughter, Vanessa

Blessed is the man whose strength is in You,
Whose heart is set on pilgrimage.
As they pass through the Valley of Baca,
They make it a spring;
The rain also covers it with pools.
They go from strength to strength;
Each one appears before God in Zion.