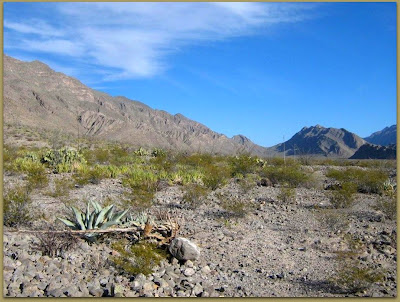 The Becka and her dad arrived home last night from Mexico to an early Canadian winter storm. The first thing she did when arriving at the house after midnight was to throw herself down in the front yard to make a snow angel. The dust of the Coahuila desert was still on her shoes. Such is the nature of modern travel.

She took the pictures here two days ago while on an outing with her uncles, aunts and cousins. This landlocked state is not really a tourist destination for those who are looking for beaches and resorts. Vegetation is sparse and scrubby mesquite and cacti dot the landscape. 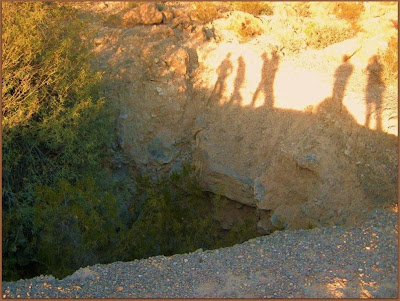 I like this picture of the group as their shadows are cast on the rock by the setting sun. They had spent the afternoon exploring a cave, climbing a steep mountain slope, and walking across the large open spaces. The sky was spectacular as the sun set in the early evening. The nights are very cool at this time of year with temperatures less than 10C in the early morning hours and the daytime values are in the low 20s. Perhaps this is best time of year to explore the desert and enjoy its stark beauty. 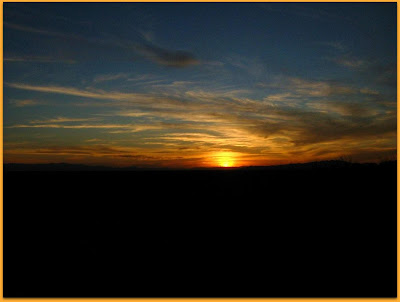 All photos by The Becka