Does the Sky have Borders? 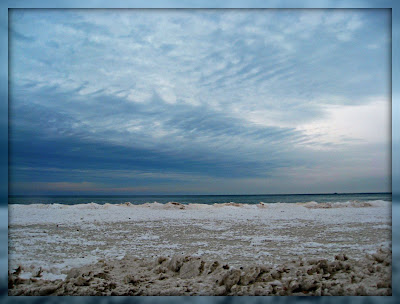 Borders are scratched across the hearts of men
by strangers with a calm, judicial pen,
and when the borders bleed we watch with dread
the lines of ink along the map turn red.
Marya Mannes
Much conflict occurs because of man made borders. Lines drawn by the victors after the two world wars continue to trigger ethnic violence. The world map is constantly changing and is very different than it was even twenty years ago. 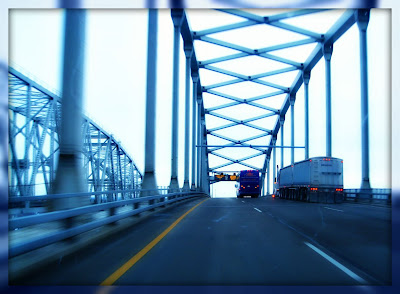 This week we drove across the Blue Water Bridge which spans the St. Clair River between Sarnia, Ontario and Port Huron, Michigan. It took about two minutes to present our passports and go through the USA immigration check point as the officer joked with us about the short shopping trip we had planned at the local mall. Two white Canadian women pass through this border very quickly. 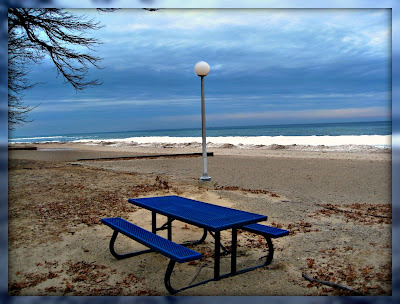 I am very aware that I am in a different country as soon as I drive into Port Huron. The speed limit is posted in miles per hour rather than kilometres per hour. Gas prices are per gallon rather than per litre. The traffic signals dangle from wires rather than being affixed to a pole. The stores, schools, hospitals, homes and flags all have a different look. People tend to drive larger vehicles and the parking lots are filled with trucks and SUVs and rather than compact cars. The people speak with a different accent but are most welcoming and helpful. This is a friendly border. 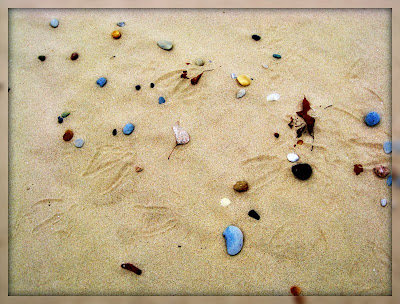 Who drew the line in the sand and said this is America and that is Canada? I doubt many of us today could answer that question. The birds who left these prints on the beach fly freely in the skies and land in both countries. Nature is not limited by man made boundaries.

Will these borders always be secure and peaceful?

Their past has seen violence and if history teaches us anything, the future will likely host conflict again. I truly hope not, but pivotal events that change the present can occur very quickly. 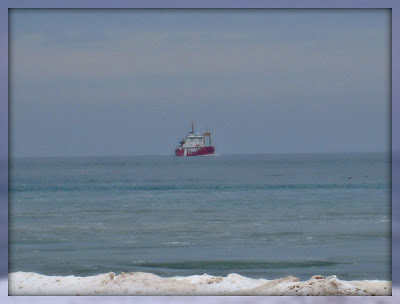 I stood on the deserted beach looking across the water at my country. The skies were layered with colour and textures as high clouds were pushed along by cold winds. Ice was piled up at the water's edge even though the lake appeared to be open. A boat appeared through the distant mist in the horizon and approached the area where the water from Lake Huron drains into the St. Clair River on its way to the Atlantic Ocean. 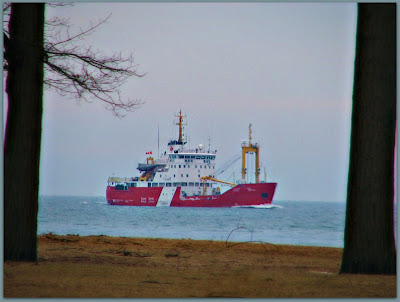 It was a Canadian Coast Guard vessel patrolling that line in the water. Yes, we have borders on the land, in the water and even in the sky. As I hear the news about the current fighting in Gaza and other areas of the world I am appreciative of the peace we enjoy with our near neighbours.

May it always be!

Follow this link for more SkyWatch posts from around the world.
Posted by Ruth at 12:36 am