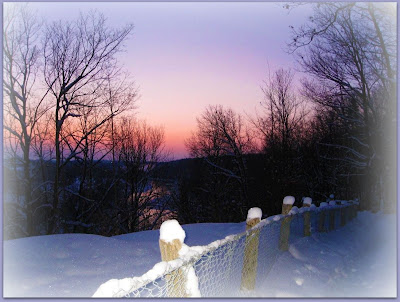 "So let us mark this day with remembrance, of who we are and how far we have traveled. In the year of America's birth, in the coldest of months, a small band of patriots huddled by dying campfires on the shores of an icy river. The capital was abandoned. The enemy was advancing. The snow was stained with blood. At a moment when the outcome of our revolution was most in doubt, the father of our nation ordered these words be read to the people: "Let it be told to the future world...that in the depth of winter, when nothing but hope and virtue could survive...that the city and the country, alarmed at one common danger, came forth to meet [it]." 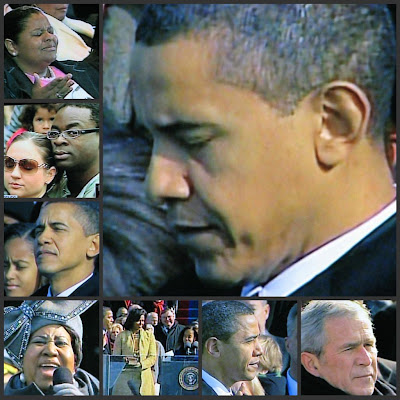 Collage of pictures taken with my camera while watching CNN

America. In the face of our common dangers, in this winter of our hardship, let us remember these timeless words. With hope and virtue, let us brave once more the icy currents, and endure what storms may come. Let it be said by our children's children that when we were tested we refused to let this journey end, that we did not turn back nor did we falter; and with eyes fixed on the horizon and God's grace upon us, we carried forth that great gift of freedom and delivered it safely to future generations." 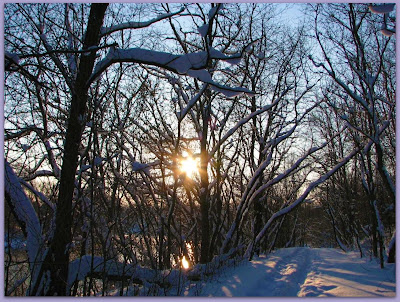 Early morning walk by the river

I went for a pre-dawn walk along the river this morning in bitterly cold temperatures and watched the sun rise over the winter landscape. As the sun rose in the sky, the clean white snow on the trees and ground was illuminated creating a pristine image of the brand new day.

Thawing out in front of the fireplace at home I watched the inauguration of Barack Obama and was moved to tears by the words spoken, the prayers, the music and the response of the millions of people watching the ceremony. It reminded me of the clean snow and bright sunlight I had seen earlier in the day.

America is presented with a new day, a clean slate, fresh hope and a challenge for the future. The trail I walked will become muddy in the spring as the seasons transition. America will continue to face its problems in the weeks and months ahead. I pray for the green of spring, the fruitfulness of summer and the abundance of autumn for our friends and neighbours in United States.