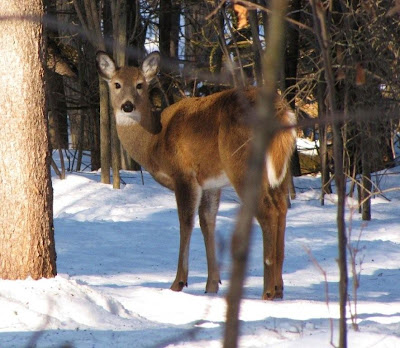 The City of Ottawa has a publicly owned Greenbelt which consists of a 20,000-hectare expanse of land which includes wetlands, farmlands and forests. Hiking opportunities abound in the Greenbelt and the admission free trail network extends over 100 kilometers. The Greenbelt includes Stony Swamp Conservation Area, Piney Forest, and the Green’s Creek. (Source: The National Capital Greenbelt) 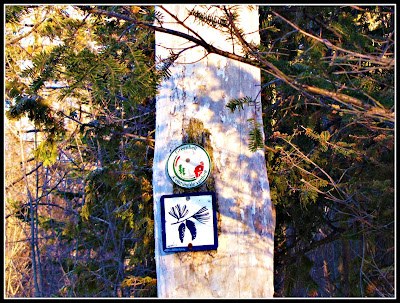 I visited the Greenbelt, which is situated on the Ontario side of the Ottawa River, and chose the Jack Pine Trail, one of the easy trails within Stony Swamp. This area was reforested with Jack Pine trees about forty years ago. Jack Pine is a native evergreen which grows well in poor soils. It is a small, sometimes shrubby, irregularly shaped tree that can thrive in sandy or rocky locations. The cones can remain closed for many years and will open when exposed to the extreme heat of a forest fire. 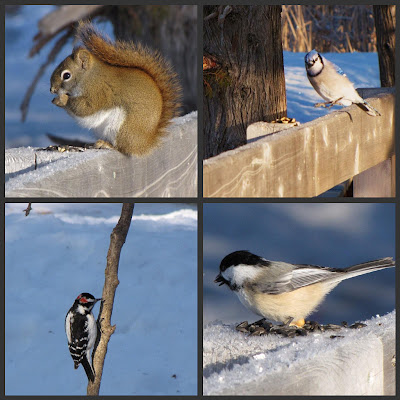 The fall of their needles creates an acidic soil which is favourable for the growth of wild blueberries. The endangered Kirtland's Warbler nests only in stands of young Jack Pines and many other forest birds and animals find refuge in the shelter the trees provide. 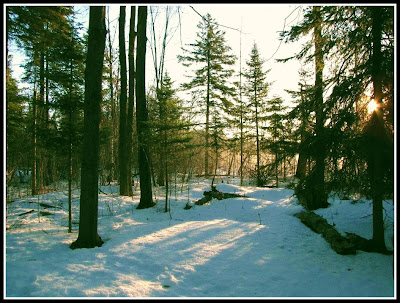 The Jack Pine woods were not dense like some bush areas in our area of south-western Ontario. Other trees also grew in this swampy area including cedar and white birch. The most abundant mammal I noticed was the Red Squirrel. We have a few of them in our area but they were far more numerous here than the larger Grey and Black Squirrels. I heard their loud chatter and watched several high speed territorial chases. 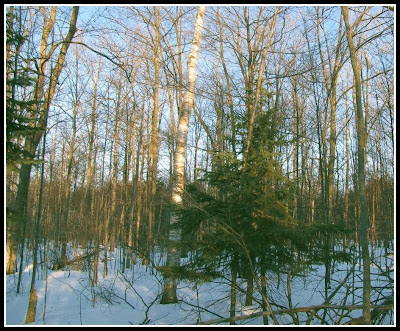 The Jack Pine Trail is off limits for dogs. Much as I love dogs, the irresponsible behaviour of owners who allow their animals to defecate and run loose on public trails is most annoying. Spring thaw reveals the extent of this problem on the trails near our home. 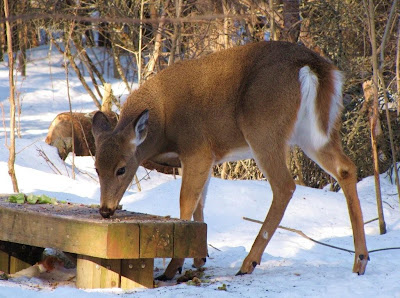 Because of the thin forest cover, the absence of dogs and the generous food donations from regular visitors, White-tailed deer were very easily seen in the area. I rounded one corner and came face to face with a doe who hardly startled at my appearance. She moved aside as I walked by and then came back with another deer to enjoy the carrot pulp left by the man I described in a previous post. This same man told me about the many snakes and frogs that are found in this swamp in the spring (as well as the blackflies and mosquitoes).

And I decided that winter was the perfect season to explore these trails!

Anvilcloud, a veteran blogger, lives in the Ottawa area and has visited this trail. His pictures of the deer are really worth seeing here and here. (I particularly like the second post)
Posted by Ruth at 8:59 pm