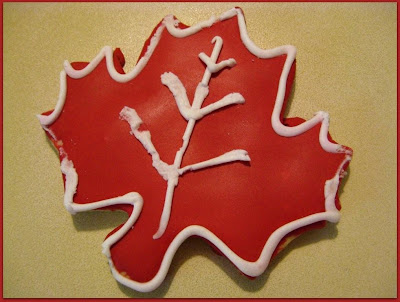 My husband was in Ottawa this past weekend after the visit of President Obama. He had some time to go to the ByWard Market and found 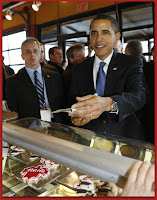 "Obama Cookies" for sale at the bakery stand where the president had purchased the red maple leaf treats. They were selling well as people lined up to buy a little piece of the week's history. The vendor had a good marketing edge over other sellers with the new name of his cookie. And I don't blame him for taking advantage of the short-lived fame he has earned. Tim brought two home for us and the large cookies were very tasty indeed, made with good quality fat.

Today is the day to get rid of all the fat in the house in preparation for the start of Lent tomorrow. In times past, Lent coincided with lean times at the end of winter when food, particularly eggs and meat were less available.

It is easier to fast if the cupboard is bare.

I have read that a few churches are encouraging their adherents to reduce their carbon footprint in this season leading up to Easter rather than giving up chocolate or sweets.

It is easier to do this when the economy is taking a prolonged nose-dive and jobs are being lost in large numbers. 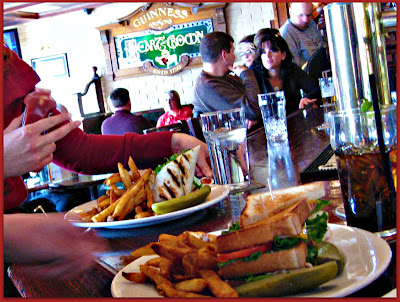 "Cutting the fat" has more than one meaning this year. The big automakers are doing it, my employer is doing it, and many people are doing it through no choice of their own. My father emailed me an interesting article yesterday about the current economic crisis. A Financial House of Cards written by Mark Levine outlines history and attitudes that led up to the events that are now affecting the entire world. I found this comment on our society most interesting;-

People's identities were now increasingly defined by what they consumed rather than their religious beliefs or social actions.

The size of one's home, car and flat-screen TV, or the price of one's clothes, mobile phones and holidays became of paramount importance.

This economic ideology - based on the possibility, and desirability, of limitless growth - created an ethos of rampant materialism and individualism.

This attitude led to a borrowing binge that was not sustainable. 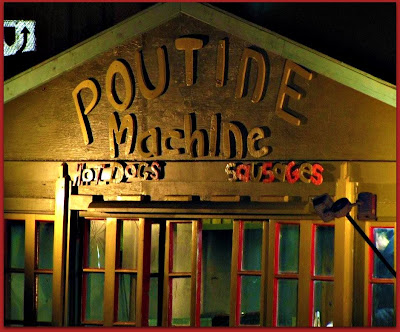 On one hand we are being encouraged to save our money, and on the other, to spend in order to boost the economy. These mixed messages are very confusing.

What do we really need? Our basic needs of food, water, clothing and shelter have enlarged to include a car, cell phone, cable TV, computers, internet and much more. One of my patients had an absolute melt down last week because she could not afford the TV hookup above her hospital bed. It didn't matter that the patient dining room has cable TV available to anyone, she felt she deserved her own unit. And she is no different than many other people, including myself. I don't care if I have TV, but I sure like my new camera and would be upset to be without high speed internet. I went to Walmart to buy two buttons the other day and walked out with $30.00 of merchandise. How did that happen? Retailers know how to display those things we think we need at the ends of aisles and around checkout counters.

For the next six weeks I have decided to make an effort to buy only what I need. I will try to stop and think before I pass money or a credit card over the counter and ask myself why I am making the purchase. I plan to keep track of the money saved and give it to a worthwhile charity. My "needs" may be hard to define at times, but this cutting of the fat before I really have to do it will undoubtedly be an interesting exercise in self control.
Posted by Ruth at 8:06 am