Half Way to Spring 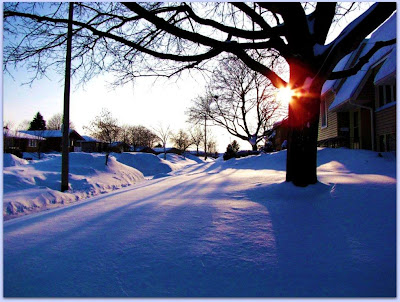 Our front yard, February 1, 2009
If today be sunny and bright,
Winter again will show its might.
If today be cloudy and gray,
Winter soon will pass away.
My niece, Jaspenelle wrote a very interesting post yesterday about Oimelc (or Imbolc), a festival day in Celtic culture which marks the half way point between the winter solstice and spring equinox. Groundhog Day, which is today, likely has its origins in this Pagan tradition. 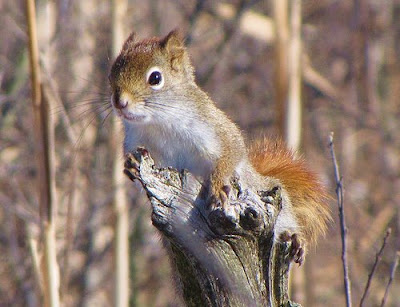 Christians do not attach spiritual significance to observances of nature, the seasons, or the movement of the sun and moon, but many Christian traditions, especially those to do with Christmas and Easter have pagan roots. Ancient people in northern climates anticipated seasonal changes as part of survival. February's full moon was called "the hunger moon" as man and animal faced dwindling supplies of hoarded food and had to work harder to find fresh food. It is not surprising that they would look for signs that would point to an early spring. 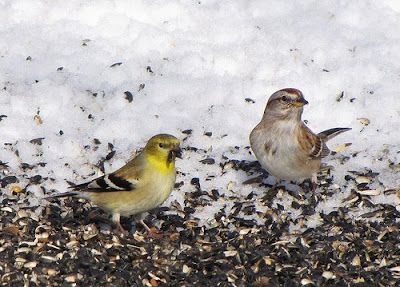 Yesterday was beautiful and sunny with temperatures near the freezing mark. It was a day for walking without hat or gloves, and even though the snow is very deep, the air felt like spring was possible. People were out in large numbers enjoying the day. I walked the trails with some friends and we saw a lot of bird and animal activity. 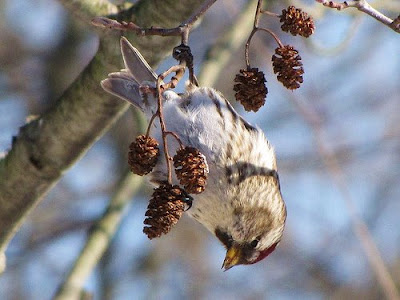 This morning is also clear and sunny. According to the proverb above that means "winter again will show its might". Living in Canada, we know there will be more snowstorms right into April. February is the month of winter festivals including Winterlude in Ottawa and the Quebec Winter Carnival or Carnaval de Québec.

"Canada's foremost furry forecaster, Wiarton Willie, saw his shadow this morning as he emerged from his den. According to tradition, Willie's glimpsing of his shadow means there will be another six weeks of winter."

Oh well, we knew that would be the case whether he saw his shadow or not.