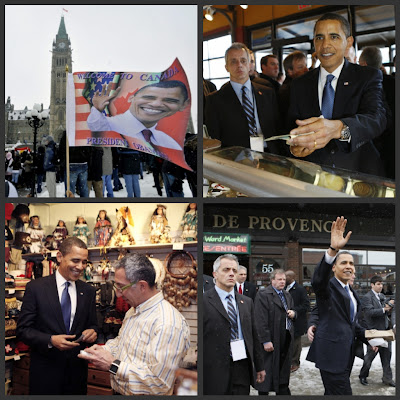 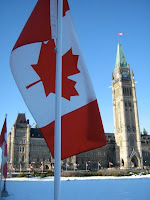 As we were getting ready to leave Ottawa on Monday, preparations were well underway for President Barak Obama's visit to Canada. Barricades were being erected around Parliament Hill and dozens of Canadian flags lined the walkways. This was a working visit rather than a state visit and Canadians were informed that there would be little opportunity to see the president. However, thousands lined the streets beginning at dawn for the chance to catch a glimpse of him. A busload of people from our city travelled six hours each way today in hopes of seeing their hero. By all accounts the day was a huge success. Obama waved to cheering crowds from behind bullet-proof glass in front of Parliament. 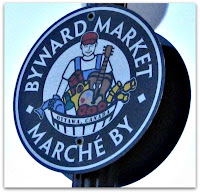 On the way back to the airport, he made an unexpected stop at ByWard Market to the delight of many common citizens.

ByWard Market in downtown Ottawa is the oldest commercial and residential district in the city. It opened originally in 1848 and the current market building was constructed in 1926. The market district is home to an eclectic mixture of farmers market stalls, boutiques, galleries, cafés, pubs and clubs. It was my favourite area of the city and we visited it twice when we were in Ottawa. 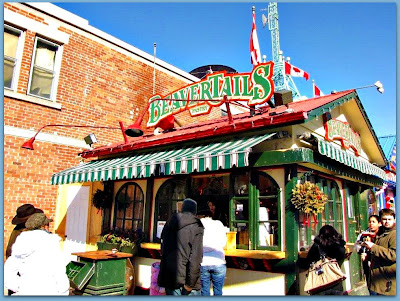 BeaverTails are a locally famous treat and we enjoyed them for the first time at the market. They are large pieces of deep fried dough shaped like the tail of a beaver, sprinkled with cinnamon sugar and optional toppings. I had one with apple topping and was stuffed after eating half of it. President Obama stopped and bought one at the same shop we had visited. He then went into the market and purchased some treats for his children to the surprise of the vendors and shoppers who were there. 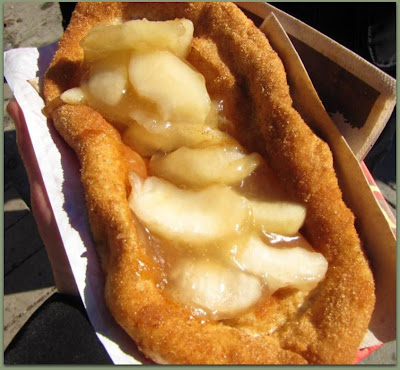 The president's visit was not about food and shopping but he has endeared himself to the people of Canada with his lack of arrogance and down-to-earth friendliness. His awareness and interest in our culture and citizens is completely unlike the the last president's attitude towards Canada. There will be inevitable disagreements between our governments but hopefully they will be handled amicably and respectfully. 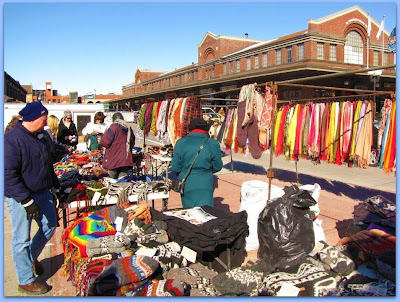 When we toured the Parliament Building last Saturday we were told that Queen Victoria selected this unlikely backwoods city as Canada's capital in 1857 for a number of reasons including its distance from the American border. It was hoped that American troops would get lost if they ever tried to march on the city. 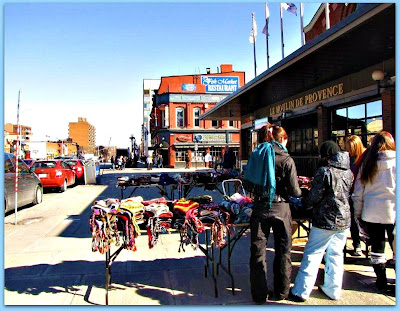 President Obama was photographed above at this entrance

Things have changed greatly in the last 150 years. Even 50 years ago few would have envisioned the first black American president visiting with our first black Governor General, Michaelle Jean in Ottawa.

And I think changes like this are a good thing. 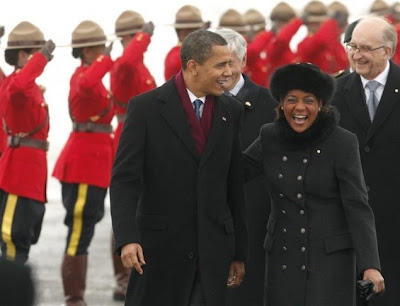 (Picture of the Parliament building and the Canadian flag taken by my eldest daughter)
Posted by Ruth at 8:14 pm