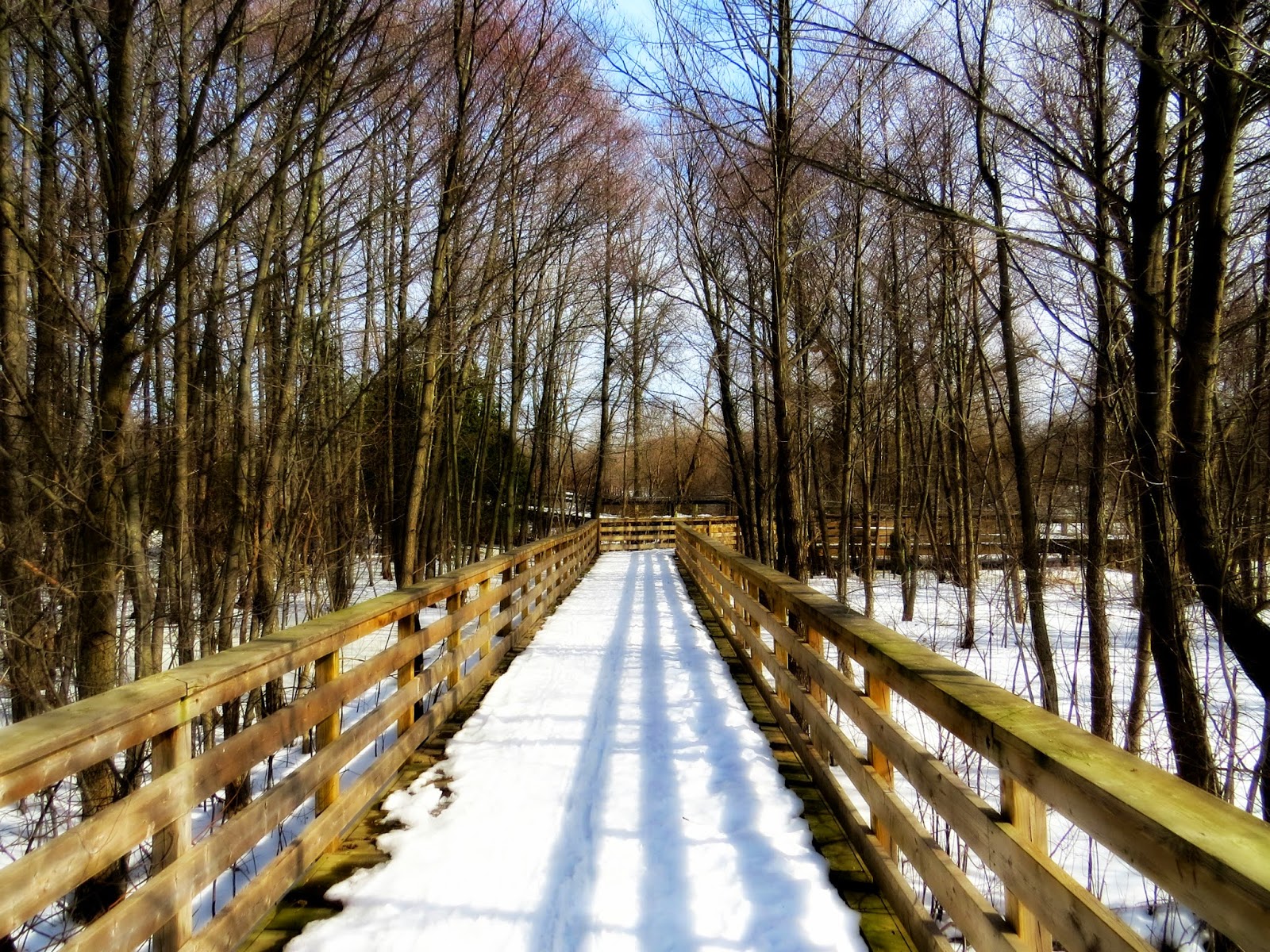 Several days of sunshine and above freezing temperatures have started a thaw and the promise of winter's end. Spring break started today and we are a week away from vernal equinox. It is time to look for early spring migrants. I usually see Red-winged Blackbirds and American Robins by the second week of March. A coworker who lives near me posted a picture of a Robin in her yard this morning. I looked in all the usual places for these two birds and did not hear or see either of them. 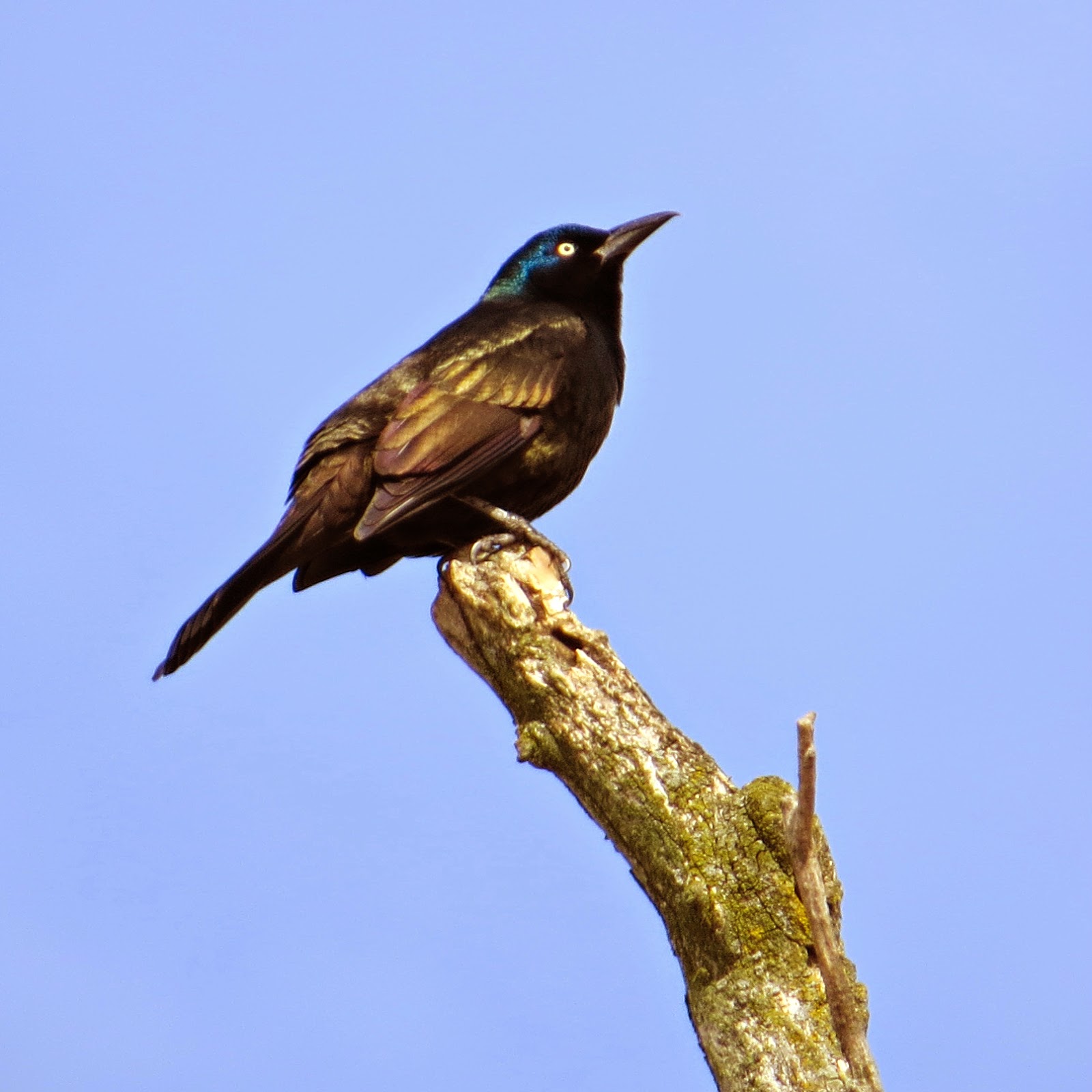 A Common Grackle- average return date to Ontario is March 7* 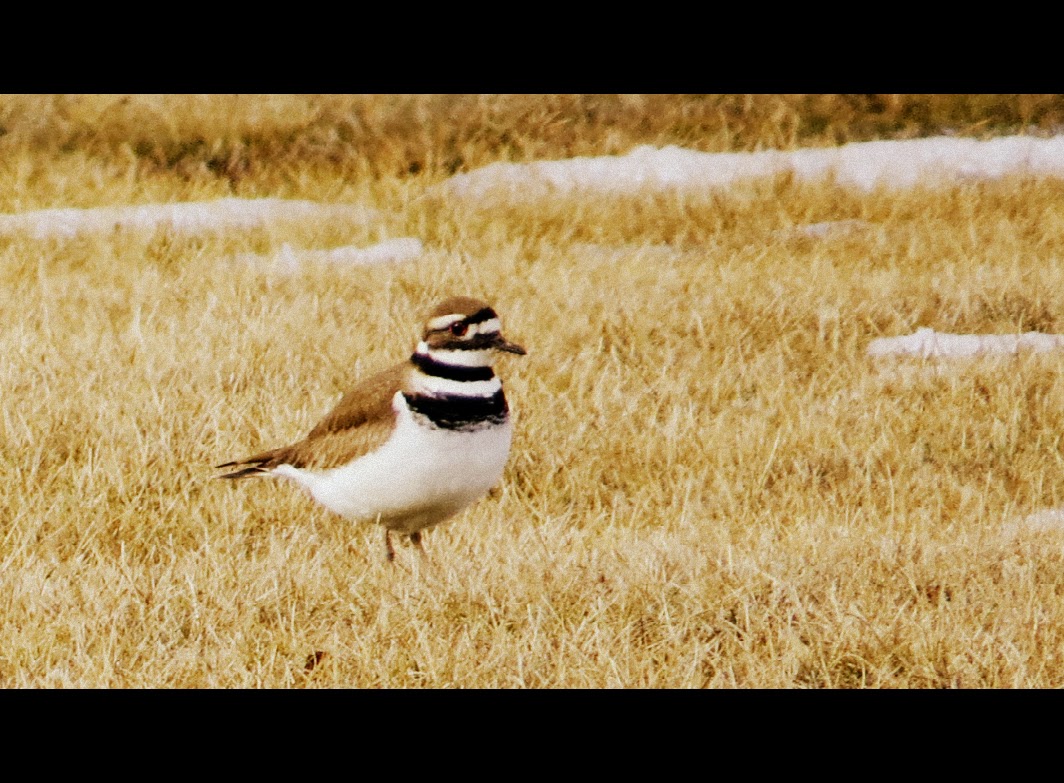 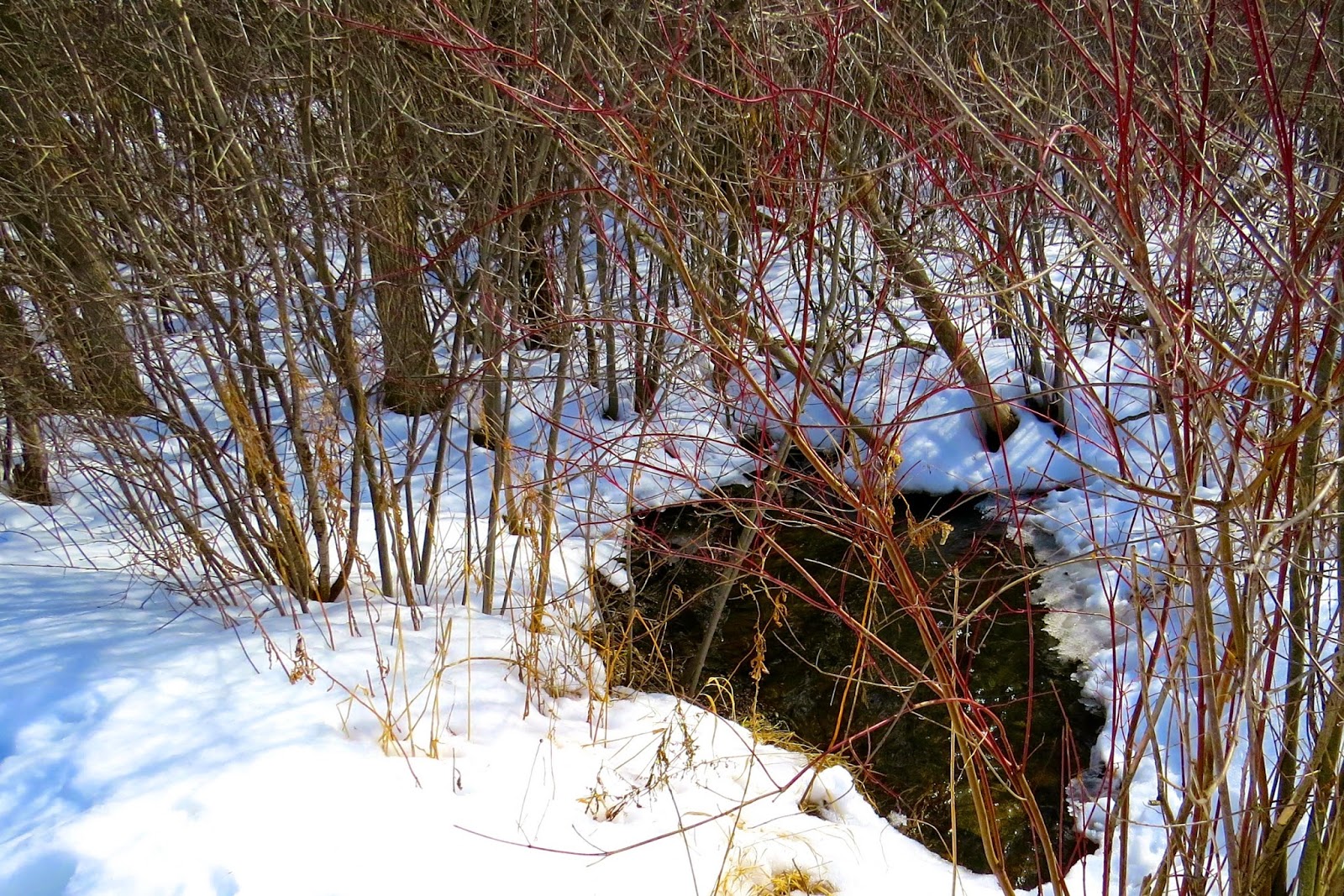 A small stream broke free of ice and snow and bubbled toward the Speed River. I saw my first and only American Woodcock right here a couple of years ago. They usually arrive around March 12.
Red-winged Blackbirds return on March 4 and American Robins on March 10 on average so I expect to see them in the next few days. There are very few trees with berries or fruit and the ground is frozen solid so there is not a lot of food for Robins right now.

I didn't take a picture of the girl walking by in shorts and a t-shirt. After all it was 5 degrees celsius which is about 35 degrees warmer than the morning temperature less than a month ago on February 16th. And that is something to celebrate!


*dates are from Mike Burrell's blog
Posted by Ruth at 9:32 pm

Email ThisBlogThis!Share to TwitterShare to FacebookShare to Pinterest
Labels: birds, seasons of life