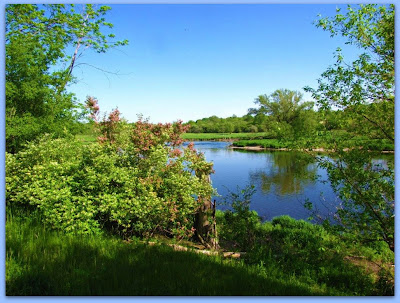 I spent a couple of hours on a beautiful Sunday afternoon meandering downstream on foot along the Grand River. Many communities in our region are built along this river. Native people fished and hunted along its banks for many generations before settlers arrived from Europe. 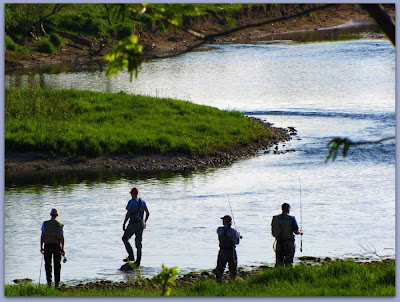 Dense bush was cleared and swamps were drained but the river continued to provide transportation, water, food and life for all. We are still drawn to the river even though most use it for recreation, not their livelihood. Rivers are symbolic of many natural and spiritual truths. We used to sing the song in Sunday School, "I've got peace like a river...in my soul", and its simple tune and lyrics stick in my mind to this day. I don't imagine I ever thought about the meaning of the words as a child. 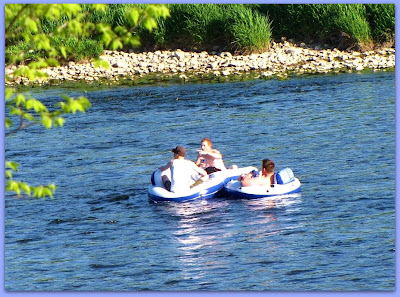 Horatio Spafford, writer of the great hymn It is Well with my Soul, compared peaceful rivers and sea billows with the various events he had experienced in life. His only son died in 1871 and his four daughters perished at sea on their way to Europe with their mother. She alone survived. He later wrote,
"When peace like a river, attendeth my way,
When sorrows like sea billows roll;
Whatever my lot, Thou hast taught me to say,
It is well, it is well, with my soul." 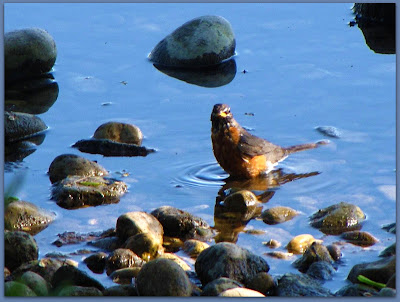 The river was peaceful today. I sat on a bench and watch the robin bathe in the shallow water. The bench was under several feet of water when the river raged in the December thaw a few months ago. 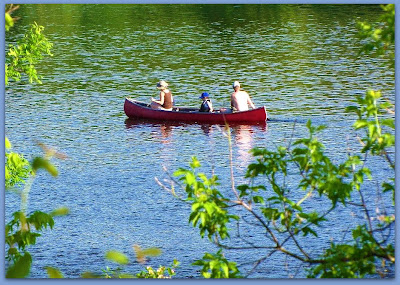 Rivers speak to us of life's journey. We all travel down a river, perhaps not one of our choosing. We do not know the twists and turns, rushing water and floods that may be ahead. Solomon wrote in Ecclesiastes 1:7
All streams flow into the sea,
yet the sea is never full.
To the place the streams come from,
there they return again. 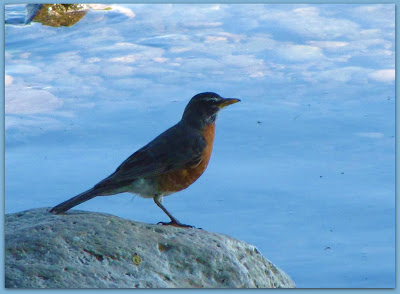 I have travelled this river from its headwaters to the place where it empties into Lake Erie and then continues its journey to the sea. There are rapids, deep gorges, flood plains as well as many, many peaceful and beautiful stops along the way.