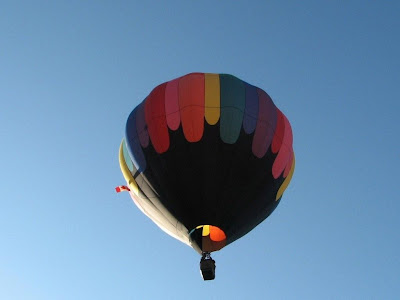 Oh! I have slipped the surly bonds of earth
And danced the skies on laughter-silvered wings;
Sunward I've climbed, and joined the tumbling mirth
Of sun-split clouds- and done a hundred things
You have not dreamed of - wheeled and soared and swung
High in the sunlit silence.
Hov'ring there I've chased the shouting wind along, and flung
My eager craft through footless halls of air.
Up, up the long delirious, burning blue,
I've topped the windswept heights with easy grace
Where never lark, or even eagle flew-
And, while with slient lifting mind I've trod
The high untrespassed sanctity of space,
Put out my hand and touched the face of God.

I memorized this beautiful poem in elementary school but at the time was just counting the lines toward the two hundred we were required to recite each school year. The poet, Gillespie Magee was only 19 years old when he died in a mid-air collision while serving with the Royal Canadian Air Force in WW II. He was the son of Anglican missionaries to China, his father an American from the Pittsburg area and his mother a British citizen. He joined the Canadian Air force in 1940 as America had not yet entered the war.

Man has many natural abilities on earth and in the water, but the human body was not designed for flight. Yet man has admired creatures who are able fly and has always yearned to soar upwards. The psalmist wrote in Psalm 55:6,

We aspire to reach the pinnacle, the summit, the stars! 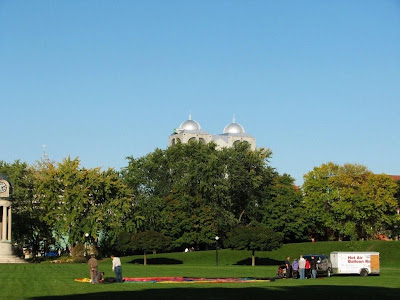 Hot air balloon rides are readily available in our region and calm morning and evening skies are often dotted with a number of colourful balloons. The park in the city centre has a large lawn where they can be launched. We watched yesterday, which was a perfect fall day, as a balloon was removed from a trailer, was stretched out on the grass and then inflated with a large (and noisy) fan. 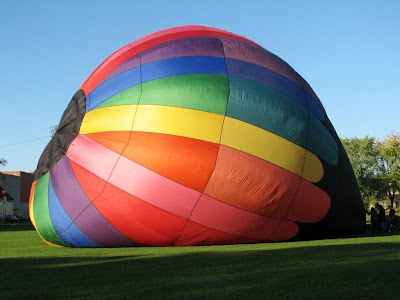 The passengers signed the contract and boarded the basket as a crowd of onlookers stood around and watched the sight. The entire process took about half an hour and the balloon was in the air, sailing over the city and countryside. 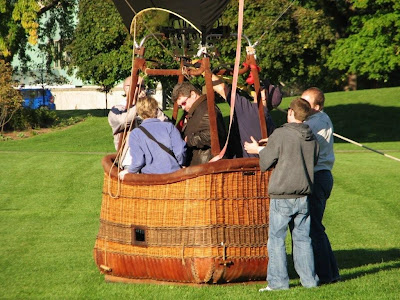 I took some movie clips and have put them together in this movie that is just over four minutes long. I used Windows Movie Maker as usual, but the Becka is going to show me how to use the much superior movie software on the iMac. She assures me the music track will be much improved.