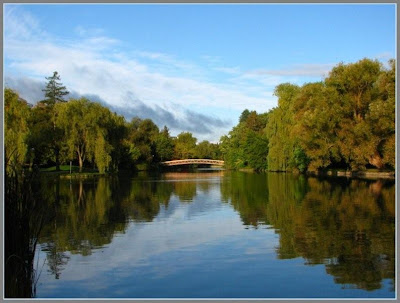 I mentioned in my last post that I was searching for the fully eclipsed Wood Duck who was reportedly seen in our urban park in the past few days. I saw it a few weeks ago as its new feathers were starting to come in and posted this picture. We had unsettled weather this week with rain every afternoon, but I managed to walk around the park three days in a row without finding the elusive bird. I went early in the morning just as the sun had risen but most of the birds were still sleeping or huddled together for warmth. I went on my noon hour and only saw the young Cormorant and a couple of Mute Swans. I went after work and got wet.

We're not telling you where the Wood Duck is!

Today I took advantage of a dry afternoon to visit some trails in the city. Darkness falls early now and birding is difficult to fit in after work. At our local swamp I found many birds including a few transient American Widgeons, a pair of Northern Shovellers, and Blue-winged Teal ducks.

On a river side trail I saw a large number of juvenile Red-winged Blackbirds and a flock of beautiful White-crowned Sparrows. My bird list for the day was approaching 20 species as I returned to my vehicle in the late afternoon. I decided to drive home via the city core once more as dusk approached... 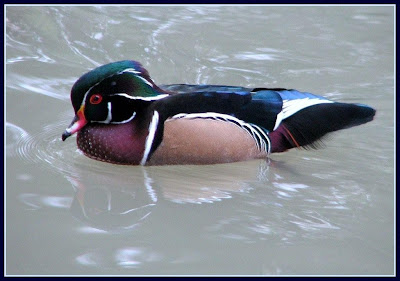 ...and found the duck. It was pecking in the grass with a group of Mallards on a boulevard near the roadway. I was concerned the group would walk out onto the road so I shooed them back to the water. This Wood Duck has a serious identity problem. It thinks it is a Mallard, swims like a Mallard now and dabbles in the water like they do. The juvenile Cormorant was also there and tried to fit in with the same crowd. 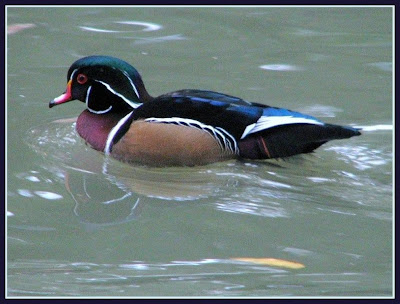 I don't know how this lone Wood Duck came to spend the season at the public park or how it became separated from its kind. But it is a beauty and I was glad to finally see it up close.
Posted by Ruth at 7:40 am