Visitors and Residents at the Park 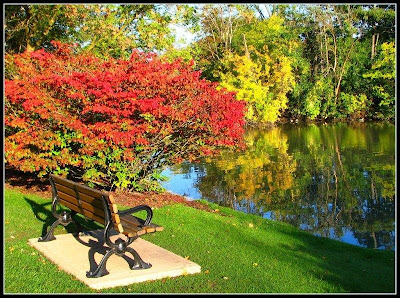 Our downtown park has sheltered some surprising feathered guests in the past few weeks. Black-crowned Night Herons fished along with the regular Great Blue Herons and a male Wood Duck spent much of the summer hanging out with the Mallards. A local birder reported seeing the Wood Duck in his full mating plumage this past Tuesday and I have gone twice to try and find him. It has turned quite cold and he may have moved on or perhaps is hiding on the small island. I cannot find him and it takes only about fifteen minutes to walk around the shoreline of the small lake and stream. 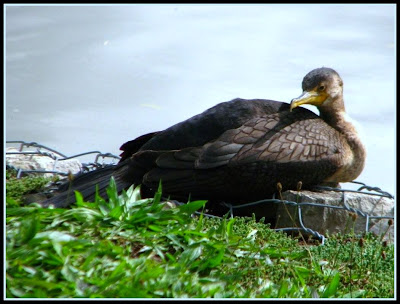 It was only 2 degrees Celsius yesterday morning and most of the ducks were huddled on the bank in groups. I spotted an unusual shape and found a young Cormorant amongst the Mallards alternately sleeping or looking around lazily. The bird allowed me to approach for a picture and gave me a rather bored look. 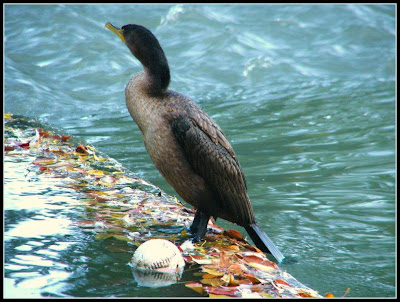 The same bird decided to do some fishing a while later and stood on a small dam where the creek entered the lake. A discarded baseball was nearby and it looked like the Cormorant was ready for a game. 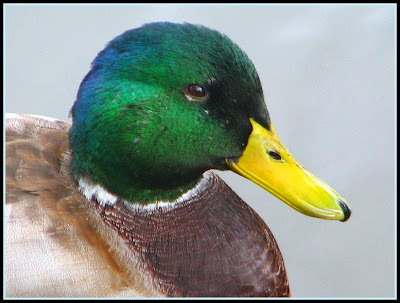 I was disappointed that the Wood Duck was missing but a group of Mallard Ducks caught my eye. These birds are so abundant that it is easy to take the striking appearance of the male's breeding plumage for granted. I had never noticed the bluish feathers on the back of the head before. With his white collar and rich brown breast he is a handsome fellow.

The Cormorant and Herons will soon be gone along with the Wood Duck and other visitors. The Mallards and (stupid) non-migrating Canada geese will reside for the winter. They will squeeze themselves near the moving water that freezes slowly in the cold weather. There are a few more weeks to look for migrating ducks. Northern Shovellers are hanging around a few ponds and Pintail ducks should be here soon.

This resident welcomes the new visitors.
Posted by Ruth at 11:32 am