With a Smile and a Song (and a little seed) 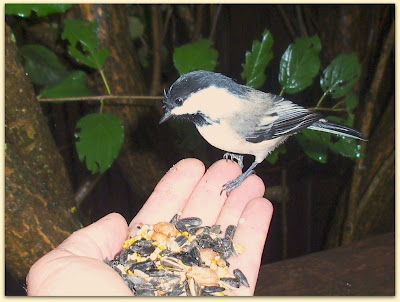 Chickadee on my hand (in the pouring rain no less!)

We have a small fenced in back yard that extends from a deck at the rear door of the house. My husband has spent a lot of time this summer putting a stone border around the flower beds and the results have been worth the effort. We have some mature trees now that house is over 30 years old and they attract more birds and wild life each year. I have not put bird feeders out since the winter but when I sit on the deck I place a few handfuls of mixed seed on the benches and stone borders. We have a nice raised bird bath and I also place a couple of water dishes on the ground for the shyer visitors. 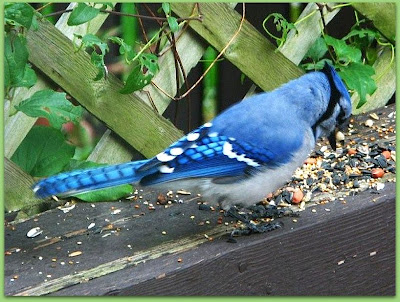 Blue Jay by the door

I have been rewarded with plenty of wildlife who have come to identify me as a source of food. Chickadees readily eat from my hand and the red squirrel and chipmunk are very close to to being tamed enough to come to me for seeds. A white-tailed bunny loves my arugula and stops by each evening. Migrating birds may appear for only a day but they can find shelter and food in the shrubs and trees. 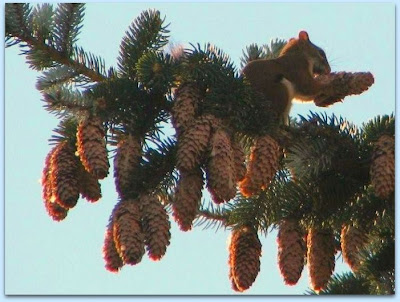 In the past week I have also had close encounters with a yellow warbler, chestnut-sided warbler, blue jays, white-throated and white-crowned sparrows, cedar waxwings, goldfinches, robins, house finches, white and red-breasted nuthatches, a swainson's thrush and our family of cardinals. 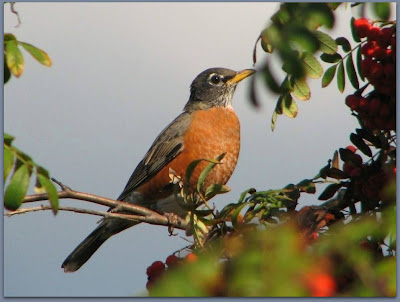 The mountain ash tree has plenty of berries this year and flocks of robins descend on it several times a day. The fruit has been the attraction for the waxwings and thrush as well. 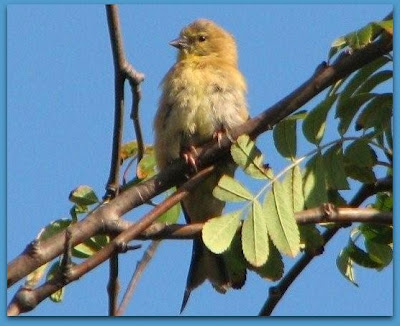 The warblers and goldfinches peck away at the bark for some reason, perhaps for insects of some kind. The goldfinches and chickadees also like the seeds from the dead heads of my purple coneflowers. 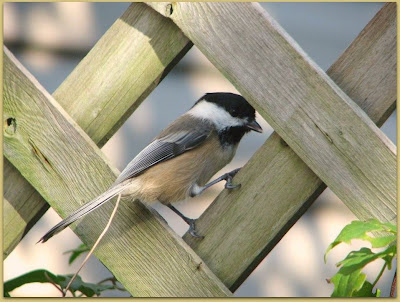 My daughters are trying to get me to sing With a Smile and a Song from Walt Disney's Snow White when this assortment of creatures surrounds me. I don't think anyone would want to hear me quaver out all those high notes! Perhaps I am closer to the Bird Lady from Mary Poppins.

My feeders will go up soon as I will be at work from dark to dark during the week as the days shorten. There is plenty of food in the garden for now though to keep the birds and small animals full until the snow flies.
Posted by Ruth at 7:27 pm