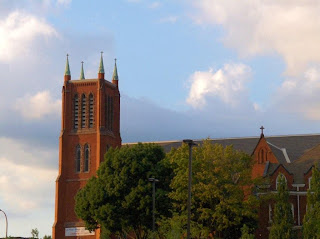 I have taught Sunday School for over 30 years now, mainly to children in grades 4-6. Curriculum and Bible translations have changed and the lessons have shifted somewhat away from Bible stories to a more a general and topical emphasis. Each year I notice that the children entering my class are less and less biblically literate. I generally start the year with a little quiz to get an idea of the knowledge level of the class. This year I was greeted my blank stares when I asked simple questions about the most familiar stories. A couple of times someone said, "Oh yes, I heard that story on Veggie Tales!" This is the series that retells the story of David and Bathsheba as King George and the Rubber Ducky and the story of David and Goliath as Dave and the Giant Pickle.

I always attended secular public schools but we did say the Lord's Prayer each morning and every Friday morning we had a non-doctrinal religion class based on the Christian Bible. We studied biblical history and read the Bible as literature. Children were allowed to opt out of the class, but few did. We all knew who Adam and Eve, Abraham, Isaac, Jacob, Joseph, David, Solomon, Jesus and the disciples were. 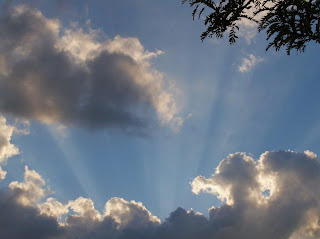 A couple of years ago as I was telling a story to my class, a young girl who was visiting the church raised her hand and asked,

I was almost speechless at hearing this very sincere question. How could a child reach the age of ten and not have a god-concept? I thought that all people, religious or not had some form of god-consciousness.

"I think for any educated person, it's absolutely essential to know something about the Bible. Whether a person is a believer or not, the Bible stands at the foundation of our form of civilization," he adds. The Bible's influence is impossible to ignore. There are more than a thousand biblical references in the works of Shakespeare alone. John Milton, Herman Melville, Ernest Hemingway all drew on the Bible, too. Then there's Rembrandt, Chagall and Da Vinci, who all put the Bible on canvas. Even the Declaration of Independence alludes to the Bible. But it's not just history -- the Bible is in pop culture as well. The movie "The Matrix" is so full of Biblical references people have written entire books about it. In the music world Kanye West raps about wanting to "see thee more clearly" in his hit, "Jesus Walks." It's even in sitcoms like "Desperate Housewives." No matter what you think of the show, Adam and Eve and the Biblical story of temptation comes into the nation's living rooms on the first school night of the week."

Author Chuck Stetson, who has written a textbook The Bible and its Influence, says,

"We are the first English speaking generation to have lost the biblical narrative. And that's amazing. And that's not right,"

Is it possible to lose knowledge this quickly? Judges 2:10 tell us that this very thing happened to the Israelites after they left Egypt under the leadership of Moses. The Message says it like this.

Eventually that entire generation died and was buried. Then another generation grew up that didn't know anything of GOD or the work he had done for Israel.

The Lord's Prayer is not repeated in schools and scripture memorization is a thing of the past. There are no religion classes in public schools any more. People are so concerned about separation of church and state that the Bible, the best selling book in history, is not even taught from a literary perspective. Can I teach a child enough about the Bible in 30 minutes a week that they will have a good grasp of its content and impact? Not likely, especially if what I say is not reinforced in their homes. One of my fondest childhood memories is of my father reading to the five of us from the book The Bible In Pictures for Little Eyes. He would read a couple of stories (with his added commentary) and we would beg him to read us another one and another one. I read the same book to our daughters.

It only takes one generation to lose the lessons of the past.

(I have read the Bible through many times and my favourite version is called The Narrated Bible (NIV) with narration by F. LeGard Smith. In this book the Bible is presented in chronological order with historical helps and references.)