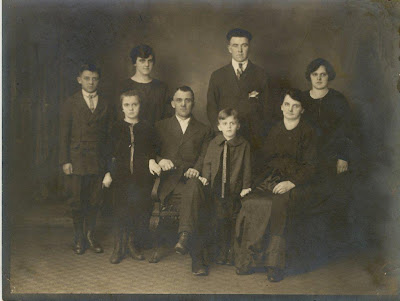 Standing between his parents, around the mid-1920's
Twenty years ago today, my father-in-law had the heart attack that ended his life. I remember the day clearly and can hardly believe so much time has passed. He had been admitted to a regional cardiac centre located 90 minutes from our home and was booked to have bypass surgery. We travelled there on a Saturday afternoon to visit him, but when we arrived, I could tell by the look on the faces of the staff that something unexpected had happened. He had a cardiac arrest earlier in the day and was already gone. We drove home again in shocked silence. 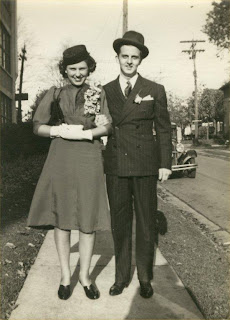 He was "Pa" to his grandchildren. Born in 1918 during the Spanish Influenza epidemic, he was the youngest in a family who farmed in the area, a family descended from the Mennonites who came from Europe in the 18th century. His ancestors, along with others from Pennsylvania, moved to Waterloo County around 1800. He learnt the value of hard work early and his work ethic brought him much success as a business man and entrepreneur in the city. While his business kept him occupied much of the time, family was very important to him. He worked along with his cousin in tracing the family tree back to their roots in Switzerland. His tough exterior softened greatly when he was with his grandchildren and he was a doting grandfather. 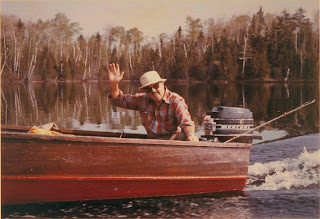 While he moved to the city at the age of 12, he always had the farm and a love of the outdoors in his heart. An avid fisherman, he and my husband went on many, many fishing trips. A few months before he died in 1987, they went on the fishing trip of their dreams and flew into Great Slave Lake in the North West Territories to catch lake trout of legendary proportions. He also was a hunter and loved to create tasty dishes with venison, moose and duck meat. I never ate game meat before I met the family and probably was the only person at university who had moose burgers for supper.

Today our daughter works as a registered nurse on the very floor of the hospital where her grandfather died. She cares for people who have had cardiac surgery and has a keen interest in that speciality. Pa would be so proud of her! And he can be proud of the rest of his children and grandchildren who remember him fondly, especially today.

My sister-in-law put this in our local paper today. 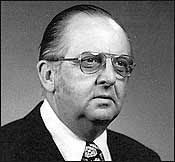 C.P. KINZIE August 20, 1918 - October 17, 1987
For a very special father,
grandfather and great-grandfather.
Gone for 20 years but never forgotten.
You will forever remain alive and well in our hearts.
Much love, your family.
Posted by Ruth at 5:32 pm