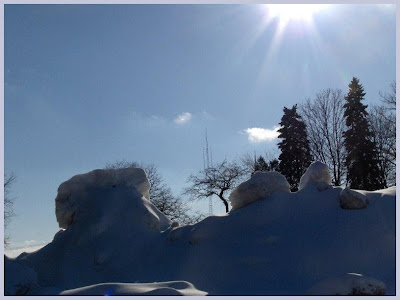 The hospital parking lot
I don't know when the winter weather is going to give us a break, but I am taking a March break for a week or so. Yesterday we were dumped with 20 cm of snow and the next snow storm is forecast for the weekend. Tempers are definitely flaring, even with die-hard winter enthusiasts who have had enough winter driving and shoveling. 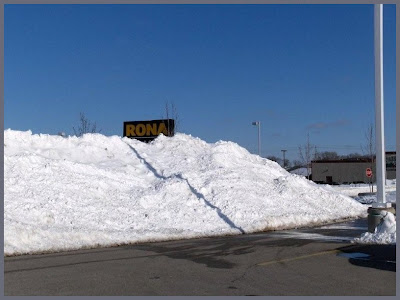 Lots of snow at the grocery store
My daughter called me to say the plow had gone down the street and she had tried to clear the end of the driveway. But she found it impossible to throw the heavy snow six to eight feet up on the snowbanks. The afternoon shift at the hospital found there were no parking spots left in the lot when they came in yesterday. It was a busy day, but many parking lot spaces are occupied by mountains of snow. 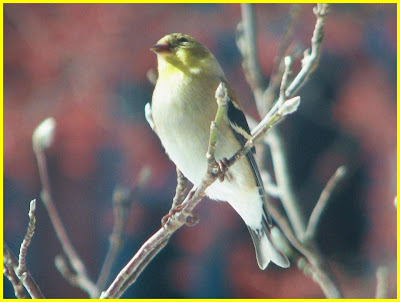 The sun shone after the storm. I noticed that our Goldfinches are also getting new feathers and are starting to show their new bright spring and summer colour.

See you soon...Hopefully it will be spring when I return!
Posted by Ruth at 6:04 am

Email ThisBlogThis!Share to TwitterShare to FacebookShare to Pinterest
Labels: seasons of life, this and that