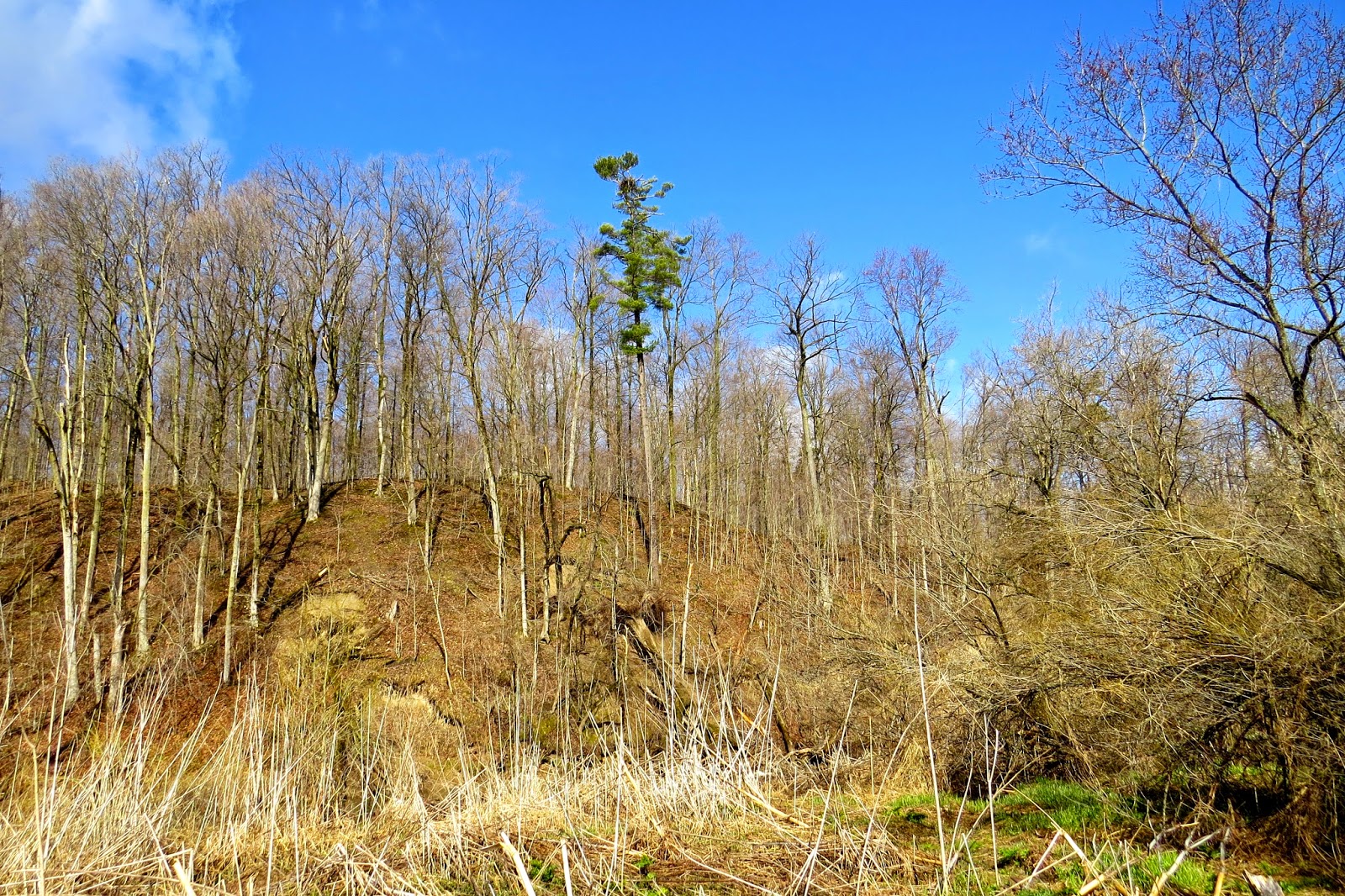 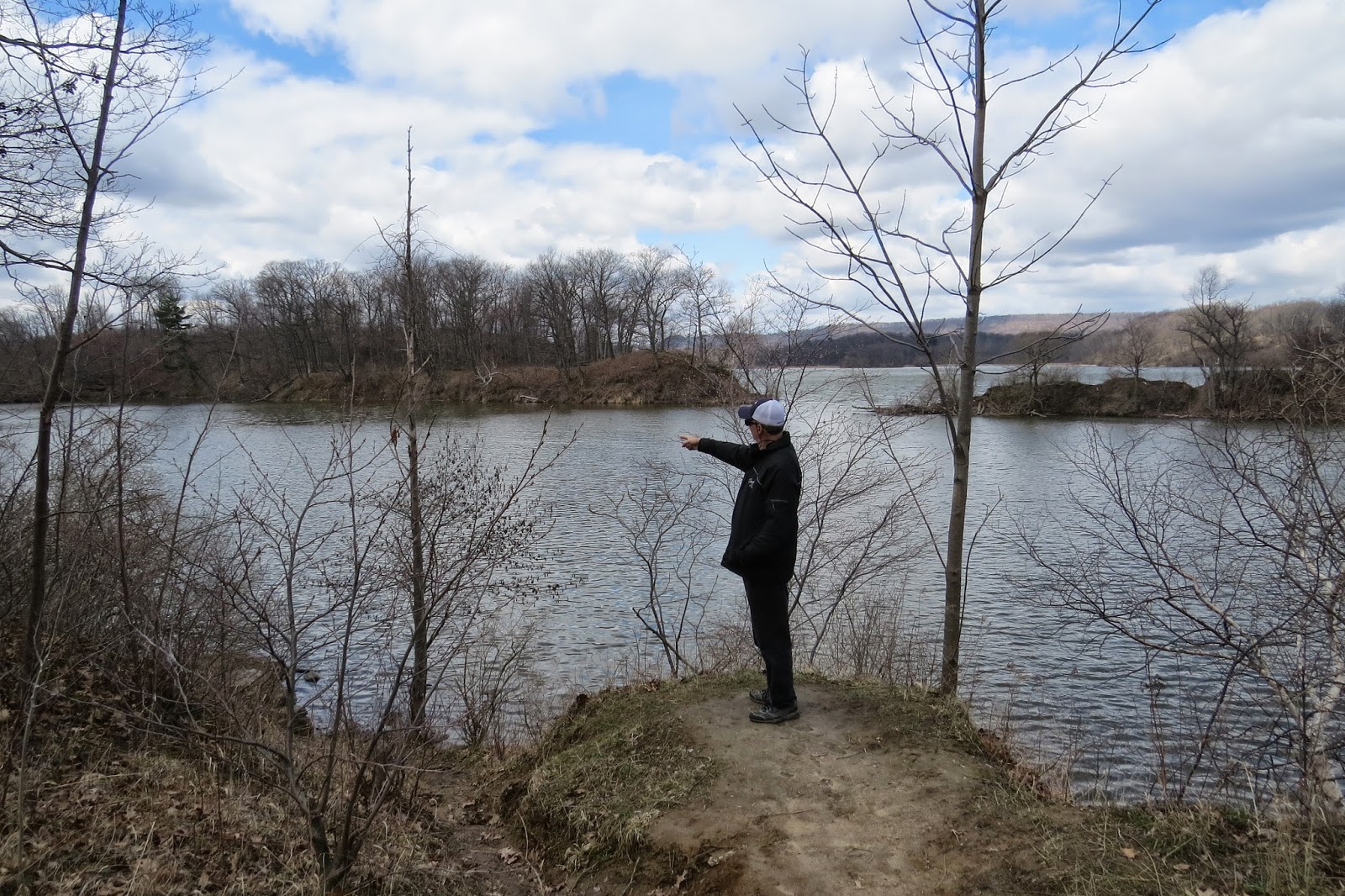 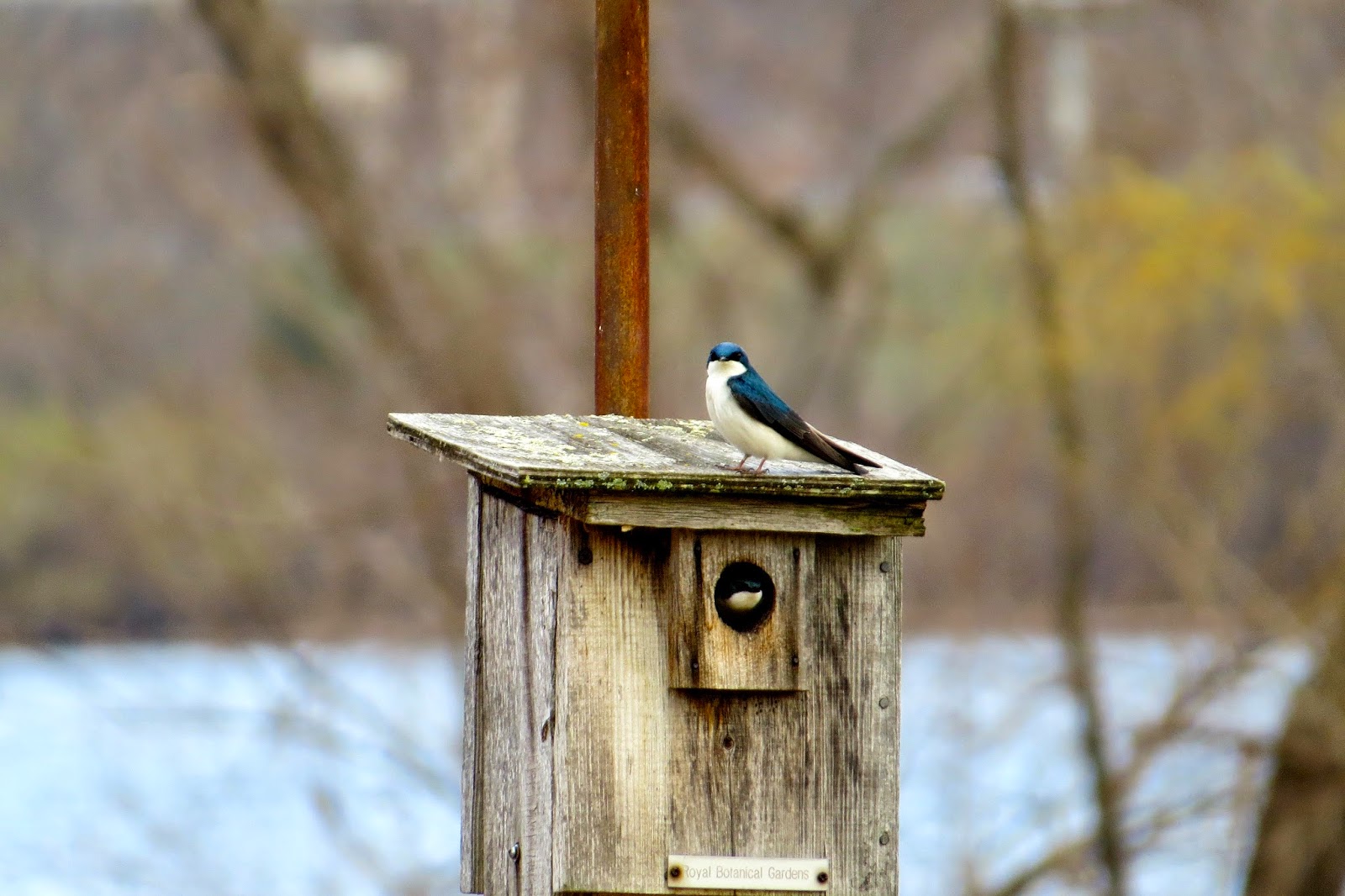 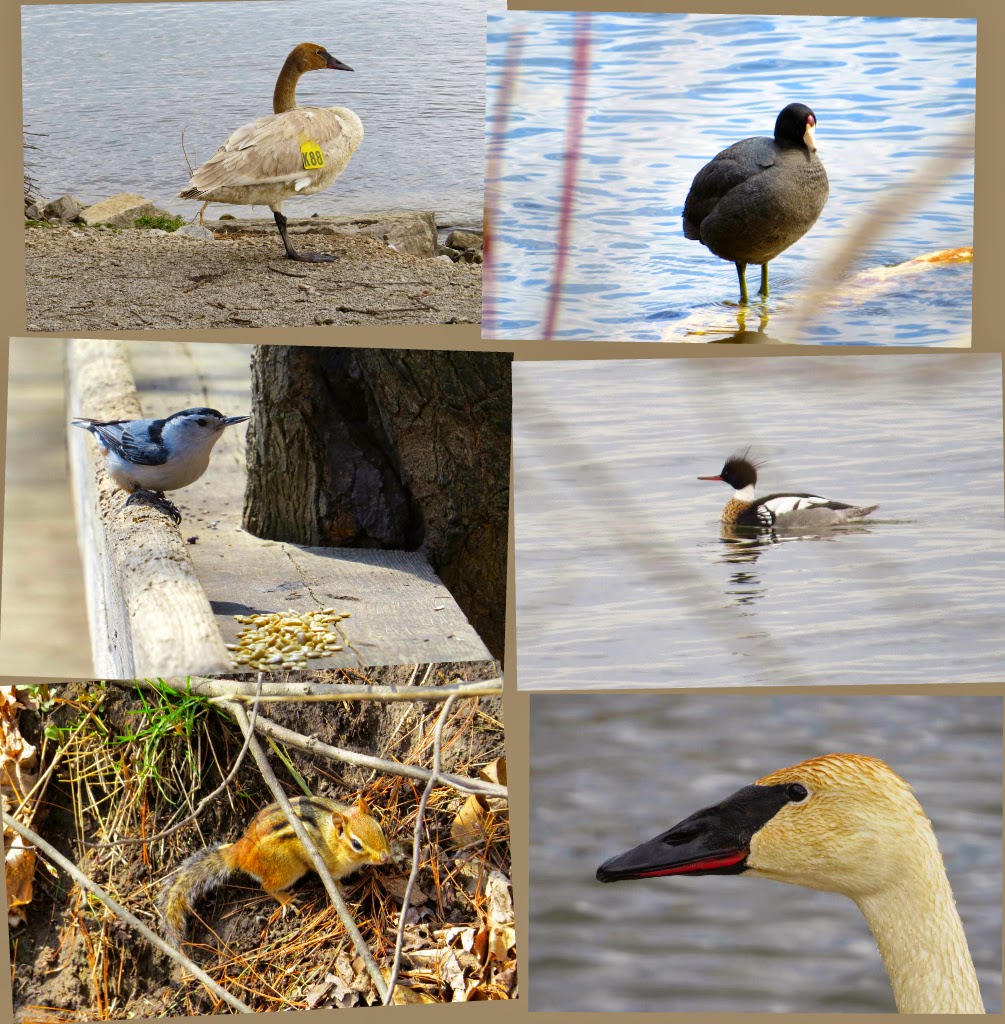 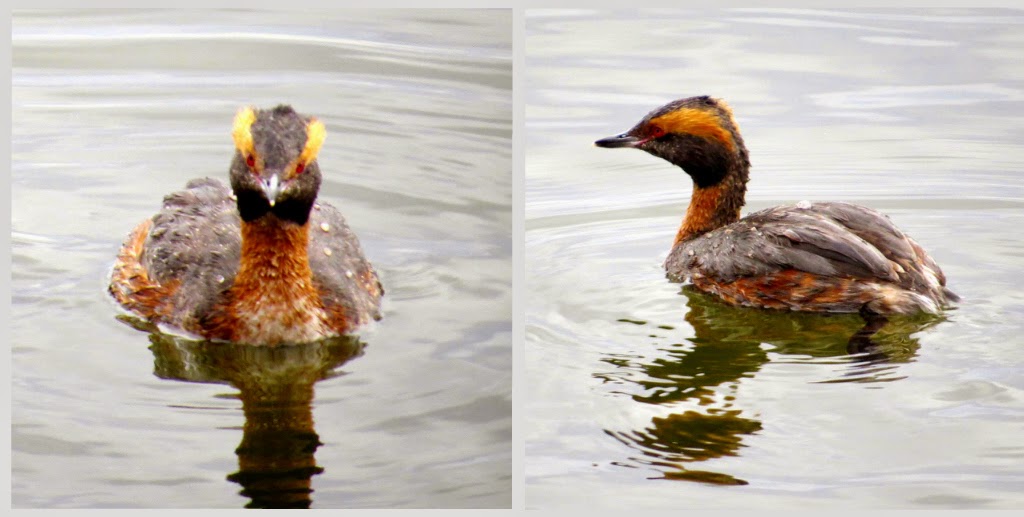 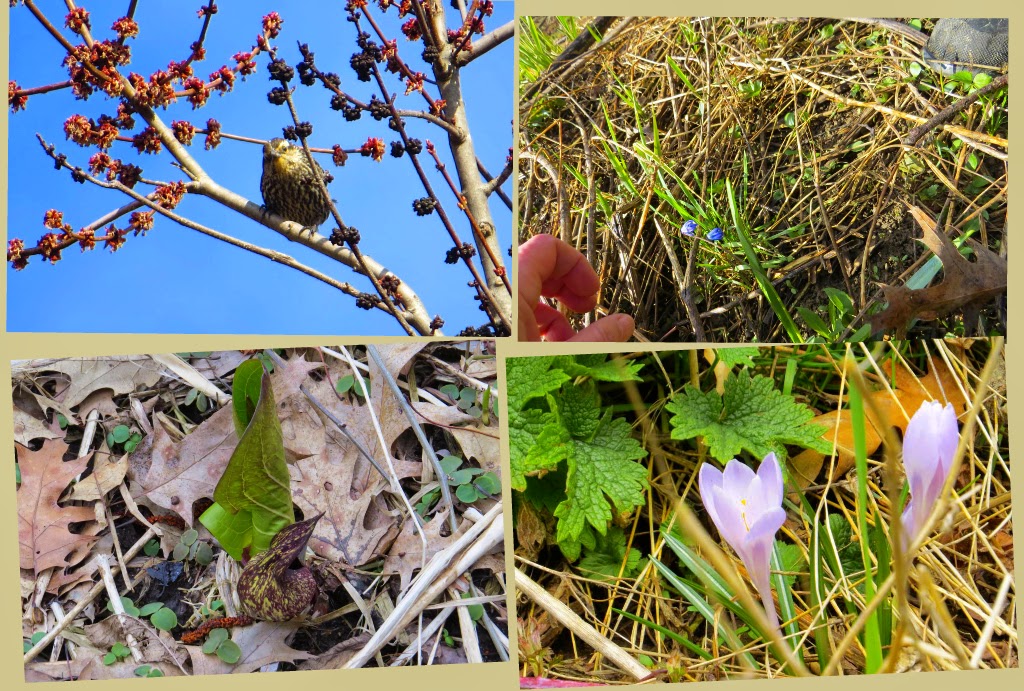 Eagle Street runs parallel to the Speed River before it turns and joins the Grand River. I wondered why this old street was named "Eagle Street" but assumed that eagles were found along the river at one time. Bald Eagles were on the verge of extirpation in Southern Ontario for decades as DDT weakened the shells of their eggs causing them to break. DDT was banned in the 1970s but it took many years to get the chemical out of the food chain. In the past few years we have seen more Bald Eagles over-wintering along the Grand River especially where the water is open. They generally return north by March but this year a pair decided to stay and build a nest just a few minutes from our home. Eagle nests are closely monitored by naturalists at Bird Studies Canada and their success rate is slowly improving. Time will tell if these new arrivals will raise any young birds this year. The nest is in a small bush in the middle of a cornfield approximately 700 m from the river's edge. The pine tree was heavily damaged in last December's ice storm but the eagles found a strong crook to anchor the nest. I stood near a busy roadway to take this picture but the nest was not visible without binoculars. It is good that this field is private property as it would be a great temptation for some photographers to get too close to the nest and harass the birds for a picture. 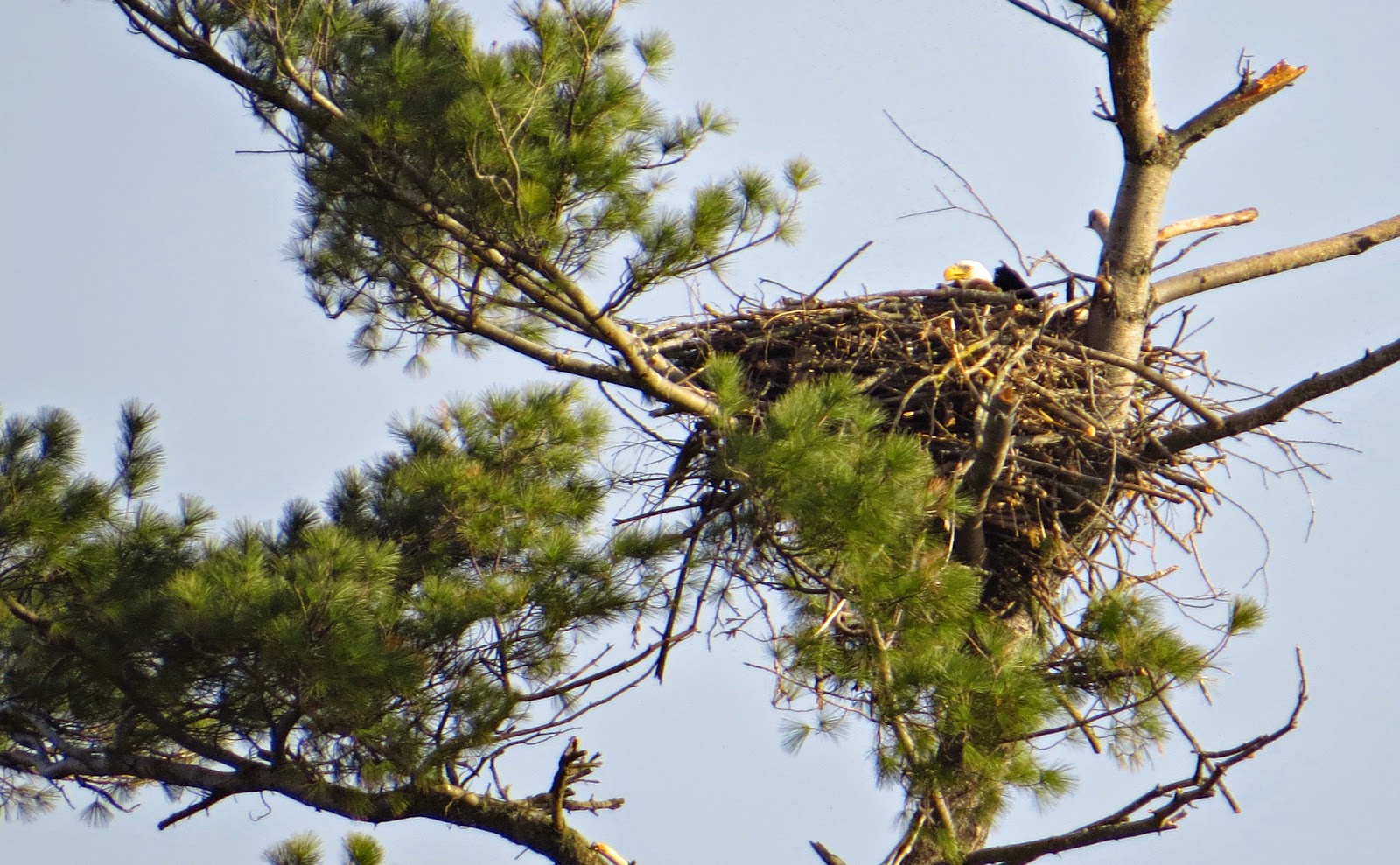 I pulled into a park on the opposite side of the road and saw the female Bald Eagle sitting on the nest. Close to the river is an Osprey nest that has been occupied for several years. A female Osprey sat on her nest and the male was very vigilant. He flew low over the field then soared above the Bald Eagle nest several times. The female Bald Eagle was very vocal when the Osprey entered her territory.

It will be interesting to see how these two different eagles will share adjacent territories that are within visual range. Some local photographers have captured pictures of intimidating sparring between the male birds on the corn field. 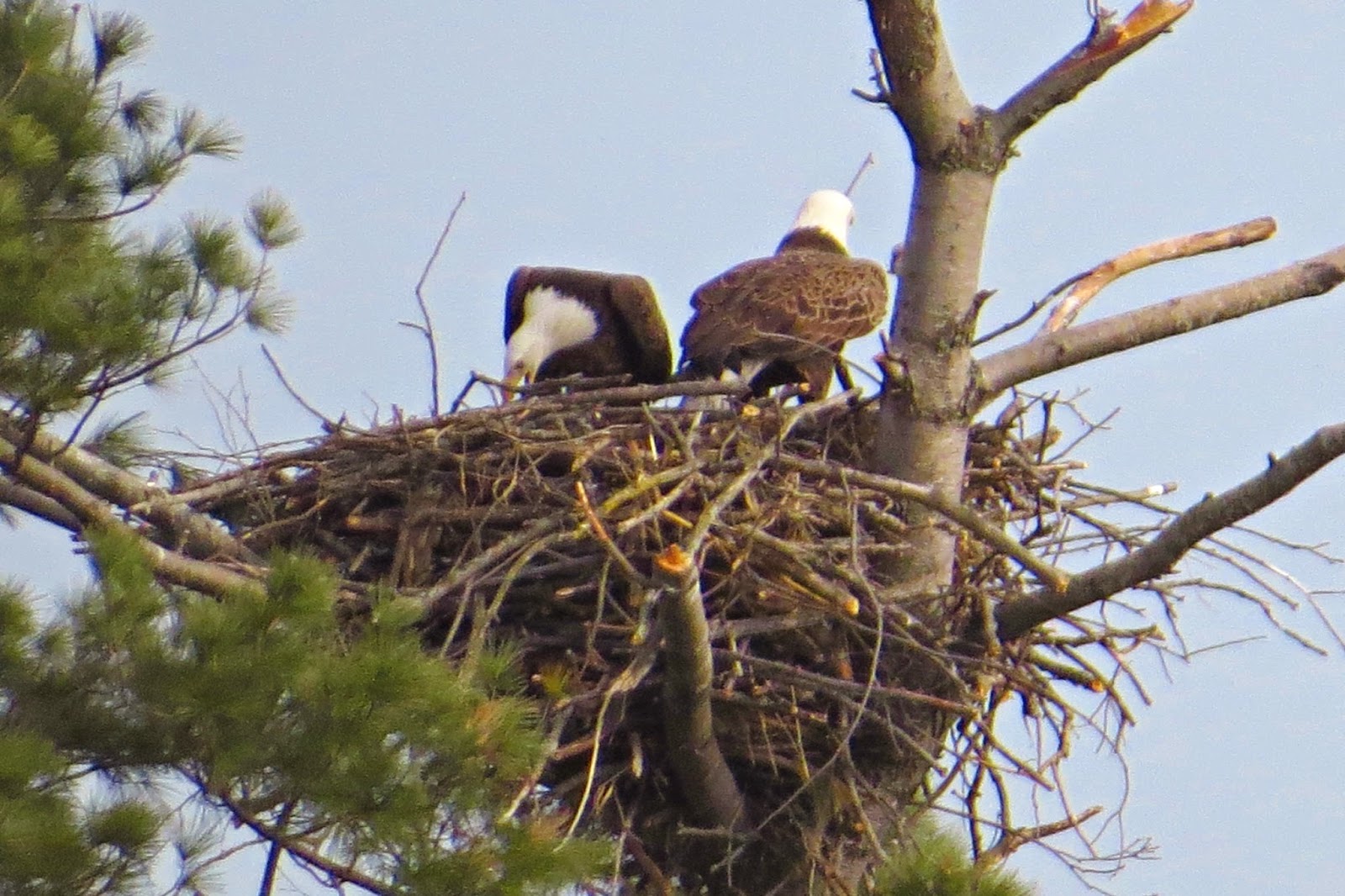 The male Bald Eagle returned with a stick for the nest. Both birds spent time building up the nest by moving branches around with their beaks. 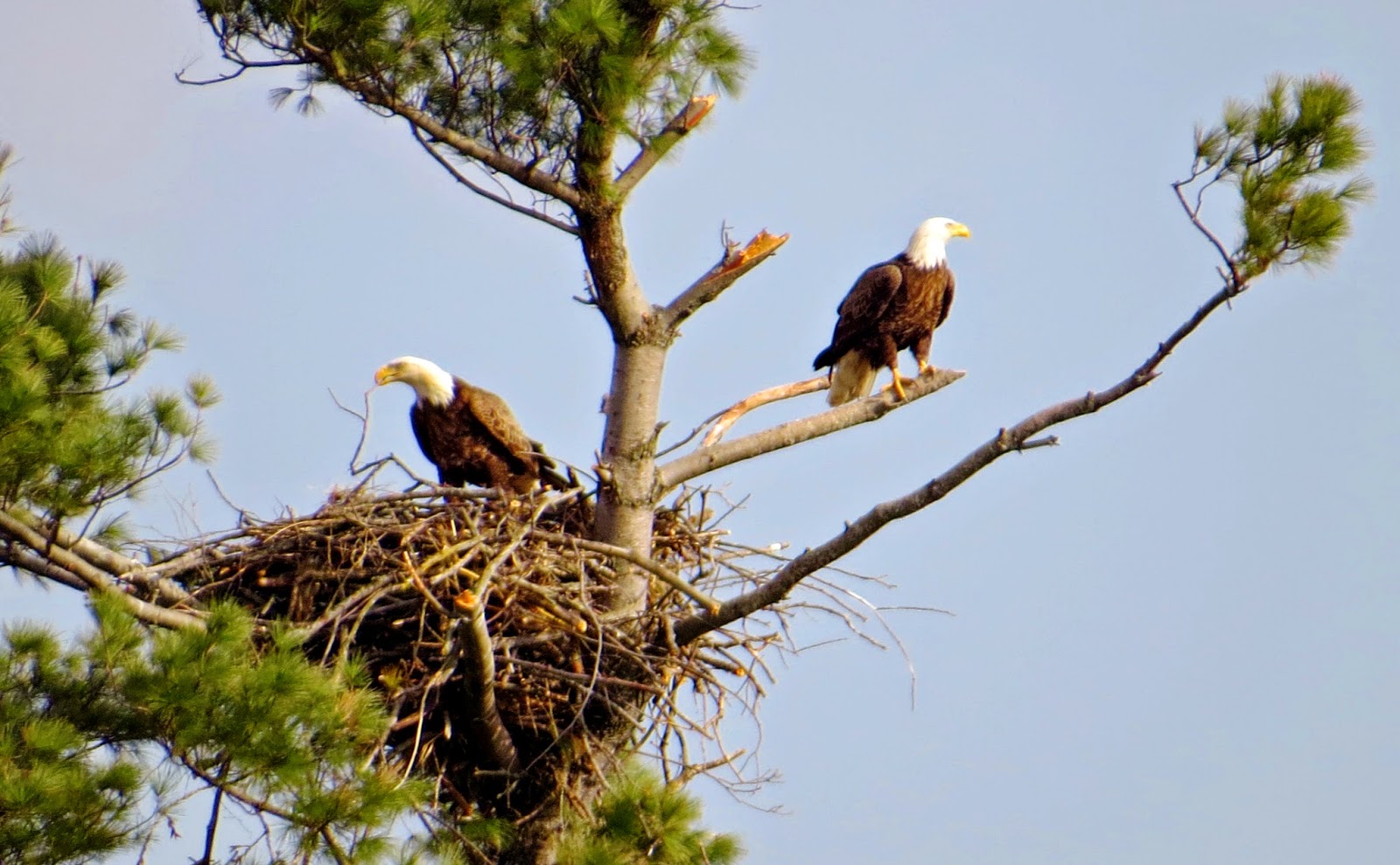 I sat on a rock and watched the action for about an hour. These cropped pictures were taken with a 50x optical zoom and it was challenging to hold the camera steady without a tripod in early morning light. 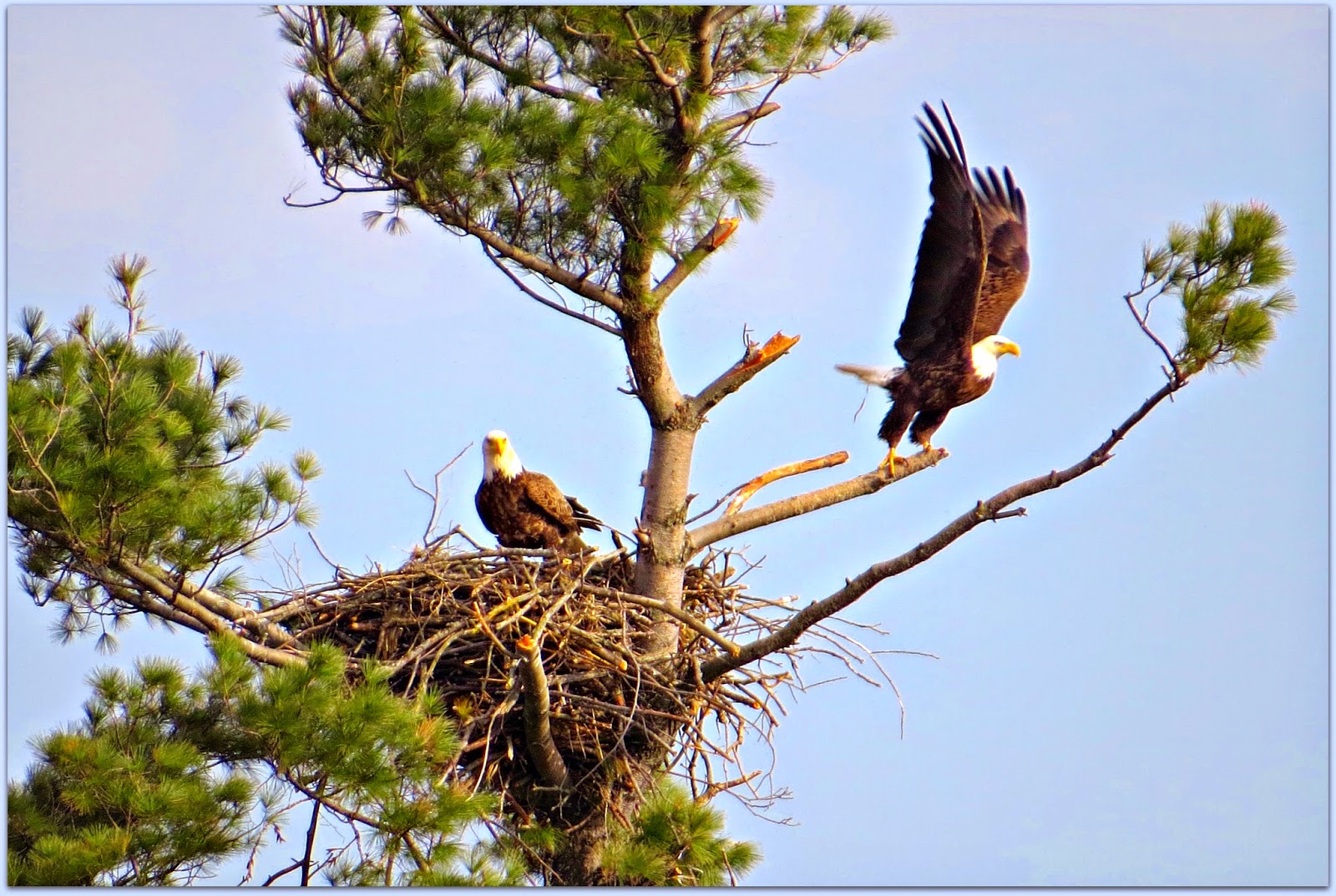 I was very fortunate to be clicking the shutter when the male Bald Eagle decided to fly away to find more sticks. Bald Eagles are magnificent in flight and are considerably larger than the Osprey although the Osprey were more aggressive here.

These Bald Eagles have a local fan base and several friendly people stopped to watch them as the morning progressed. I know I will be checking by throughout the season to see how the birds are getting along.
Posted by Ruth at 9:40 pm 6 comments:

It is a year today that Mom left this world in the dark hour before dawn. It is true that life goes on but each event is coloured by her absence. She lives on in each of her children, their children and in our hearts and memories. On Easter weekend we watched a DVD of Dad’s home movies from 1954-1960. Mom and Dad were so young when they boarded a plane to London England and then took a ship through the Mediterranean Sea, Suez Canal and down the east coast of Africa to South Africa. Travel was a big part of their lives.

Blogger Larry also said goodbye to his mother last year. He posted an excerpt of a poem by Henry Van Dyke that is found widely on the internet, but was very meaningful to me. Mom crossed oceans four times by ship in her lifetime and then she headed for another shore in 2013. I miss her every day but know I will see her again.

Gone From My Sight

I am standing upon the seashore. A ship, at my side,
spreads her white sails to the moving breeze and starts
for the blue ocean. She is an object of beauty and strength.
I stand and watch her until, at length, she hangs like a speck
of white cloud just where the sea and sky come to mingle with each other.

Then, someone at my side says, "There, she is gone."

Gone from my sight. That is all. She is just as large in mast,
hull and spar as she was when she left my side.
And, she is just as able to bear her load of living freight to her destined port.
Her diminished size is in me -- not in her.

And, just at the moment when someone says, "There, she is gone,"
there are other eyes watching her coming, and other voices
ready to take up the glad shout, "Here she comes!"

And that is dying…

Henry Van Dyke
Posted by Ruth at 4:00 am No comments:

Email ThisBlogThis!Share to TwitterShare to FacebookShare to Pinterest
Labels: family, seasons of life 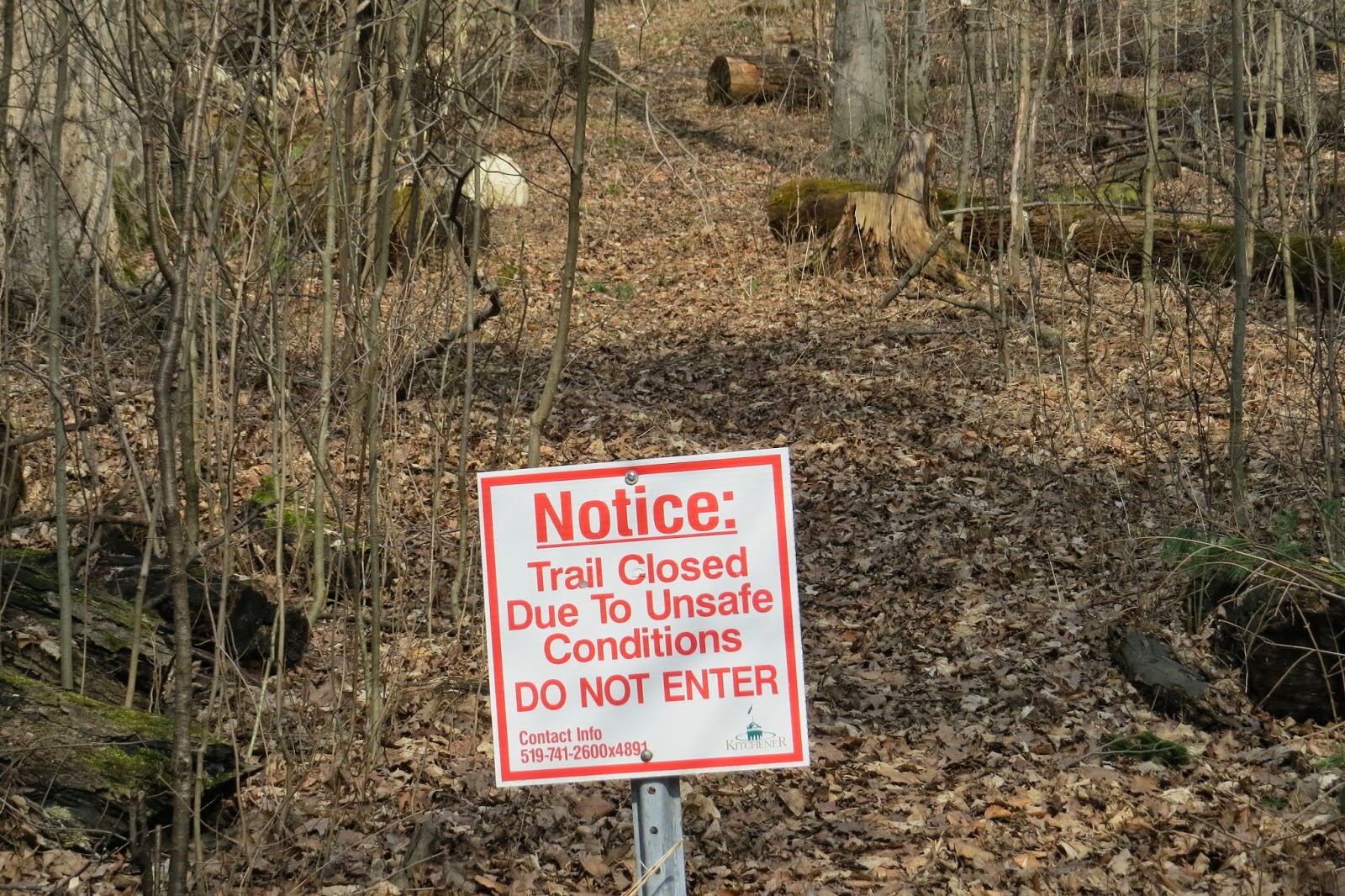 My blogging hiatus lasted almost half a year which is about the length of the winter that just ended. Early December brought a damaging ice storm and then we were visited with interminable snow, deep cold and no January thaw. I went birding once and got a flat tire half an hour from home on a very cold day. No winter hawks or owls swooped by as I waited for a tow truck. I even stopped feeding our yard birds when the squirrels destroyed my “squirrel-proof” feeders and Costco ran out of black sunflower seeds.

Winter finally ended in Narnia and spring arrived here in due course. Mother Nature has flicked the fast forward switch to make up for lost time. I walked outdoors for several hours today and felt more like myself than I have in a year. City crews started working last week to clear local trails of downed branches and trees from the December storm.


My bird count was most impressive! Birds are very vocal right now and there is no vegetation to hide them on the ground or trees.

The sweetest spring song belongs to the White-throated Sparrow. The Becka heard one earlier this week and I was surrounded by them on the trail today with the help of some hulled sunflower seeds.

Yes, spring is sweet and life is good!