The woman had a rapidly progressing, early onset dementia. She was admitted to hospital for assessment and was deemed incapable to live on her own. Her son had power of attorney but lived far away and his work obligations prevented regular visits.  She never mentioned any other family members. 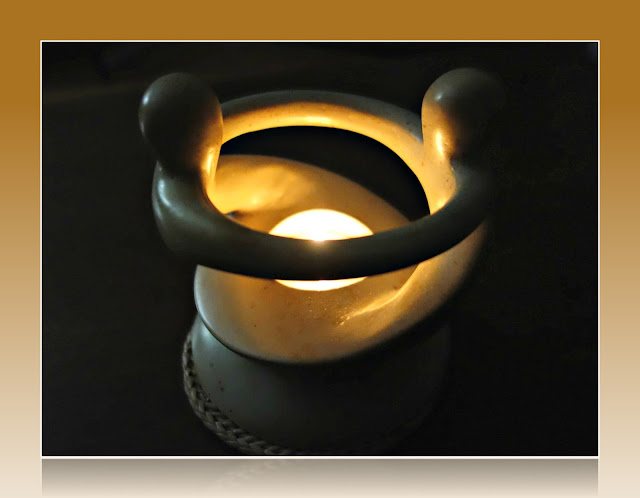 I saw a young couple standing nervously outside the locked door of the unit. I offered assistance and asked who they were coming to visit. The young man said he was the youngest son of this same woman. He had not seen her in over ten years even though he lived nearby. He was uncertain of the reception his mother would give him. I offered to tell her that he was there and would gauge her response to his name. She was a cheery person who retained her social graces and had no objections to having visitors. I led him to the room for their reunion and watched with emotion as he said anxiously,

“Hi Mom, it’s me, Kevin.”
I could tell she did not know who he was but she was able to cover her memory loss well.
“How nice to see you!”, she said.
They visited for a while, the conversation superficial and without much meaning.

I never asked what events caused the estrangement between mother and son in the first place. Every immediate or extended family experiences discord at one time or another but it is sad to see ongoing hostility and lack of forgiveness involving a parent and child.

I read an excellent article recently by Heather Plett on What it Means to Hold Space for People. (It is also worthwhile to read the follow up links at the bottom of the page). She writes,

“What does it mean to hold space for someone else? It means that we are willing to walk alongside another person in whatever journey they’re on without judging them, making them feel inadequate, trying to fix them, or trying to impact the outcome. When we hold space for other people, we open our hearts, offer unconditional support, and let go of judgement and control.”

What a beautiful concept! But it can be very hard to implement. Reunions would be so different without the judgements of others, real or perceived, causing us to be self-conscious and uneasy.

The candle holder in the picture above is from Ten Thousand Villages and is made of soapstone by artisans in Kenya. To me, it illustrates the ability to hold space in spite of different experiences, life choices, ideas and values while maintaining a connected relationship with others. Recently, it feels like our society is moving further away from this concept causing people to feel manipulated, judged and controlled.

All I can do is work on changing my own attitude, thereby increasing my ability to hold space for others.
Posted by Ruth at 8:40 pm 1 comment:

Grandma took me on a bus tour of Québec the summer I was seventeen and she was seventy-seven. My mother had taken the same route with her when she was a teenager. Grandma wanted me to ride a calèche in Québec City and see the birds on Percé Rock, far east of the big cities. Everyone on the bus called her Grandma by the end of the two week trip. There was only one other passenger my age who was travelling with her parents but we all had a great time.

I took our daughters to Québec in 1998 when they were teenagers and told them Grandma’s stories. I re-read her copies of The Golden Dog by William Kirby and Maria Chapdelaine by Louis Hémon. We went to Halifax and Prince Edward Island instead of Percé but stayed a few days at Ste. Anne de Beaupré as a base for our exploration of the Québec City area. And we toured the city by calèche.

Last month my husband and I visited Montreal and Québec City for a few days. Both cities are rich in the history and culture of Europe and the New World. We walked the upper and lower sections of Old Québec City and took the ferry to Lévis on the other side of the St. Lawrence River. We had some extra time on the last day and decided to take a tour of the upper city by calèche for Grandma. The limestone buildings and the Plains of Abraham were warmed by the low sun of a September afternoon and our driver chatted amicably with his lilting French accent. So much has changed and so much has not changed in the past forty-four years since I was seventeen.

The slide show has a short video clip in the middle of our horse-drawn tour through the old walled city. One thing that has changed dramatically over the years is the quality of cameras. I have 12 faded colour snapshots of the two week trip we took in 1972.