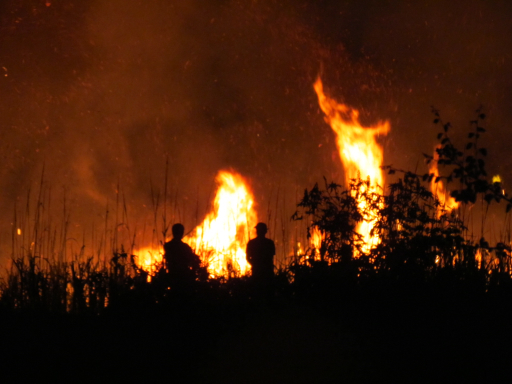 I had never seen a sugar cane field burn in Mexico until this week. During the day the perimeter of the field is prepared with small burns and then, when the wind is calm, the mature canes are set ablaze with an accelerant. The fire burns the dry outer leaves and weeds and forces out rodents and other animals who have made a home in the fields. 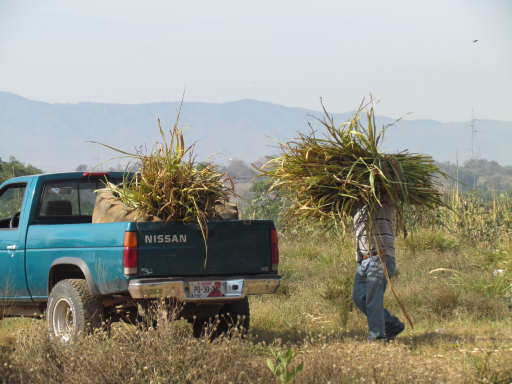 I went outside the house to dump garbage and saw the night sky illuminated by a large fire across the road. It was alarming at first but the wind was blowing away from us. Adults and children worked together making sure the fire stayed contained. The next day the canes were cut with machetes, bundled by hand and loaded on trucks. Workers then started to get the ground ready for the next crop. 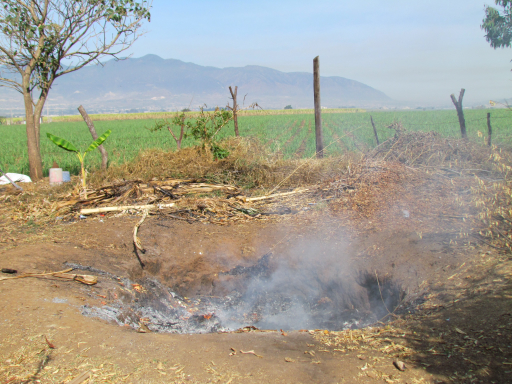 My brother has a fire pit on his land where non-recyclable garbage is burned. We went through my mother’s things after her funeral and sorted them for disposal. Personal items that could not be given away were added to the fire and destroyed. 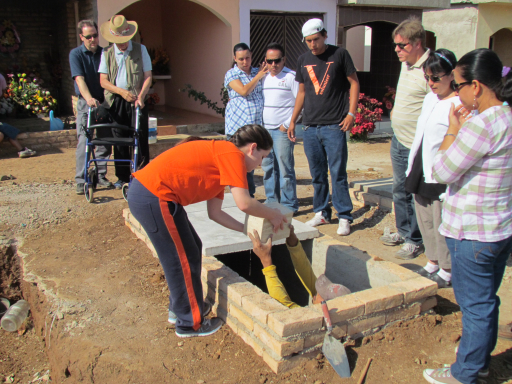 My mother's body was in a casket for the wake and funeral but was cremated soon afterward. My father wanted a memorial so the ashes were buried in the small village cemetery near their home. Our immediate family gathered on the side of the volcano and prayed before the urn was interred. I am not opposed to cremation but felt conflicted when my mother’s body was burned. But the sugar cane fire reassured me that just the chaff is destroyed by flames. The value of her life cannot be destroyed by any element of the earth but her spirit, love, and investments in family and many other people will endure for eternity.

For no one can lay any foundation other than the one already laid,
which is Jesus Christ. If anyone builds on this foundation using gold, silver,
costly stones, wood, hay or straw, their work will be shown for what it is,
because the Day will bring it to light. It will be revealed with fire,
and the fire will test the quality of each person’s work.
If what has been built survives, the builder will receive a reward.
If it is burned up, the builder will suffer loss but yet will be saved—
even though only as one escaping through the flames.

I had the privilege of being with my mother early this morning as she left this life peacefully and knowing she was well loved. According to the custom in Mexico, her wake starts this afternoon and her funeral is at 9 PM tonight. As there is no time for a published obituary, I am posting this for our family and friends. We are overwhelmed by the many messages of condolence we have received today and extend our thanks to those who have supported the family through these last few difficult weeks.

Entered her eternal rest with her Lord and Saviour Jesus Christ on April 22, 2013 in Tepic, Nayarit, Mexico. Born Mary Elizabeth Devins in Aurora, Ontario, Canada, she was the beloved wife of John David Tolman with whom she celebrated 60 years of marriage on April 4, 2013.

Grandmother of Beth, Stephanie, Rebecca, Courtney, Alex, Kira, Damara, Simri, Vanessa, Melissa, Malcolm, Elisa, Timothy and Peter. Great-grandmother of Damian, Ivy, Dasha and another baby soon to be born in May. Loved by a large circle of extended family and friends.

Elizabeth served with David in missions and pastoral work in South Africa (1954-1962), Canada and Mexico (1976 to present). Her passion and energy was evident in all she undertook as a wife, mother, teacher and servant of God. She continued to teach and minister until shortly before her death. She will be sorely missed and dearly remembered by the many people she touched in life.


Her children arise up, and call her blessed;
her husband also, and he praiseth her.


...the woman that feareth the Lord,
she shall be praised.


Give her the fruit of her hands;
and let her own works praise her in the gates.
Proverbs 31
Posted by Ruth at 4:00 pm 8 comments: 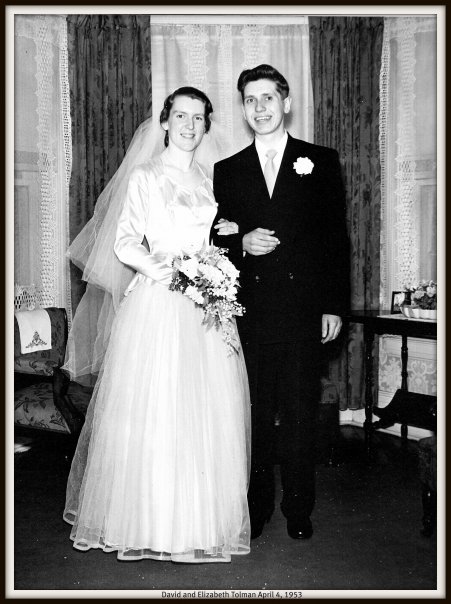 My parents were married in Aurora, Ontario on April 4, 1953. They have travelled the world since then and have 5 children, 14 grandchildren and 3 great-grandchildren with another on the way in May. The past couple of years have been challenging health-wise, especially for my mother. She is currently confined to bed and receives nursing care at home. She would have loved another family reunion on this special day, but my four brothers and I were able to spend time with Mom and Dad in December and January. My brother Philip and his family are their main caregivers in Mexico.
Mom and Dad have been firm in their commitment to serve God all their days. Their strong faith has sustained them in good and bad times. They have also been firm in their commitment to each other and have taken their marriage vows seriously.

to have and to hold from this day forward, for better or for worse,


for richer, for poorer, in sickness and in health, to love and to cherish;


from this day forward until death do us part.


And so they continue their journey together a day at a time, which is what all of us
must do whether we have been married 1 year, 10, 30 or 60.

Here is a 2 minute video in their honour with much love. 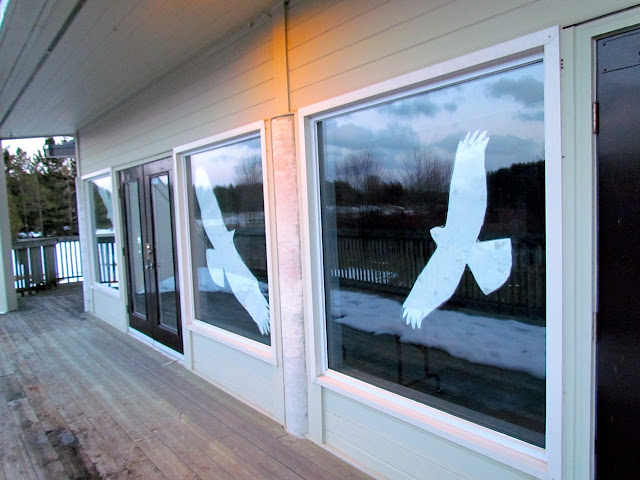 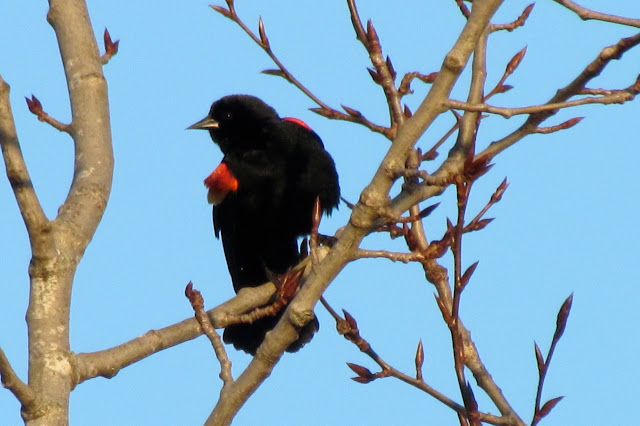 I enjoy a wide variety of natural foods but there are a few that I have disliked since childhood. I think many of my "dislikes" were texture related rather than taste related. One dislike was coconut which is often served in a desiccated and stale form in cakes, cookies and candy bars. Last year I read about the health benefits of coconut oil and bought some in the health food section of our grocery store. It was delicious and I have used it as a spread or in pie crust and homemade granola. We have also become accustomed to coconut milk in our curries and soups.

This January my dad directed my brother and I to a man who sells coconuts from the back of his pickup truck in the nearby village. He husked the nut, opened the top and poured the water into a bag with a straw. He then scraped out the coconut meat and put it in another bag with freshly squeezed lime juice, dried chili and coarse salt. It was nothing like the dry, stale coconut in plastic bags in the baking aisle. It took me two days to eat all the coconut meat but it was so tasty, especially after it had marinated in the salt, chili and lime overnight!

I found some young coconuts in our local grocery store in Canada and decided to see if I could open one myself. There are several You Tube videos which demonstrate how to open a coconut with a kitchen knife if you don't happen to own a machete. It really was quite easy and the resulting taste was very rewarding.

That makes my list of disliked foods shorter by one.
Posted by Ruth at 3:37 pm 3 comments:

One of these event photos is my April Fools Day trick. What did I NOT do today?? 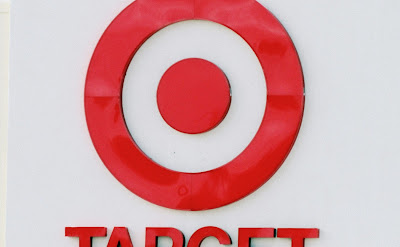 I went shopping at an American chain store in Canada with my daughter before she drove back to Ottawa.

I braved blizzard conditions and a breath-taking north wind for three hours at an almost deserted conservation area. The sun appeared between snow showers but the wind prevailed.

I saw my first Meadowlark and Song Sparrow of the season. A Sandhill Crane flew above me into the sun. There were no Bluebirds or Tree Swallows, but then, there were no flying insects either. 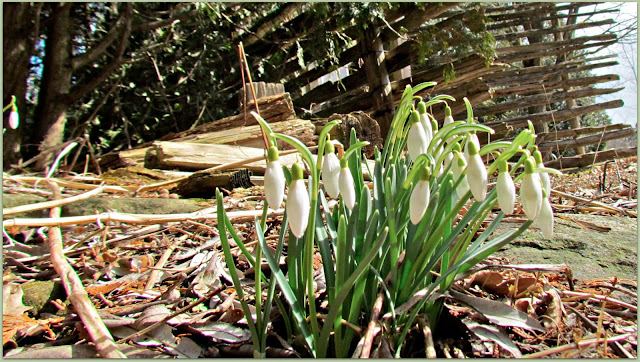 I came across a few clumps of blooming Snowdrops along a sheltered and southerly facing section of a trail. 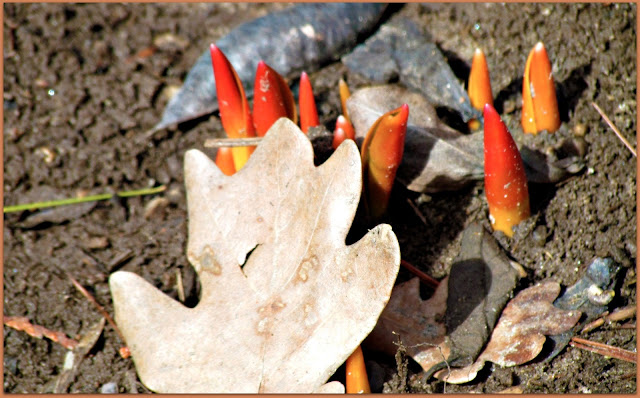 Autumn and Spring met together in this photo. Several times I thought I saw a bird flying by but it was only a leaf in the wind. 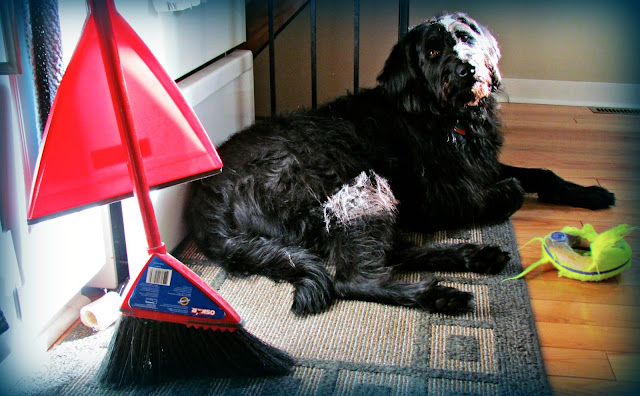 I came home and cleaned the house from top to bottom, gathering a pail full of dog hair before garbage day tomorrow.
Posted by Ruth at 7:15 pm 6 comments:

Email ThisBlogThis!Share to TwitterShare to FacebookShare to Pinterest
Labels: nature, this and that
Newer Posts Older Posts Home
Subscribe to: Posts (Atom)