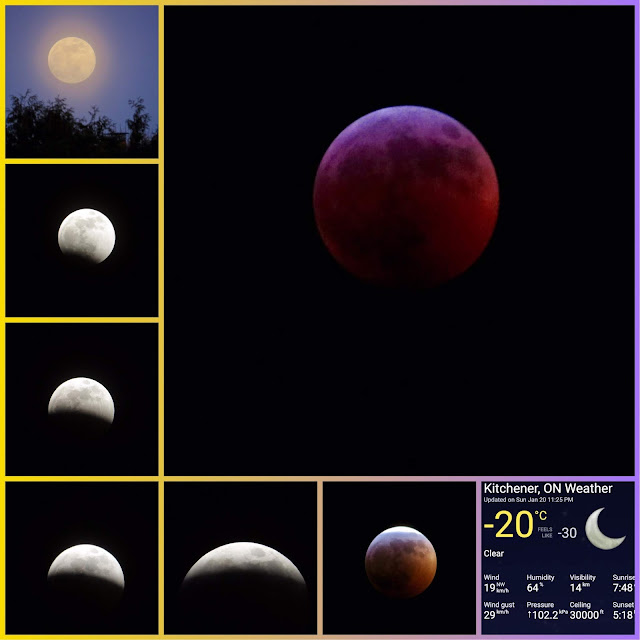 It was exciting to watch the full moon eclipse tonight under clear, cold skies. Being relatively close to the Great Lakes, we generally have more days and nights with at least some cloud than without. The temperature is very cold but it could be colder in mid-January. This moon comes with plenty of labels. As well as being a Wolf Moon, it is a Perigee Moon (super moon), a Blood Moon as well as a totally eclipsed moon. I don't plan to stay up to watch the reverse show as the moon returns to its full brightness in a couple of hours.

Postscript: I did another edit in the morning with my best shots. Photos are hand held with a Canon SX50 superzoom camera. 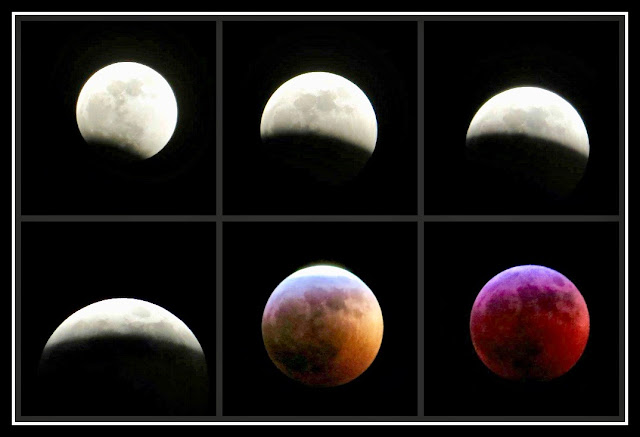