She stood less than 5 feet tall when fully grown and shrunk more as she aged. A strong accent revealed her French-Canadian heritage.

“That is why Maman always wore black,” she explained.

“Papa worked as a lumberjack in the Ottawa valley until he saved enough money to buy a farm. He was a good father, always cheerful and optimistic. Anytime Maman was fretting about something he would put his arm around her and say,
“It’s not so bad now, everything will be fine."
And Maman would laugh."

Her childhood was happy, surrounded by a large family. Papa used to carry her on around on his shoulders because she was so small.  Maman could plow a field as well a man and the children looked after each other outdoors while she worked. She kept a garden, made bread and big meals. Papa loved his animals and had to hire someone to slaughter them for food. The children had one outfit worn for school, play, church and sleeping until it was full of holes and had to be replaced. They were not rich in material goods but this was life in the 1930s in Eastern Ontario.

Papa sold the farm when he got older and died soon afterward. A sister took Maman in, but Maman would not eat and died at the the age of 84, a few months after Papa.

The tiny lady is now 84, sick, frail, and recent events are difficult to remember. Her children are too busy with work and life to visit much, but warm childhood memories bring a light to her eye and smile to her face.

“It’s not so bad now, everything will be fine.”

After all, she was Papa’s special little girl. 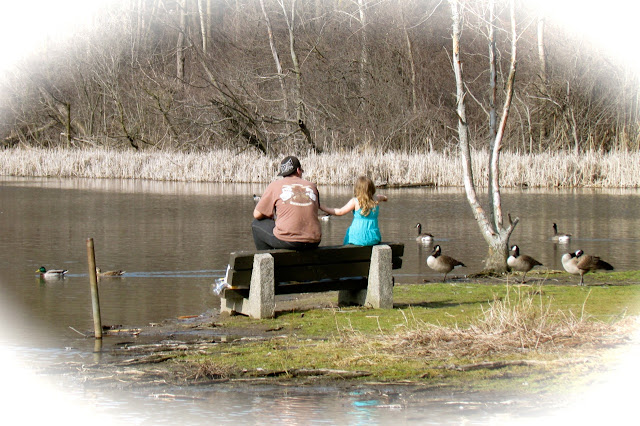 Email ThisBlogThis!Share to TwitterShare to FacebookShare to Pinterest
Labels: Career Stories, history, this and that