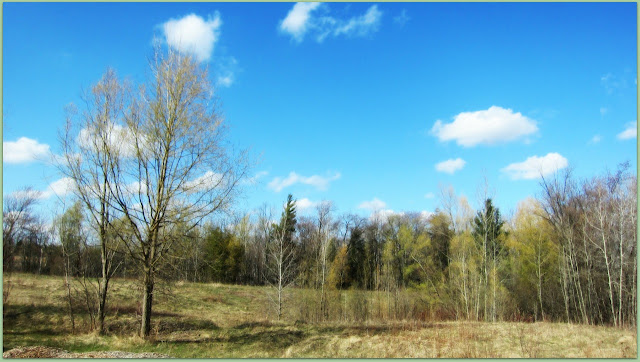 Spring continues to unfold in an uncustomary manner this year. We are not a month into the season yet things are unusually green for our area.

And things are uncharacteristically dry! So far we have missed April's showers. There have been several grass fires around our city this month, some spread far, fanned by strong northerly winds. 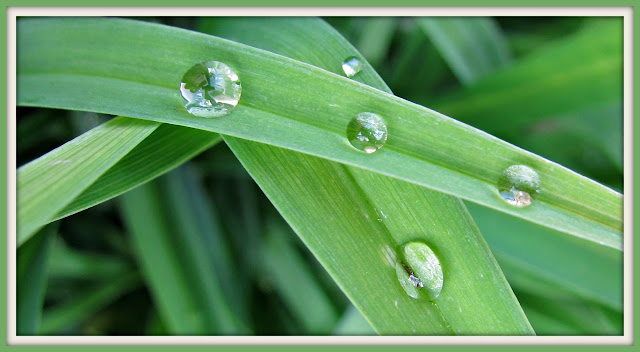 Today we had the first half day of light rain this month but it was hardly enough to wet the surface of the soil. I was thinking about today's 100th anniversary of the sinking of the Titanic when I took the pictures of these few droplets on newly sprouted lily leaves. Too much water...too little water... 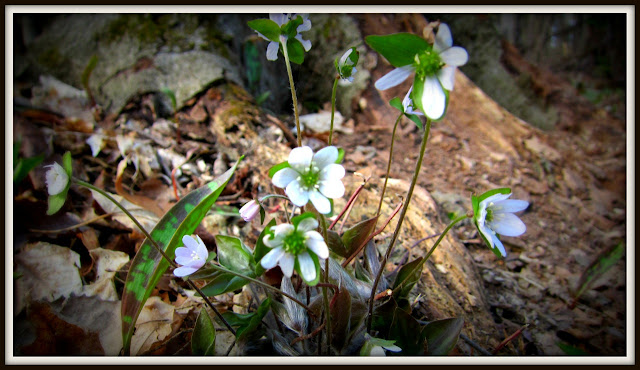 Ephemerals hurry to reproduce, trying to beat the opening of leaves in the forest canopy. Dainty Hepatica flowers push up from dry leaves on the ground. 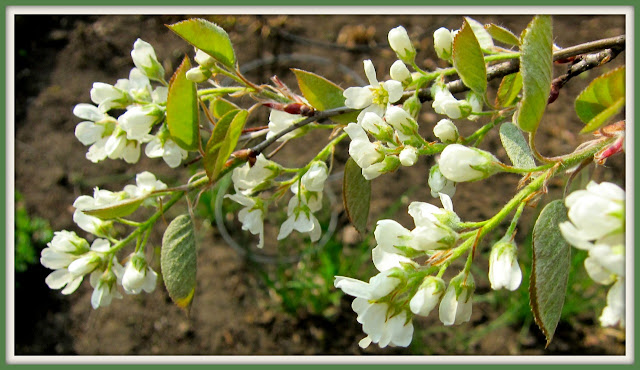 My garden got off to an early start, but the seeds I planted have been slow to germinate without moisture. It is too early to have the outside hose going as the temperatures are still below freezing many nights. The Saskatoon Berry bush is in bloom, rhubarb will be ready for a first cutting before long, and my onions are the only edible greens that have not been eaten off to the ground by rabbits. 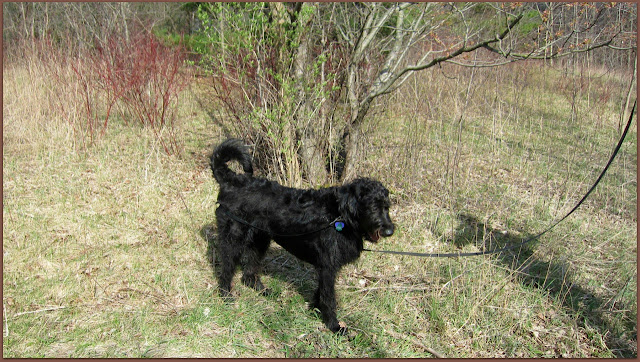 This is a nice time of year to walk local trails as biting insects are not a problem yet. Raven has the luxury of a 10 foot leash here as we let her explore a little. This week an off-leash dog was attacked by a coyote in the same park where this picture was taken, just a 5 minute drive from home. (The first picture was taken in the same natural area) I have seen coyotes in the woods here and they generally mind their own business. But new pups are being raised now and territories must be defended. We keep to the trails and do not let our dog off leash. 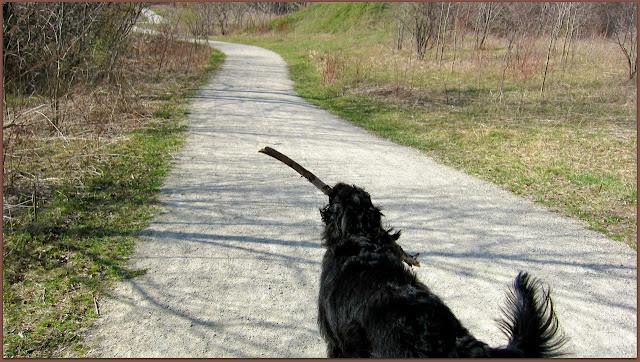 Raven loves sticks and always looks for one to carry on a walk. I wonder what wild, instinctive behaviour she is mirroring. Perhaps she is pretending to bring some food back to her "den". When she is at home, she happily chews and breaks the sticks into little pieces. 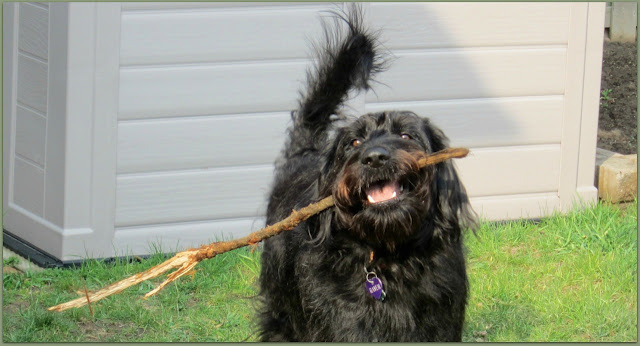 Here is hoping the last half of the month will be soaking wet with gentle rains to replenish the soil and get farmers' crops off to a good start. Averages are often calculated from extremes and we have had a few cool, wet summers recently. Hot and dry seems to be where we are headed this year.