We spent a few days in the Ottawa area visiting our daughter and new son-in-law. There is so much to see and do in the capital region but it is May and birding was near the top of my list. I decided to explore the area around their home rather than driving to more distant birding hotspots and was not disappointed. Spring was slow in arriving this year and as a bonus, mosquito season was also delayed. My husband was fishing in the Algonquin Park area while I was in Ottawa and he reported that it was the first spring fishing trip that was not accompanied by black flies and mosquitoes. Black flies and deer flies are pests that will keep me out of the bush no matter what bird may be around. Mosquitoes made their debut about the middle of this week but a bit of spray kept them at bay. 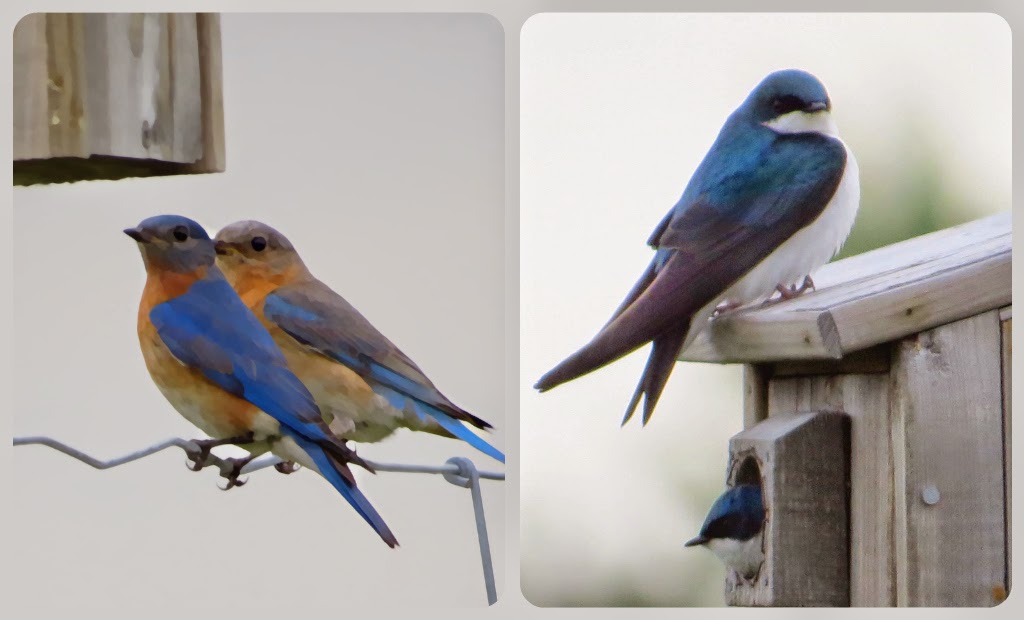 I decided to find the Bluebird trail and Osgood Link Pathway which are south of the Ottawa Airport. The first two bird boxes were at a busy intersection and a pair of Eastern Bluebirds and Tree Swallows were settling in as neighbours. I have seen Tree Swallows trying to evict Bluebirds from a nesting box they wanted but there was no aggression between these birds. 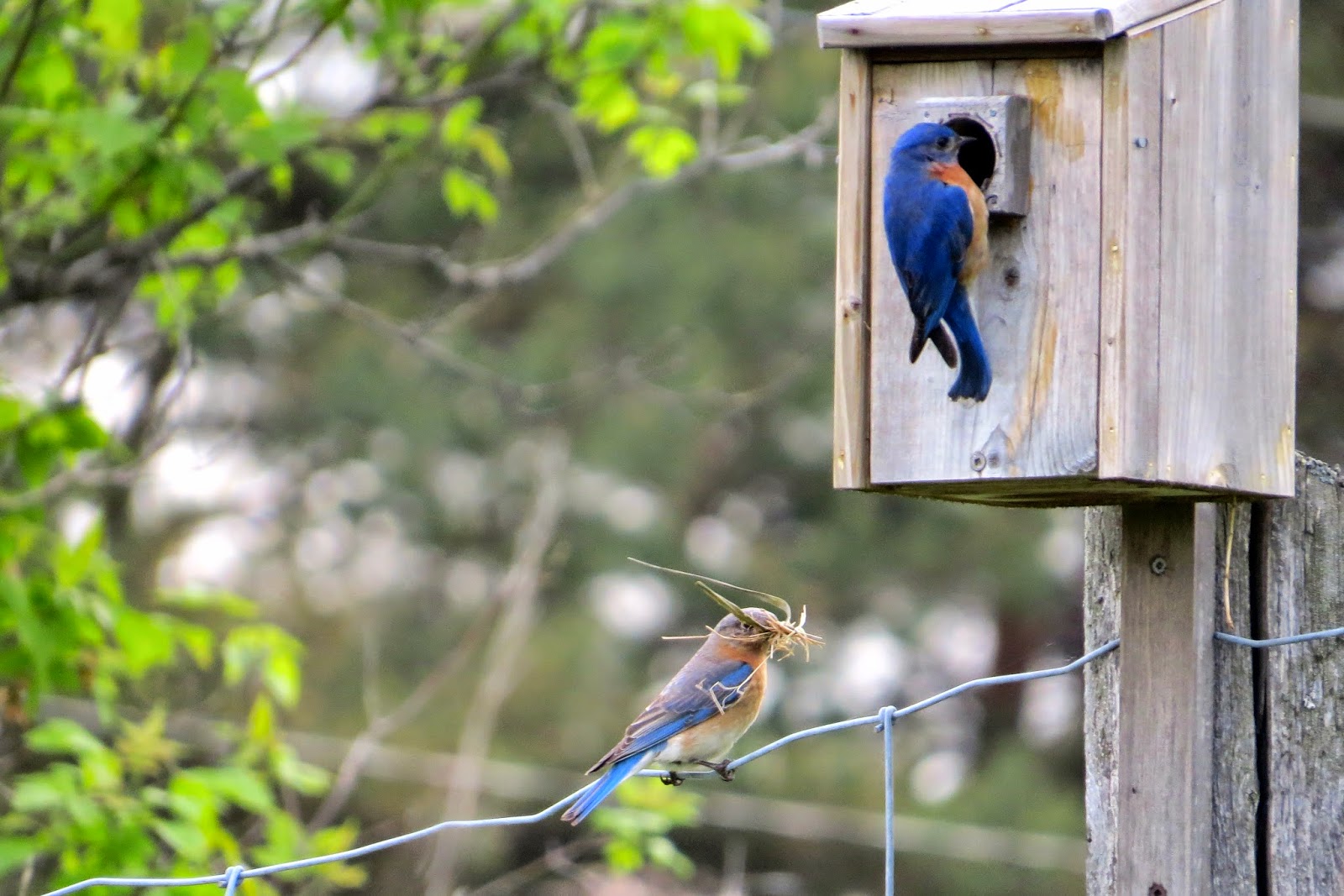 The female Bluebird was very busy gathering nesting materials while the male supervised and sang and flitted about. 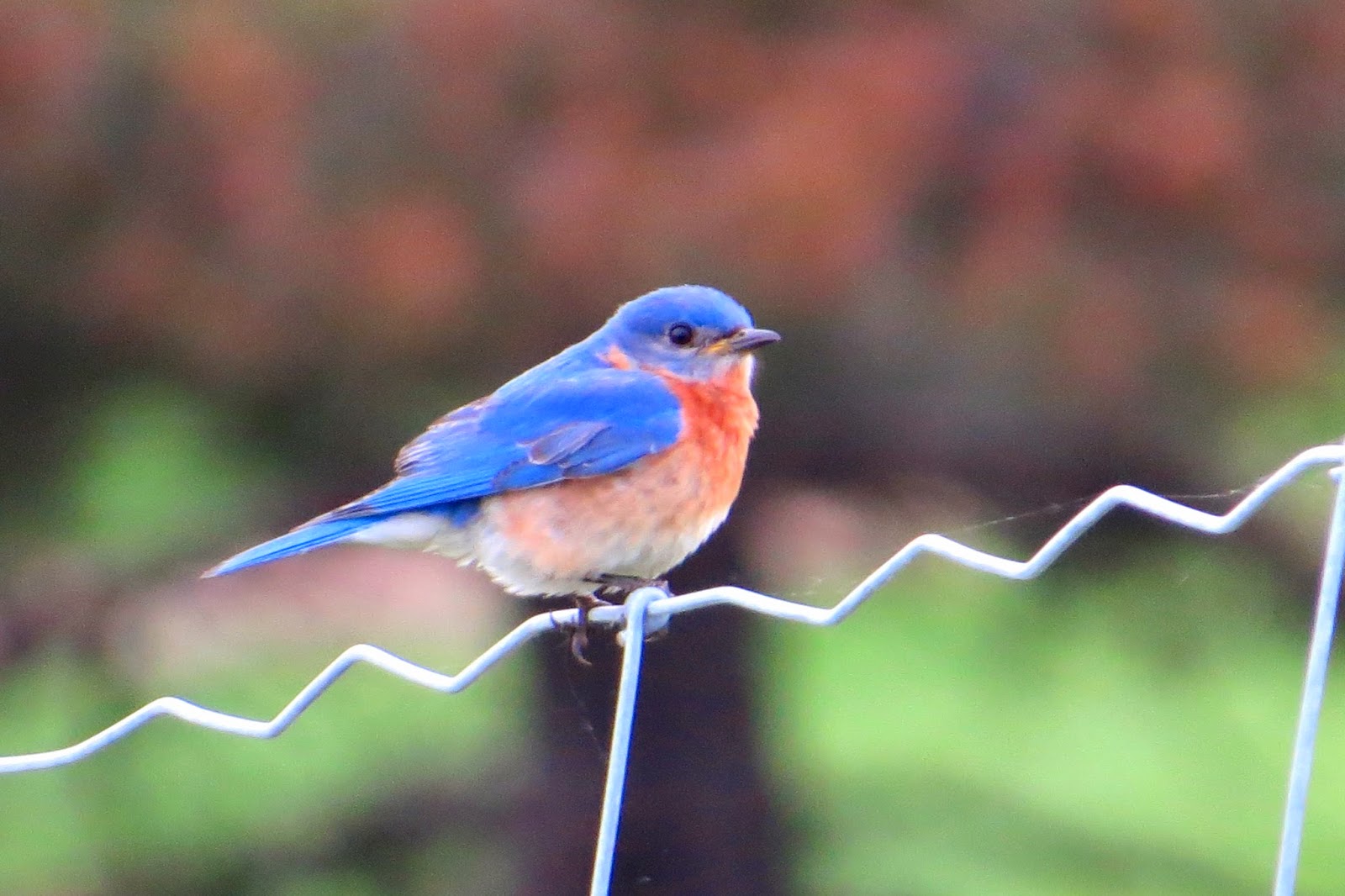 Bluebirds are not commonly found in our home area and I may see only one pair a year. I seldom see them at this close range and was fortunate that they were not bothered by my presence.

I started walking the Osgoode trail near the 5th kilometer marker a little after 7 AM. This section of trail follows a marsh and creek and dense mixed bush making it ideal birding (and mosquito) territory. The was plenty of bird song but finding the singers was a challenge due to the fact that new leaves have grown quickly in the recent warm weather. I found two very loud and persistent male vocalists;- the Rose-breasted Grosbeak in the canopy and the Common Yellowthroat in the bushes.

Their mates were busy with home building and worked quietly undercover in their dull plumage. 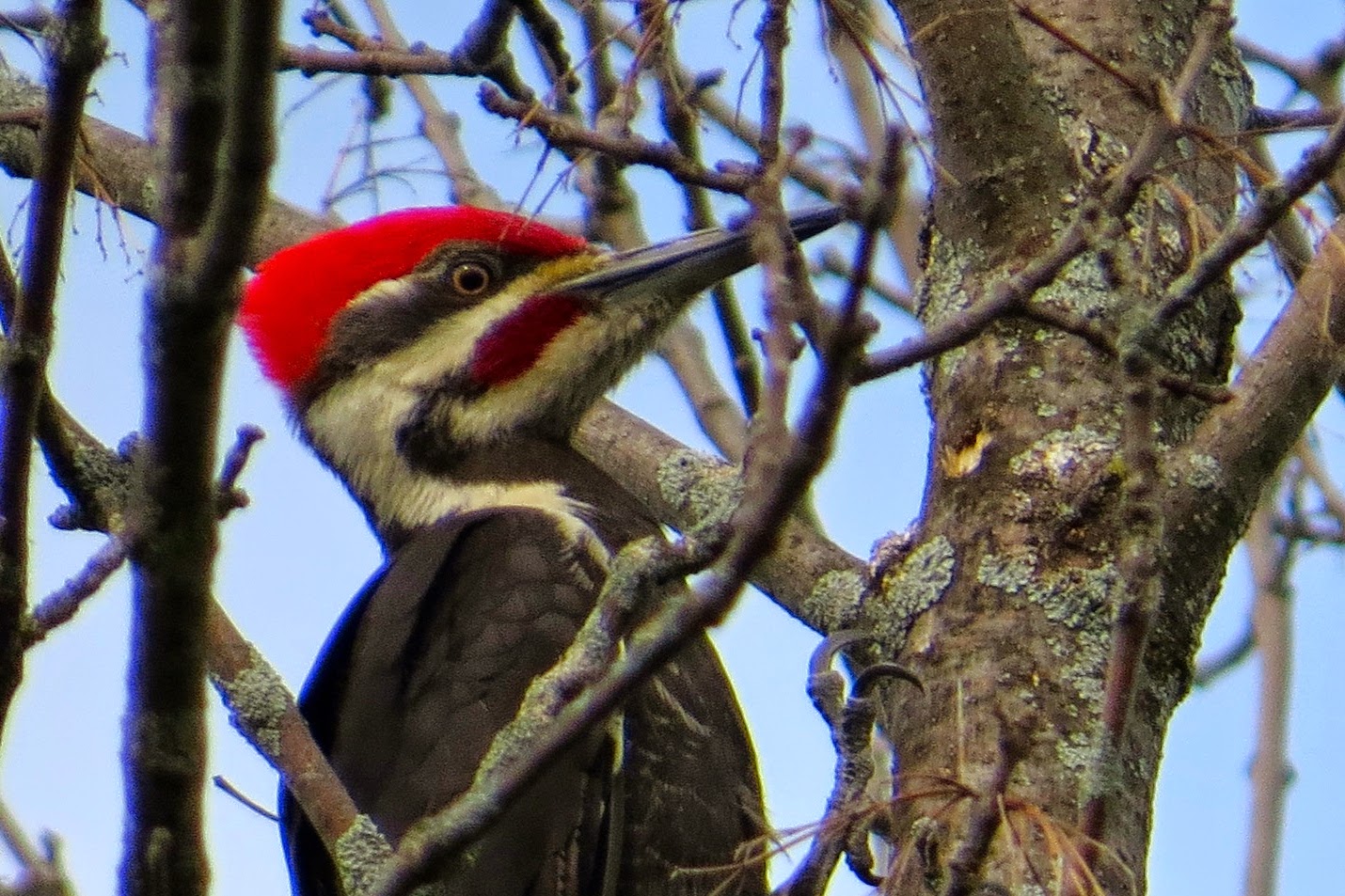 A very loud drummer accompanied the singers and it took some time to locate him. I rarely see a Pileated Woodpecker but they are more common in the Ottawa area.

My favourite bird singer is the Veery and they were present in this section of trail. Other Thrushes scurried around in the underbrush as well. My species count was 32 in about an hour and a half of early morning birding including several first of the year finds for me. There was still plenty of time to see tulips, flowering trees and The National Gallery in the city after breakfast. 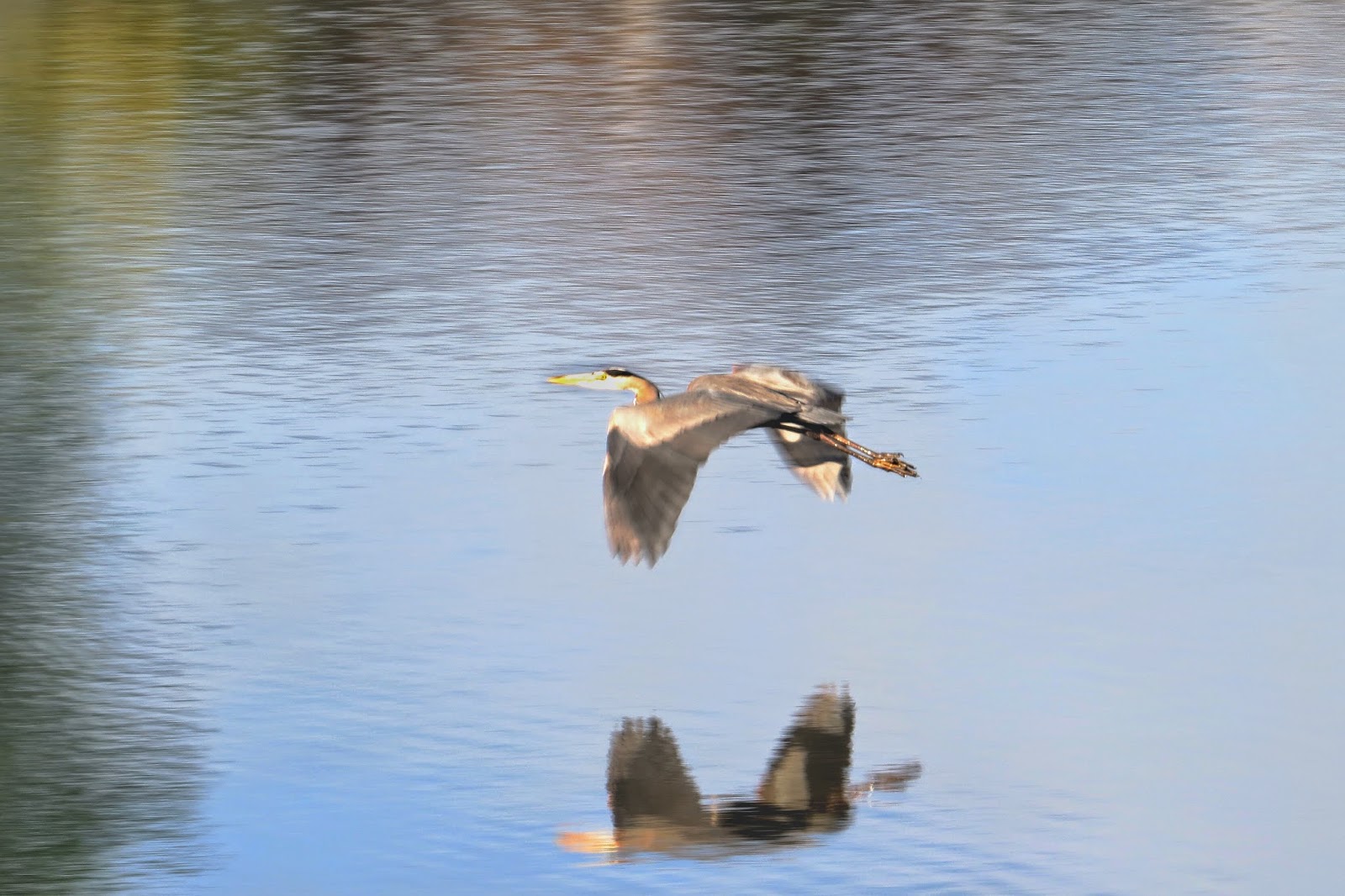