Perceptions of a Pretentious Past 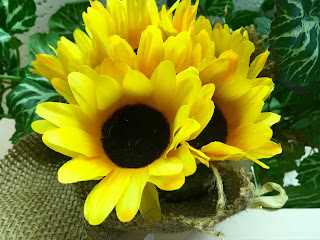 Our neighbour places artificial flowers in her window boxes and planters in the summer. Not just a few flowers, but lots of dollar store blooms. There is no need to water or dead-head them and their perfect shapes do not wilt in a heat wave.

My Canadian parents went to South Africa as lay missionaries two years after they were married and I was born in Pretoria. The country was part of the British Commonwealth and colonial, idealistic attitudes prevailed. Missionary story books of that era referred to native people as “savages” who needed salvation. The Enid Blyton books I loved as a child also had racist overtones and current editions are edited significantly. Apartheid policies created a segregated society but our family was in the elite class even though we were far from wealthy. Our black servant lived in a separate small one room structure behind our house. I remember going on the “non-european” bus with her occasionally when she was running an errand. This was the way things were and there was nothing wrong with race relations in my world. South Africa was going through social upheaval at the time but my white life was as beautiful as my neighbour’s window boxes and planters. 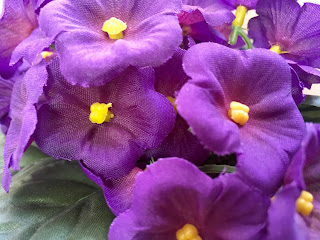 Our family returned to Canada when I was in Grade 3 and we lived in the Toronto area for the next eight years. We attended a church in the city that was even more conservative than society in general. The congregation had a number of black members from Jamaica. They sat together on the left side of the church and the white members clustered together because that was the way everyone liked it. The Jamaicans were lively, friendly people but they socialized and married within their own group and I never remember visiting their homes.

I became friends with Carol, a Jamaican girl my age. We were in the same Sunday School class and sometimes we sat together during church. I remember asking Carol to come to our house after church for dinner as my guest. She was surprised at the invitation and said her father would not allow it. For the first time in my 12 years I realized that there was an unjust divide between black and white people. The civil rights movement was in full swing at the time, but I was oblivious to what was going on south of the border.

I began reading library books about slavery, the underground railway and the inhuman treatment of Africans who were brought to the Americas. I remember writing my thoughts about racism on pages of foolscap in passionate paragraphs that flowed from my troubled mind. In talking to my parents about my discoveries, I was shocked to find out that my own grandmother was born in Jamaica to a white mother and black father. We visited her often and she was fair-skinned in my opinion, not black, especially when compared to the Africans I knew. But I learned that she was the first woman “of colour” to live in the small town north of Toronto. To this day my father has never liked to talk about his mother’s heritage and I wondered what words he heard growing up as a child. Would Grandma have been allowed to live in our neighbourhood in South Africa? Probably not.

Thus began my awareness that things are not always as they appear and injustice is real. I persisted with my invitation and Carol eventually did come to our home for a visit. My parents were kind and well-intentioned, but they created a facade that hid more secrets than the racial background of my grandmother. While some people tend to over-share their personal lives now, I wish I had known and learned from the imperfections of people I was close to as a child and young adult. Things like mental illness, poverty, family discord, marital unfaithfulness, divorce, religious animosity were problems other people had, not us.

And that is as true as the flowers in my neighbour’s flower boxes and planters.