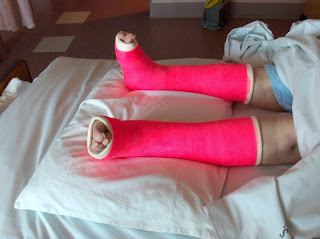 I recently watched Michael Moore's health care documentary SiCKO. Alliance Atlantis provided free admission to the movie for nurses across Canada during one week in July 2007 and my daughter who is a nurse saw it at that time. Mr. Moore is not certainly not boring and all his documentaries have been somewhat controversial.

We have had universal health care in Canada since 1966 and I have been employed in the system for over thirty years. Many changes have occurred in this time as more expensive equipment, tests, drugs and treatments have forced hospitals and governments to save money by cutting other services. There is a lot more scrutiny of outcomes and best practice. In the 1970's and 80's, patients stayed in hospital for two weeks after joint replacements while today the target is five days. In some larger hospitals there are efforts to reduce the inpatient stays to three days or less. 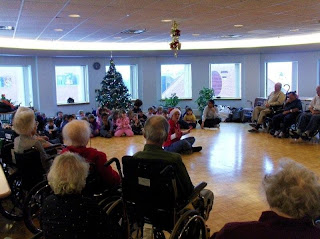 While there are some variations from province to province, approximately 70% of our health care costs are publicly funded in Canada. Dental care, prescription drugs outside the hospital, and optometry are not covered in most cases. Home Care professional services are covered but there have been significant cut backs recently in personal care support. Some areas still have long wait lists for special tests and elective surgery, but this is improving. My father-in-law waited almost a year and died before his coronary bypass surgery in 1987 but this procedure is now available in our city in a timely fashion.

We continue to lose about 10% of Canadian trained physicians and nurses to other countries, mainly the USA where higher health care salaries are available. Thousands of people in our region do not have a family physician and have to visit clinics or emergency departments for primary care. But on the whole, good health care is available to everyone and urgent conditions are generally treated promptly. There are those who would like to have the choice of paying to be treated at a privately run centre, but it is illegal to operate a facility that provides the same health care as our publicly funded centres. 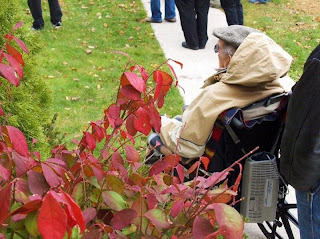 The average person I see at the rehabilitation hospital where I work may have had surgery for a fracture, or have been treated in ICU or a medical/surgical unit for some acute illness. Their rehab stay averages about three months and they only pay for optional telephone and cable TV services and personal laundry if their family cannot do it. The patient wearing those hot pink casts above was in hospital for just under a year. I do think it would be a good idea if patients were presented with an invoice itemizing their cost to the system, even though they are not billed. The doctors I work with are tops! Patients get good assessments and thorough investigations whether they are a six digit wager earner or on welfare.

Today I had a physical exam by my family physician. The examination and tests were covered but I had to pay $45.00 to have a small skin lesion removed from my forehead. (If it turns out to be malignant, I will be reimbursed) Our dog had an exacerbation of his chronic liver problem last week and his examination, labs and medication cost $250.00. 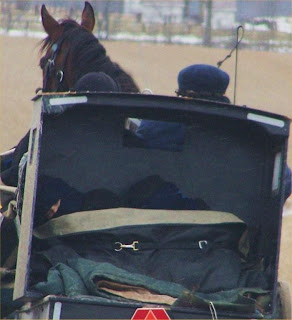 It is possible to opt out of our health care system and many Old Order Mennonites do not subscribe to the government plan. As a community, they support those in physical and financial need and really operate their own health care program. I have seen OOMs receiving ICU care for acute illness or injury and they are billed for service. But our health care costs are much less than those charged in America. My mom has no health coverage in Canada. She had to visit our doctor when she was here over Christmas and her office visit and antibiotic cost less than $50.00.

The stories told in SiCKO are horrendous and I would hope that most Americans do not have to worry about their health insurer paying for their medical treatment. And it is clear that more effort needs to go into preventative health care in both United States and Canada. I think the most memorable interview in the documentary was with British politician Tony Benn. In one part he described how the National Health System in Britain came into being after World War 2. The rationale was, “If we can find money to kill people, we can find money to help people.”

Our Canadian health care system is not perfect, but I am thankful that we have it and that I can provide care within its framework.

(photo of Mennonite buggy and sleeping children taken by my father)