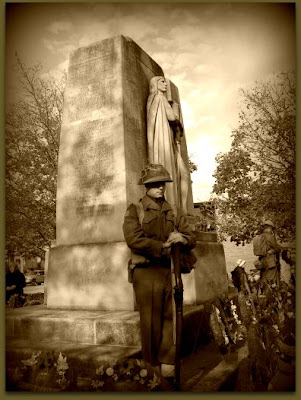 Remembrance Day 2007, Cambridge Ontario
November 11, 2008 is the 90th anniversary of the end of World War I. There are few people around who remember it personally and time has reduced the impact of personal suffering and sacrifice experienced in this chapter of our history. There were 68,000 Canadians who died in this war when the country's population in 1915 was only eight million people. Proportionately, compared to the current Canadian population, 290,000 troops would have been killed in Afghanistan in the past four years.

Vigile 1914-1918 Vigil is a lighted memorial to honour the fallen from the Great War. From the website... 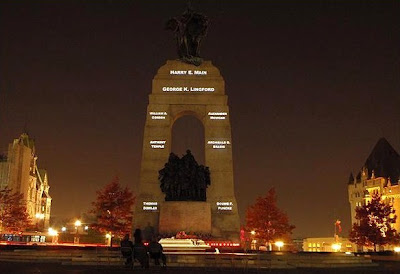 "At sunset November 4th through to sunrise November 11th, this site will present a vigil commemorating the 68,000 Canadians who lost their lives in WWI. The names of the 68,000 war dead will be projected over a week of nights onto the National War Memorial in Ottawa, buildings in other regions of Canada and onto the side of Canada House in Trafalgar Square in London, England."

Queen Elizabeth launched the trans-Atlantic event in Trafalgar Square, London on November 4th. Halifax, Fredericton, Ottawa, Toronto, Regina and Edmonton are participating in the Vigil here in Canada. By dawn on November 11th, all 68,000 names will have been projected in these cities as well as on the internet.

Each name represents a son, a brother, a husband, an uncle, a friend, a hero. Many were barely into adulthood when their lives were cut short. 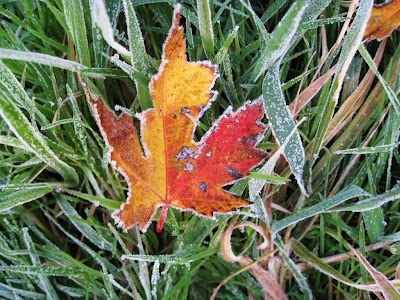 How easy it is to forget.
We must remember.

"Those who cannot remember the past
are condemned to repeat it."

George Santayana
Posted by Ruth at 12:04 am