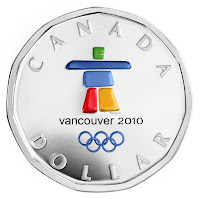 Trent Evans was a Canadian involved in making the ice for the hockey tournament at the 2002 Salt Lake City Winter Olympics. He secretly placed a “loonie”- our dollar coin- under the surface at centre ice. He did tell the players of the Canadian men and women’s hockey teams about the talisman and both teams went on to win gold medals. The “lucky loonie" was retrieved and is now in the Hockey Hall of Fame in Toronto. Similar coins have been placed beneath the ice at subsequent international hockey tournaments and the Royal Canadian Mint has released a commemorative edition "lucky loonie" for each Olympic Games since 2004.

Logic would tell us that the teams won gold medals because of skill and hard work. But adding Mythos to the formula added confidence and initiative which may have contributed to the victory. Having a ritual or physical lucky charm can decrease stress and anxiety, give a more positive focus and an illusion of control. Superstitions can provide meaningful psychological benefit, giving a sense of power thus diminishing negative emotions such as helplessness.

My best friend from childhood is a tenured professor at a Toronto university who has published several books and is one of the most intelligent people I have ever met. We had brunch together this past weekend and she shared how the number “5” or better still, “55” had significant meaning for her. Both of us were born in 1955. When applying for her doctorate program her application form had her special number on it. She sets her alarm for x:55 AM and goes to bed and x:55 PM. When she bought her current home, she knew it was the right place because the street address was “55”.  And of course her vanity license plate includes the number 55. I have known her for over 50 years and was not aware of her private idiosyncrasy. 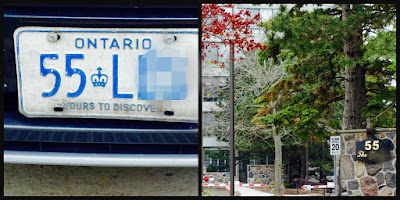 Medicine is an interesting field where Logos and Mythos go hand in hand. Medical practitioners are well educated scientifically but patients are emotionally vulnerable and need more than facts. When we visit a doctor we expect a diagnosis, adding great pressure to quickly provide a name for our ailment and a prescription for an appropriate remedy. Imagine going to a doctor and coming out without a diagnosis and a concrete treatment plan! Misdiagnosis is a huge problem and the overprescription of antibiotics and pain medication is at crisis levels. Using inert formulas as medication can bring about real physiological cures in what is known as the placebo effect. Placebos were used frequently when I first worked at a hospital but they are now only given with patient consent, which erases their value in my opinion. Brian Goldman is a Canadian doctor who has an interesting show and podcast on CBC Radio One called “White Coat, Black Art”. He explores the “art” of medicine which has not changed all that much over the millennia.

Most of us have some interest in mystical and supernatural phenomena. I wrote a post a few years ago about the ghost, Francine, who supposedly haunts our hospital. We blame all unexplained events on her, from call bells that go off in empty rooms to consistently similar visions reported by patients at night. I do not have Logos to accept or refute the presence of ghosts so Mythos prevails.

Is faith different than superstition? Many times religion becomes “religistition” - a mix of faith and superstitious belief and ritual. There are people who seek indulgences, works, or a trail of “signs and wonders” rather than focusing on a faith that quietly sustains the soul in good times and bad. I see God at work around me and use prayer as preparation for my day. But it is easy to slip into rote prayers, expectations of blessings, and pronouncements of finding "God's will".

The human mind is very susceptible to suggestion. Superstitions change the way people behave either by increasing fear and anxiety or by boosting confidence, performance and positive outcomes. Knowledge is a combination of logic and intuitive insight which is not always present in balance. Mythos varies culturally and from person to person and helps explain the gaps in Logos which we all experience. How boring would life be with nothing but logic?
Posted by Ruth at 11:06 pm

Email ThisBlogThis!Share to TwitterShare to FacebookShare to Pinterest
Labels: Comeback Bloggers, health and wellness, spirituality, this and that