A Visit to Toronto's Distillery District 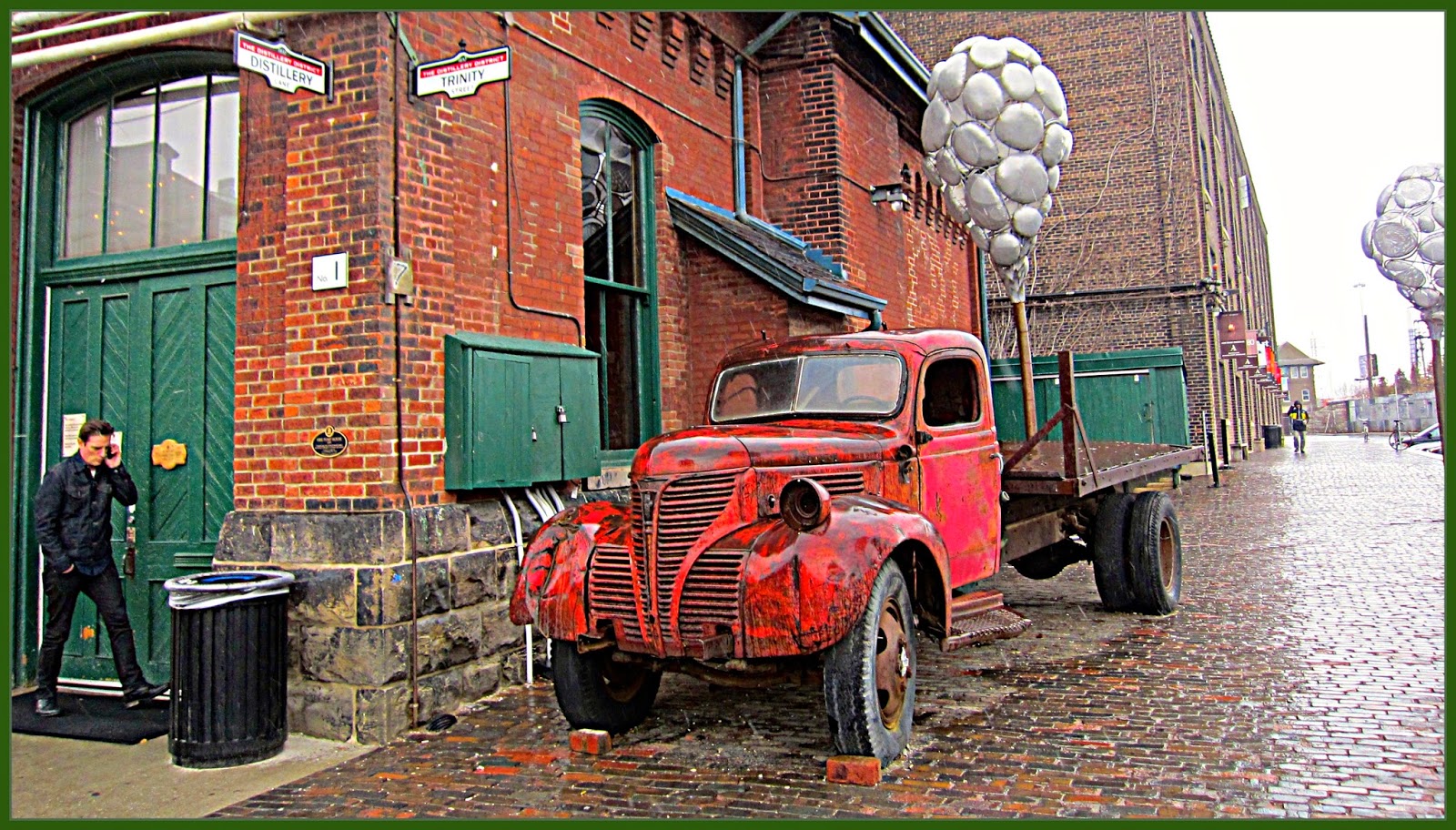 I visited a good friend in Toronto who took me on a tour of the Distillery District .The site was once The Gooderman and Worts Distillery and stands near the lakefront, west of the downtown core. There is plenty of construction in the area as Toronto prepares to host the 2015 PanAm Games. The athlete's village is just west and adjacent in the Canary District. When the games are over there will be a large number of residential units available along with retail and recreational facilities. 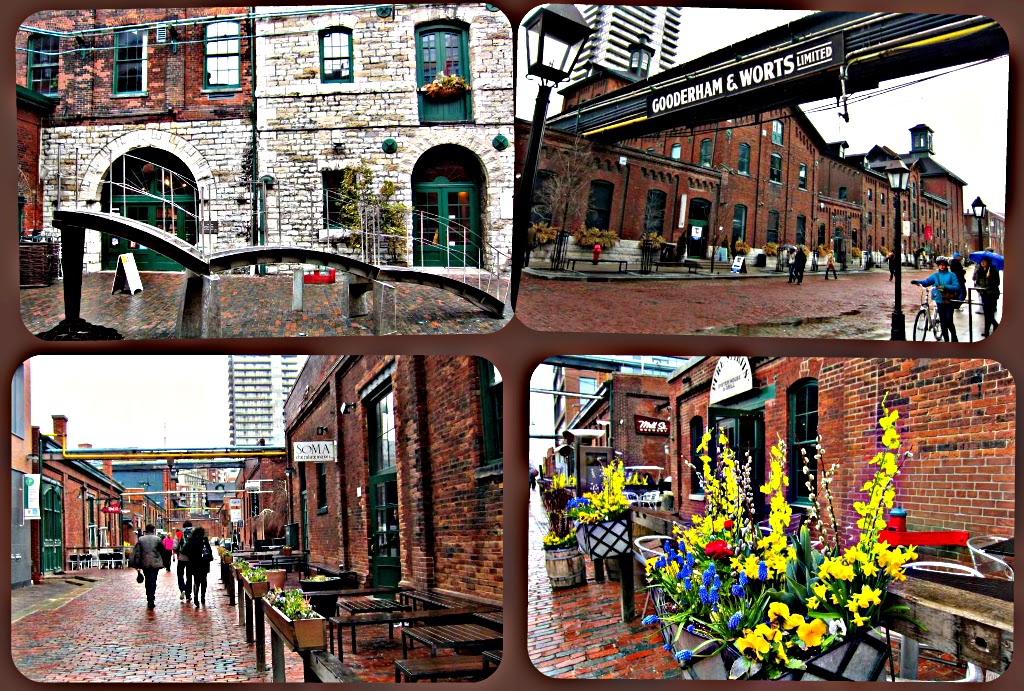 This was an unpleasant part of Toronto when I lived here in the 1960s and it is amazing to see the transformation of the old limestone and brick buildings which are well over 150 years old. It is not surprising that it is a popular spot for movie shoots, weddings, photography and tourism. Today was rainy and cold, the sky and light uninspiring for pictures. I have to return on a sunny morning or evening in the summer.

There were plenty of shops to step into to get out of the rain. We looked at antiques, spices, art, chocolate, vintage and eco clothing, and much more.

The area is described by National Geographic as "A hip new neighbourhood within the best preserved collection of Victorian industrial architecture in Canada". If they mean "hip" as in "hipster" there were a few of them as well along with many people of diverse backgrounds. A marching band of teenagers from Chicago played a few songs in the rain which was rather random but added to the eclectic charm of the cobblestone courtyard. 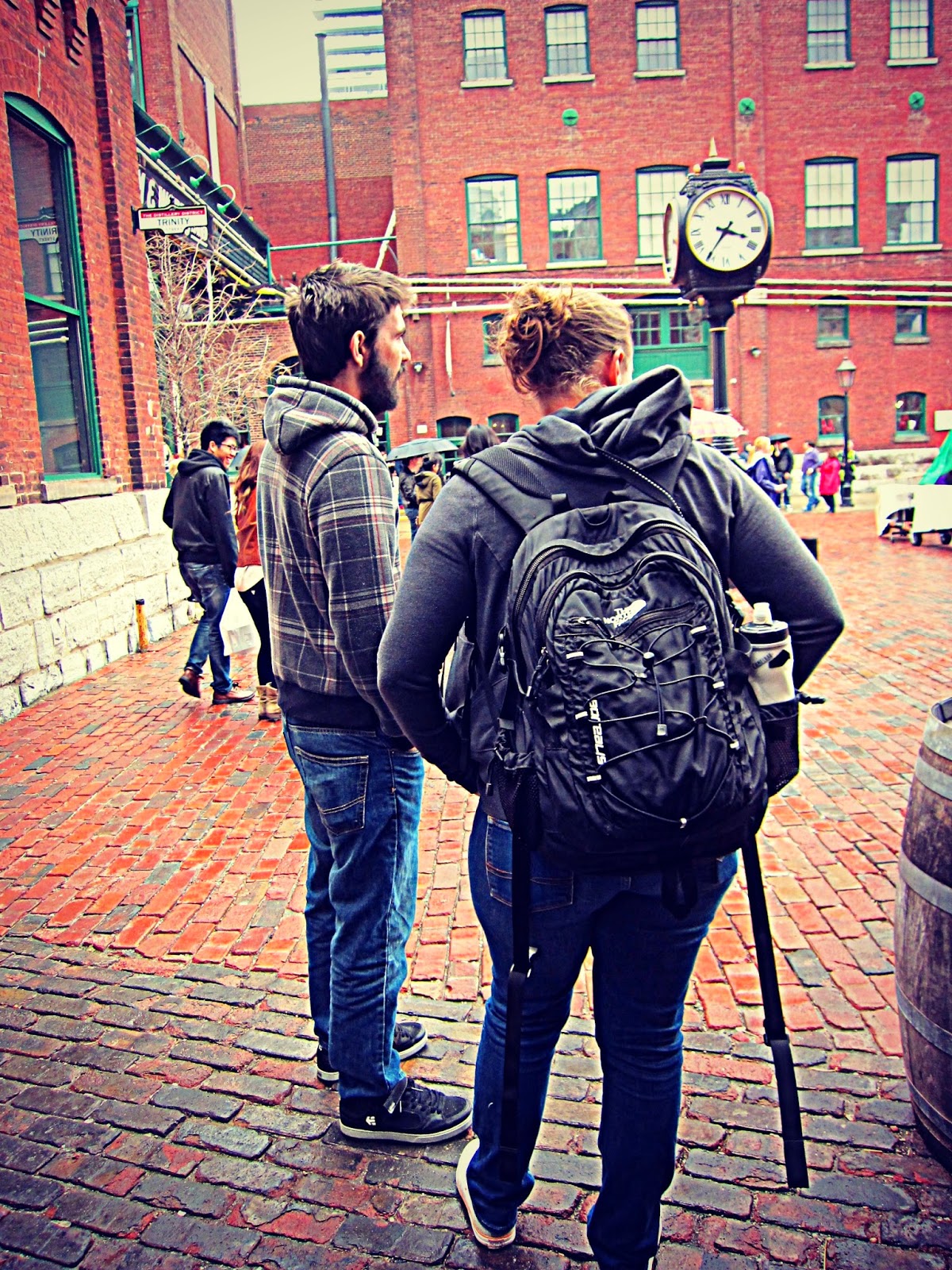 Toronto has many interesting neighbourhoods and this one is well worth a visit. As a bonus it is a short distance from Tommy Thompson Park, one of the best birding areas in the city. My friend drove me through the trendy Cabbagetown neighbourhood and we followed the Don River Valley back to her home. We saw a couple of blooming forsythia and magnolia trees but leaves are not yet out on the trees. She took a little detour to show me a small green space that was a mass of blue Scilla flowers. Spring will surely arrive this week! 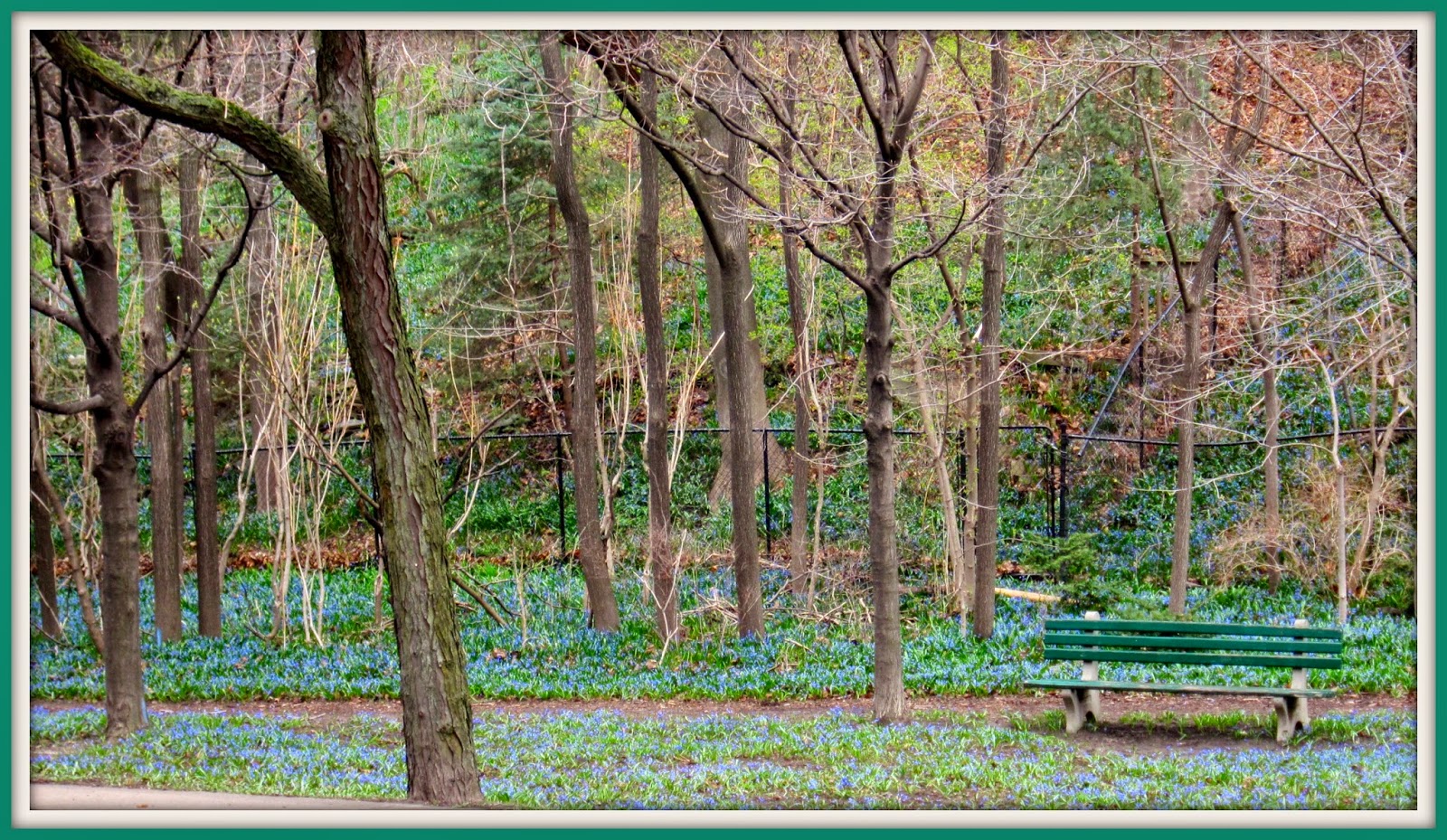