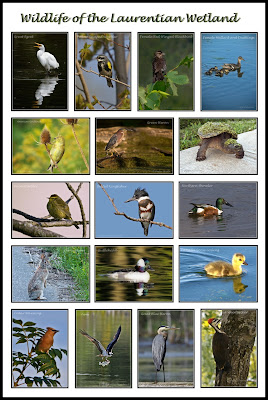 I never used to be particularly fond of swamps and feared they harboured snakes and hordes of mosquitoes. It would never have occurred to me to buy a house which backed on a wetland for fear of having a wet basement and other flooding problems. A couple of years ago another nature lover introduced me to a wetland near our home. I started going there regularly and saw much more than the obvious Mallard Ducks and Canada Geese. I posted pictures from the swamp on Flickr and came to know other people who were interested in conserving this area. It is surrounded by a nursing home, two elementary schools, a large plaza and many houses. There are a few irresponsible characters who do not respect it and use the area as a dump for garbage. 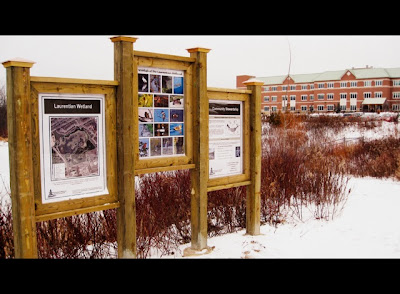 A number of people from the community teamed with the city and have started to clean up the area. They hope to have benches and a viewing platform constructed in the future and the local schools have involved their students in caring for and learning about the wetland. Three large signs have been erected and give information about the area. The picture poster above is featured and shows some of the diverse wildlife in the wetland. I was pleased to have two of my photographs included in the poster.

The area is frozen over now and there are few signs of life these dark December days. But in two or three months migrating birds will arrive, the ice will melt, frogs will sing and turtles will sun themselves on logs. And that is something to look forward to on this dark winter solstice night. 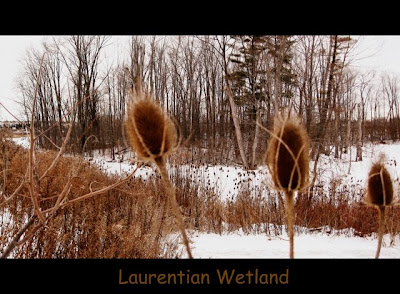