Remember Whensday: As time goes by... 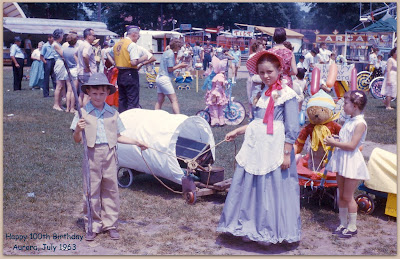 The town of Aurora, Ontario celebrated its 100th birthday in July 1963. It had a population of 5,000 when we lived there and the community held a party to commemorate the anniversary. Mom made a dress for me, an outfit for my brother and created a covered wagon for us to pull in the parade. We won 3rd prize for our entry. (I must mention that my mother had four children including a three month old baby who had been very ill and required surgery) One hundred years might as well have been a thousand years in my young mind. But in about three years, another half century will have passed and Aurora will be 150 years old. 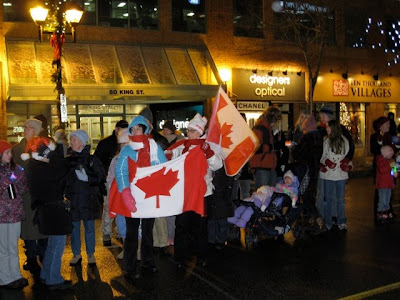 On Christmas Eve morning I stood at the bedside of a patient who had just passed away. We did not want her to be alone when the family arrived to see her body before it was taken to the morgue. The day after Christmas, a special friend of my parents died at a good old age. She had been in attendance at my birth in South Africa when my mom was far from her mother in Canada. Both of these passings were timely and mark another kind of anniversary for their friends and loved ones.
Time goes by...

Three days ago the Olympic Torch Relay came to our community. The 106 day torch journey will cross all provinces and territories in Canada ending in Vancouver at the 2010 Winter Olympics on February 12, 2010. Thousands of people crowded the streets to watch this historic event on a Sunday night. 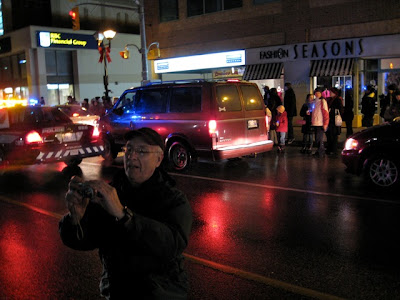 A grandfather took a photo of his family which included a couple of youngsters who were asking about the meaning of the torch. They will not understand the significance of the night until they are older but the picture will help them remember. The light of the torch appeared in the distance and the crowd moved into the street to view the approach of the runner. To some the torch represented only the upcoming games but to others it was symbolic of life itself. The light would soon be passed to another runner who would carry it on ahead toward its final destination. 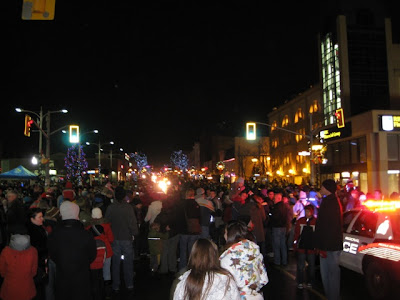 Time goes by... faster every year it seems

A new year is approaching which will mark a beginning for some and a passing of the torch for others. For most, it will be another stretch of road in the journey through time.

May your new year be filled with joy,
peace and blessing in all circumstances.
HAppY NEw YEar!!

Follow this link for more Remember Whensday posts.
The Becka posted a video of the Olympic Torch Relay on her blog.
Posted by Ruth at 12:00 am