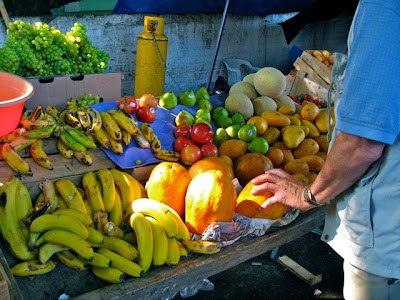 One of my hospital patients from south east Asia once told me she hated the boiled food eaten by Canadians. While hospital menus may have some nutritional merit, they are bland especially to a person used to fragrant curries and stir fries. One of the best things about travel is the opportunity to try new foods and to taste local produce. Altaulfo mangoes from a Canadian supermarket are good, but tree ripened ones in Mexico are far more sweet and flavourful. And I have found no corn tortilla even close in flavour and texture to those from a Mexican tortilleria.

I have maintained a vegetarian diet now for a year and have enjoyed trying new recipes. Melissa of Empress of Dirt sent me a DVD called Raw for Life last December and I thought the principles were somewhat extreme. But gradually my tastes have changed and I am endeavouring to eat two raw meals a day. That is not hard to do when fresh fruits and vegetables are abundant. 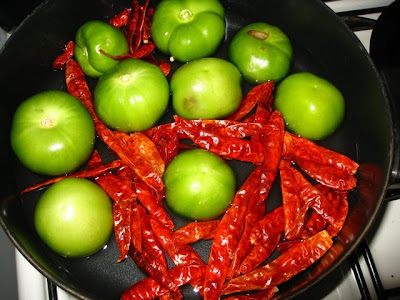 Our daughter has become quite an accomplished cook, producing tasty meals for family and visitors. She showed me how to make several salsas including milder avocado-based green sauces as well as fiery hot red sauces. And we tried delicious watermelon and melon drinks which were very refreshing in the heat. 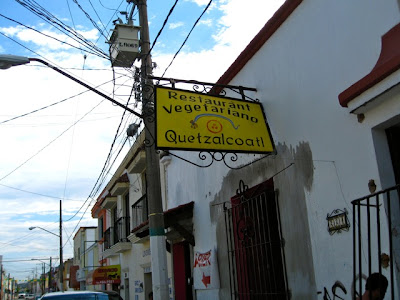 On my last day in Tepic my brother took me with his family to Restaurant Vegetariano Quetzalcóatl, an excellent vegetarian restaurant in the city. The breakfast buffet was less than $10.00 per person and it was impossible to try all the dishes which were offered. The decor was traditional Mexican and the service was impeccable. 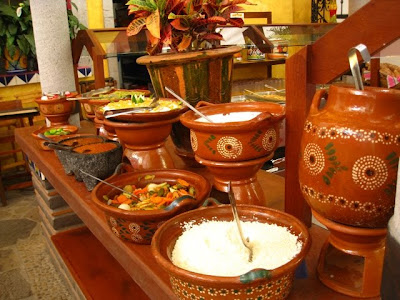 Closer to home...
Our daughter came to Canada with me at the beginning of July and returned to Mexico yesterday. She starts teaching again at the university in Torreon next week. The summer has been busy and the weeks have gone quickly so I am still putting up posts about my June trip. My mother has finished three rounds of chemotherapy and is in good spirits. She will be having some tests in a week or so to see how her tumours have responded to treatment.

I decided to donate blood today and made an appointment through Canadian Blood Services central office. After one screening interview and completion of a questionnaire, I was told I could not donate blood for a year as I had been in Nayarit, Mexico. The area is one of over a hundred countries and districts in the world which have malaria mosquitoes and travel to them disqualifies a donor from giving blood for up to three years. Malaria is not endemic in Mexico as it is in parts of Africa and Asia and my family has not been affected by the disease in all the years they have lived there.

My Google Reader is bursting at the seams and perhaps I will have time to catch up a bit in the next few days.
Posted by Ruth at 8:31 pm