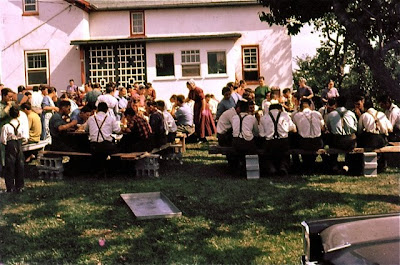 Lunch is served at a barn raising in Waterloo County circa 1972
(photo by J.D. Tolman)

com·mu·ni·ty
Pronunciation: \kə-ˈmyü-nə-tē\
Function: noun
1 : a unified body of individuals: an interacting population of various kinds
of individuals in a common location 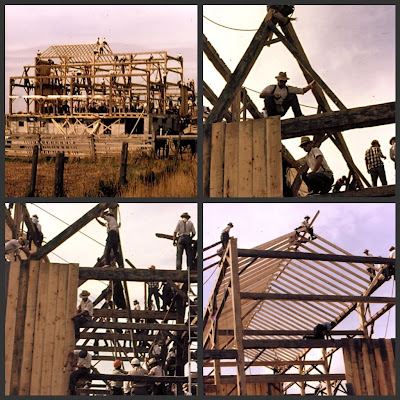 My father took a series of slides at a Mennonite barn raising in the early 1970's shortly after our family moved to Waterloo County. A fire had destroyed a barn near Elmira, Ontario and the community came together very quickly to rebuild the structure. A barn is essential for storing feed and housing livestock and is the most important building on a farm. Rural communities have come together like this for hundreds of years and the tradition in this modern era is still strong among Old Order Mennonites. Each man knows his place in the process and he volunteers his time to help his neighbour. Rubble is cleared and new supplies are ordered in a short period of time. The women serve food and the children help where they can as they observe their community working at its best. 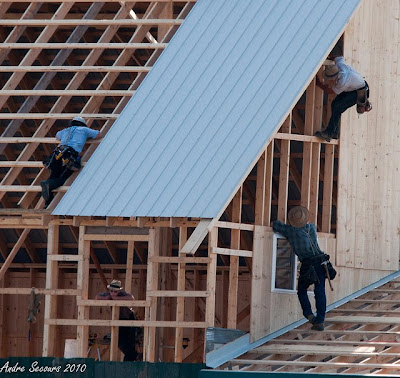 A few weeks ago another barn on an Old Order Mennonite farm burned to the ground near the same town. Our friend Andre took the picture above a few days after the fire. The community makes use of more up-to-date equipment these days with power tools, heavy construction equipment and even pre-fab trusses. But the volunteer contributions are the same as ever. 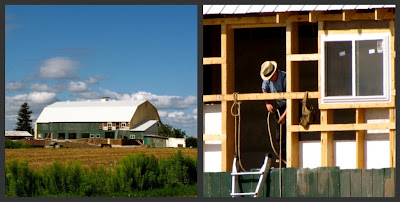 I took these pictures just 12 days after the fire and the new barn was already erected. The burned rubble was gone, the painting was almost completed and windows were being installed.

I like the definition of 'community' at the beginning of this post. Individuality does not need to be lost, but people interact in a unified way. While most of us would not want to give up modern conveniences and live like Old Order Mennonites, many people admire the strength of their community. We all need to belong to a group and traditional groupings in our modern society are increasingly fragmented. I see few of my neighbours on the street where I have lived for over 30 years and we go our separate ways each day. Family groups are separated by distance, broken relationships and the failure to make efforts to keep in contact. Many young adults are not finding a place to belong in church congregations and generational segregation in many religious institutions is formidable. Facebook and Twitter friends do not make a community that can substitute for real belonging.

We all need somebody to lean on... 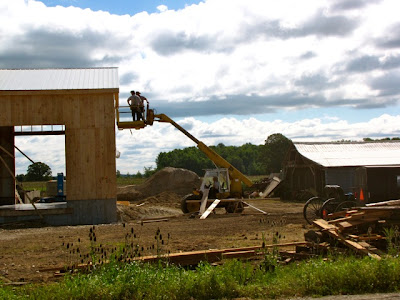