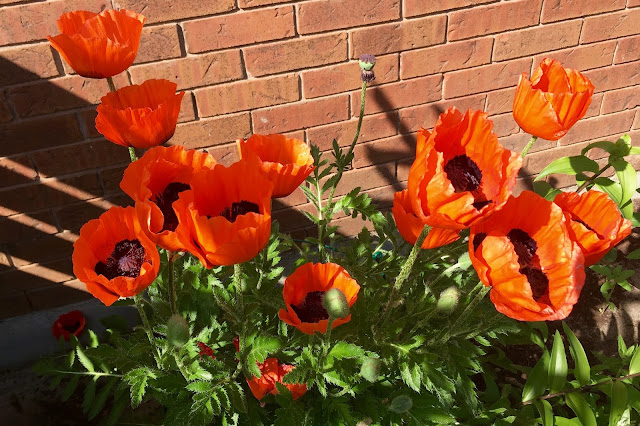 My grandparents lived through two world wars. My paternal grandfather turned 14 in 1918. He came to Canada from Amsterdam in the early 1920’s as a young man. Several members of his extended family died as civilians during the world wars in Europe.

My maternal grandparents attended medical school at the University of Toronto during World War 1 in the graduating class of 1918. Grandma graduated as a doctor in 1918 but my grandfather graduated in 1919 because he served in the medical reserves for a year.

My husband’s father was born in August 1918. The Spanish Flu hit his community hard in October and November of the same year and hundreds of people in the region died, many of them young and previously healthy. This plague at the end of the war killed millions world wide as soldiers returned home from Europe.

I heard my family’s stories first hand as I was growing up. The suffering and sacrifices endured by that generation became very real and personal to me unlike other wars I learned about in text books at school. All I remembered about historical conflicts were the dates that we regurgitated on exam papers.

The living connections to the world wars of the 20th century will soon be gone. Will the children of today and tomorrow remember these wars only as boring history lessons?

Why do we not learn from the past? We quickly forget how extreme nationalism, racism, economic disparity, greed and unresolved historical grievances caused unprecedented loss of life.

Sadly I realize that history is repeating itself again. The cycle never ends. There are people who remember and recognize the warning signs. Their voices are often drowned out by leaders and their followers who stoke fear and live without a vision for a peaceful future.

I heard the church bells toll 100 times today at sunset. I hope that the children who heard them ring this evening will learn, understand and commit to pathways of peace.