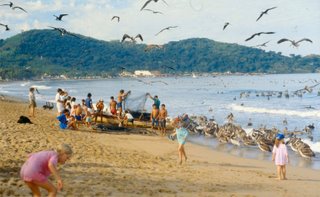 Disability?
We stayed in a small fishing town on Mexico’s west coast one January. The fishing boats went out and came back each day. People and pelicans lined up for their share of the catch at the beach.
I was most intrigued by a man with lower extremity paralysis who was living next door to where we were staying. He moved along the ground, pushing himself along with his arms, his toneless legs folded underneath him. In the evening I would hear him playing his guitar and singing as his wife and children moved about the house. He had no wheelchair or other adaptive aids and in our culture he would be considered very disabled. 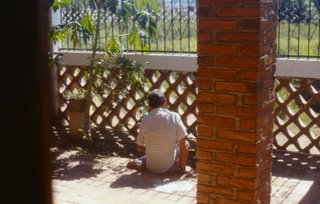 The World Health Organization has defined a disability as “any restriction or lack (resulting from an impairment) of ability to perform an activity in the manner or within the range considered normal for a human being”. Activists in the disability movement disagree and state that “disability refers to socially imposed restrictions, that is, the system of social constraints that are imposed on those with impairments by the discriminatory practices of society”.

This man had an occupation, a home and family and appeared to be well integrated into his community. What fascinated me was that he hardly seemed disabled at all.
Our culture places a very high value on physical perfection and intelligence. My job involves helping impaired people regain independence and function. If we are unsuccessful in their rehabilitation, they risk being segregated and undervalued in spite of what they are still able to do. Unconditional acceptance of those with physical and cognitive impairments can be difficult and finding a useful role for them in society a challenge… but we can do better.