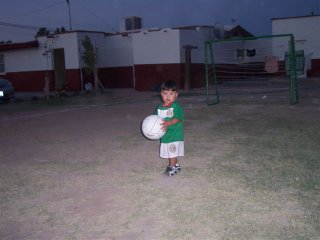 Soccer
We visited Mexico during the FIFA World Cup this June. Canada is not a soccer country, but there was a fever-pitched enthusiasm for this game in Mexico. Green shirts were being worn by all fans, including 18 month old Daniel. Here he is in the cool of dusk outside my brother Estaban’s house, practicing to be a next generation soccer star.

Estaban has a local soccer team. We watched them practice their drills in a dusty field under the blazing sun. 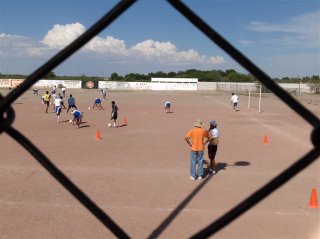 Over the years, Estaban has had many players on his team win university soccer scholarships that have allowed an otherwise impossible education.

My friend Parmjit, a psychology doctoral candidate, stopped by the hospital today. Her thesis research involves the testing of 50 players to determine the cognitive effect of concussions caused by head impact in soccer. She has found all her subjects, and I wish her all the best as she completes her study. I really hope that she discovers the benefits of the sport outweigh the risks.
Posted by Ruth at 7:29 pm

Email ThisBlogThis!Share to TwitterShare to FacebookShare to Pinterest
Labels: mexico