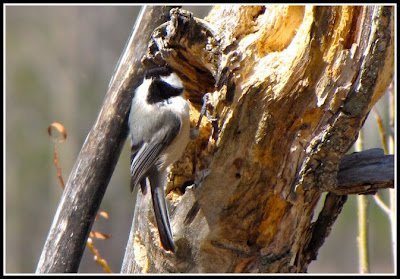 I always enjoyed the story of the town mouse and the country mouse which is based on a fable by Aesop. Many people who enjoy the convenience of city life romanticize the resourcefulness and peace of country living.

There once was a mouse who liked his country house until his cousin came for a visit.

"In the city where I live," his cousin said, "we dine on cheese and fish and bread. Each night my dinner is brought to me. I eat whatever I choose. While you, country cousin, work your paws to the bone for humble crumbs in this humble home. I'm used to finery. To each his own, I see!" 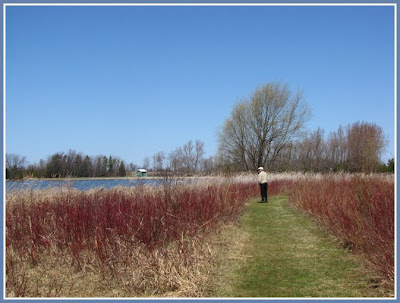 We took a trip to Luther Marsh which is near the headwaters of the Grand River. The river runs wide through our city but is just a trickle in a farm field a few kilometres north of the marsh. Luther Marsh is a nature sanctuary and no canoes are allowed on the water until after August 31st so the many birds which nest here are not disturbed. 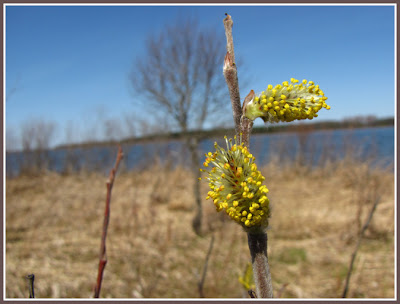 Yellow accents were provided by pussy willow flowers rather than the forsythia bush in my yard. The trails were beautiful and very soggy but biting insects which will swarm the marsh in a few weeks were not around yet. 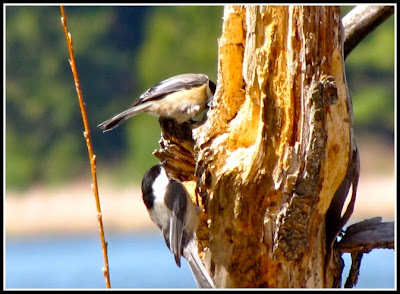 In a dead stump near the water's edge, a pair of country Chickadees worked furiously making a cavity for a nest. Their skill at creating sawdust was surprising seeing they are not woodpeckers. I never realized until this year that Chickadees are cavity nesters. 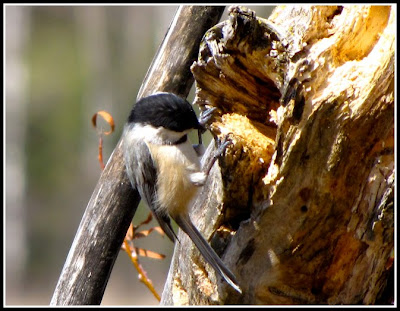 Apparently the female selects the nesting site and both birds work diligently to build a softly lined nest. In yesterday's comments, Laura mentioned the lovely moss-lined nests that Chickadees make. I peeked quickly in the "back door" of the box in our yard when the birds were out and sure enough, they have imported a lot of moss. 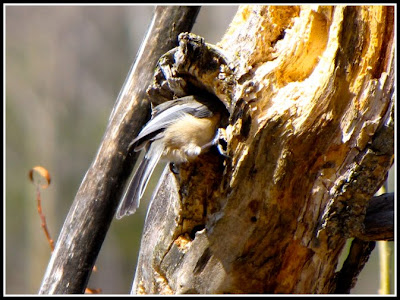 Our backyard Chickadees have the convenience of a ready-made home but these country birds will be working for several more days before their nest is ready for eggs. I wouldn't be prepared to say that the marsh birds will have a better life than the city birds as we saw plenty of racoon tracks and snake holes in the area. I hope this pair will be secure in their little place.

I found lots of interesting information about Black-capped Chickadees at this site.