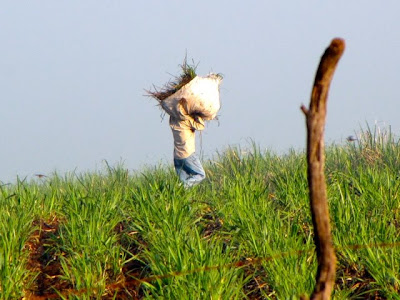 "Rich indeed! Every where I traveled in Mexico the people were so much richer than most Americans, strong family, gorgeous surroundings, happy and full of life..."

I was talking to one of our physicians at the hospital about my trip to Mexico. He had worked in the southern part of the country in the past and I asked him if that particular area was poor. His impression was similar to Gaelyn's and he said that while the people did not have many material possessions, they had all they needed for health and happiness. 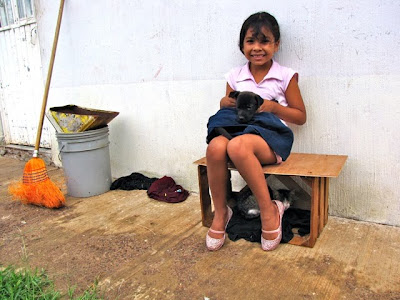 Fatima and her new puppy

The University of Michigan's World Values Surveys (WVS) has compiled data on the happiest countries in the world for over twenty years. Their results are considered the most authoritative by happiness researchers. (source)

The winners were
1. Nigeria
2. Mexico
3. Venezuela
4. El Salvador
5. Puerto Rico
with Canada at #10 and America at #15.
Other studies have shown that the happiest people surround themselves with family and friends, don't care about accumulating material goods, find pleasure in their daily activities and forgive easily. Mexico has economic, security, social and political challenges but many people I met, while poor by our standards, were content and happy. 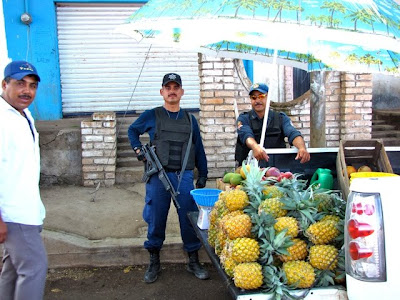 There were incidents of drug-related violence in the city of Tepic recently and police and army checkpoints were set up along the roadways. Thousands of killings have been reported in Mexico since President Felipe Calderón came into power in 2006 and began an anti-drug campaign against cartels which traffic illegal drugs into America. Most of the victims are members of organized crime groups who are fighting for control of trafficking routes. Police, members of the judiciary and journalists have also been targeted. I generally avoided eye contact and photographs in patrolled areas, but the policeman above posed proudly for me as my dad purchased pineapples from the back of a pick up truck in the village. Life goes on as usual for the average citizen and I sensed little anxiety or fear on the streets. 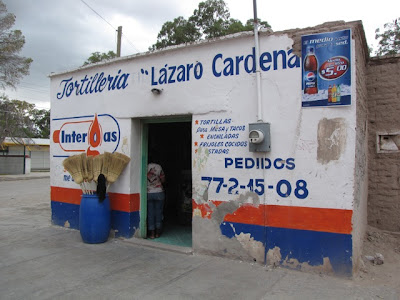 My daughter buys tortillas at this little business near her home. It was hot outside and even hotter inside the small structure. Most people I know in Canada would complain about working in these conditions. Visiting a poorer nation (not just a tourist resort) always makes me appreciate the exceptional standard of living I enjoy and helps me value the non-material sources of happiness in my everyday life. 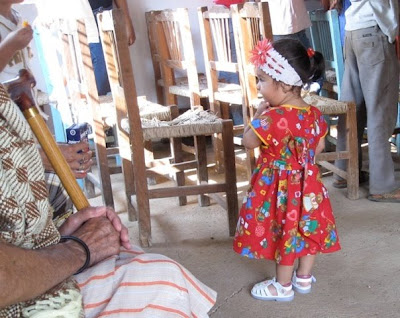 Toddler in the village of San Luis de Lozada

Many Mexicans long for the "American" lifestyle and relentless messages in popular media are influencing younger generations to value material things more than ever before. I hope this little girl grows up to value the traditional aspects of her culture which cannot be traded for money and wealth.
Posted by Ruth at 8:28 pm