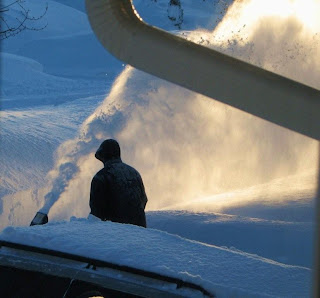 I am taking a very brief hiatus from my blogging break to post a few pictures of the weekend snow storm. We received 40 cm of snow yesterday, on top of the 20 cm received last Wednesday, (that is two feet right there) on top of the snow that had accumulated from a February that produced 100% more snow than average. Canada is often called the Great White North, but this is over the top! We do not live in a major snow belt area near the Great Lakes. 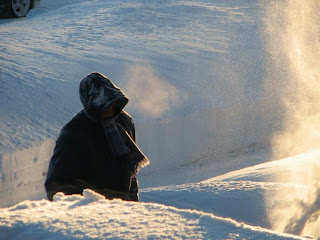 This is officially the snowiest winter in the local record books and yesterday's snowfall was the largest single snowfall recorded. Thankfully we have a snowblower. My husband is 6'2" to give some perspective on the size of the snowbanks shown around our house. 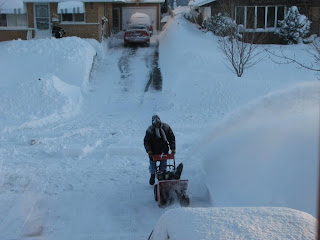 He spent two hours early this morning blowing our snow and the snow for two neighbours. The street has not been plowed yet and that will create another snow mountain to remove from the end of the driveway. Life is going on pretty much as normal for those who can get around. Much as I want spring, Ontario ski hills will have a fantastic March break. This snow will have to go down slowly or we will have major flooding problems. 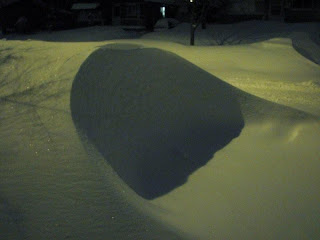 Giant snowdrift at the end of our driveway last night
Posted by Ruth at 1:01 pm

Email ThisBlogThis!Share to TwitterShare to FacebookShare to Pinterest
Labels: family, seasons of life, this and that