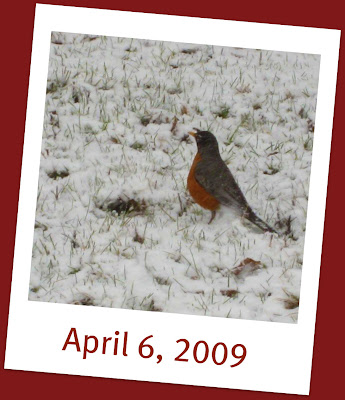 One of our daughters arrived in Canada last week for a visit. She now lives in Mexico and as I drove her home from the airport she was disappointed that there was no snow. I pointed out a ski hill that still had some snow on its slopes even though there was not enough of it for skiing. After all, this was the first of April. But April Showers sometimes partner with the cold North Wind to produce Spring Snow. 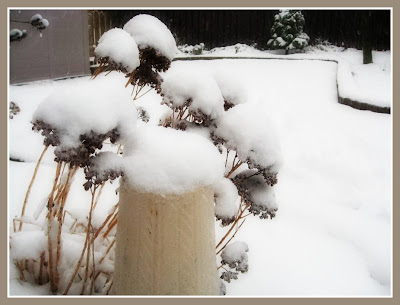 And this is the end result;-plenty of heavy wet, "snowman" snow. At least it doesn't last very long. I have seen snow here in late April and even into May. 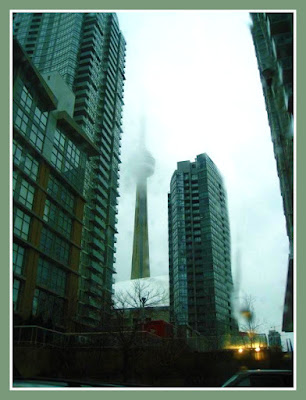 We had to travel to Toronto to complete some business today and the winter driving was not much fun. Toronto had rain rather than snow and the CN tower was shrouded in grey clouds. The trip was successful and we drove 100 km home into snow and cold winds blowing off Lake Huron.

Now it is time to shovel, make that final snowman and say goodbye to Old Man Winter for good!

Click here to see more My World posts from around the globe.
Posted by Ruth at 7:31 pm

Email ThisBlogThis!Share to TwitterShare to FacebookShare to Pinterest
Labels: family, my world, this and that