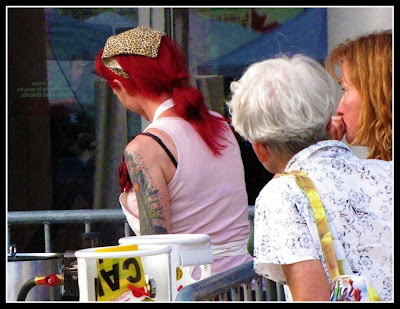 Donna, of KGMom Mumblings wrote an interesting post this week called The Language of Faith. One sentence in particular has been going through my mind, the truth of which is undeniable yet troubling.

"Sunday morning service has been described as the most segregated hour in our nation."

Not being an American, I had not heard or had not taken notice of the Martin Luther King Jr. quote before.

Racism exists in Canada, but in different ways and on a different scale than in parts of America. Yet segregation according to appearance is present in all cultures. From the youngest age we learn that our looks, skin colour, clothes and hair style can bring instant judgment from others. It starts with our mothers who send us back to our room to put on something that "matches". By middle school, children who look different are often targeted by bullies and are ostracized by their classmates. We label people by appearance all the time according to the norms of our society.

Society has always been that way and will continue to be so. There will always be people who will stand out from the crowd to make their own statement, or a statement along with a group they belong to. 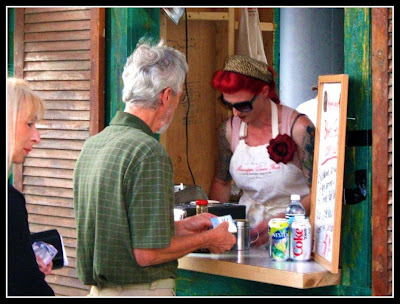 It was not hard to tell who was a member of the church I grew up in as all the women looked the same, as did the men to a lesser degree. Those who did not fit in would be welcomed at first but the expectation was that they would conform to the denomination's rules sooner rather than later.

A few years ago, a couple of transvestite men entered the church we now attend. The ushers were trained to greet all visitors with a handshake and welcoming smile, but there was far more congregational conversation about the men than with them. They never came back.

I remember another young man who attended our church for a while. He has epilepsy and on more than one occasion had seizures during the worship service. His social and physical deficiencies were not welcomed by many people in the congregation. I am not being particularly critical of this church as I know he would have difficulty fitting into a spiritual home anywhere.

The Christian Church is segregated on more than racial lines. It is fractured by wealth, dogma, doctrine, physical and mental health and social position. We may not be able to choose who we work with, but we sure want to choose those we worship with. The Church is not called to follow the norms of society but is called to love and minister to the unfortunate and outcasts. We are to love people as they are and it is not our job to make them "look right" in conforming to our personal standard. There are many fine Christians who do live out their faith in this way, but many more who look only for a comfortable pew and a judgmental pulpit.

And I am speaking to myself...

My dear friends, don't let public opinion influence how you live out our glorious, Christ-originated faith.

If a man enters your church wearing an expensive suit, and a street person wearing rags comes in right after him, and you say to the man in the suit, “Sit here, sir; this is the best seat in the house!” and either ignore the street person or say, “Better sit here in the back row,” haven't you segregated God's children and proved that you are judges who can't be trusted?

Listen, dear friends. Isn't it clear by now that God operates quite differently? He chose the world's down-and-out as the kingdom's first citizens, with full rights and privileges. This kingdom is promised to anyone who loves God.