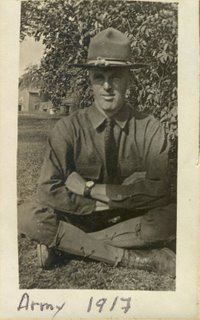 Reflection on the year 1948
My maternal grandfather died of cancer on Thanksgiving Day, October 11, 1948, when he was in his early 50’s. My mother was 16 years old at the time, so I never knew him personally, but Mom was very close to her dad and has told us many stories about his life. He was a farm boy who went to the University of Toronto and became a medical doctor, graduating just after the end of WW1. He had to serve as a reservist in the army’s medical corps, and so graduated a year after my grandmother, who was also a doctor. He and Grandma practiced medicine in a small town and pursued many interests outside of their careers. Always a farmer, Granddad bought a large piece of sandy land outside the town. He planted a large stand of pine trees and a big apple orchard that remains productive to this day. As children, we played in the meadows and pines and spent our fall weekends picking grounders from under the apple trees. The farm had a big barn and a small log cabin where my grandparents would relax, inviting friends and family for picnics and birding excursions.
My mother called me last night and reminded me of these things. She said, “I often wonder what Dad would think of things if he were here right now.”
The world has changed so much since the end of WW2. In the year 1948, the cold war was starting as Communists seized power in Czechoslovakia. Israel became a nation and Britain was losing its influence in the Commonwealth countries. Toronto won the Stanley Cup, and Cleveland won the World Series. Stamps cost three cents. 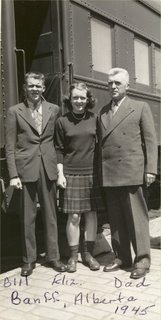 In 1948, few would envision the influence of television and computer technology, the power of instantaneous communication and the sprawl of communities spawned by our love of the automobile. We enjoy better health and relative world peace at this time, although there is increased fear, anxiety and decreased community involvement because of our hectic pace of life. I think Granddad would be most overwhelmed by our rampant materialism. He lived through war time rationing of food and fuel. The items purchased for their home were of good quality, but were meant to last a lifetime, not to be discarded when the next decorating fad emerged. We fill our homes and lives with disposable items with the Costco and Walmart mentality of warehouse stockpiling. The current electronic gadgets are literally “throw-away” when something new comes out. We have come to expect every convenience and an enormous amount of choice in our pursuit of pleasure.
I think I would like to join Granddad in a part of his 1948 world… a walk through the farm…a visit to the home of a sick patient…a lunch in the garden…or an evening in the living room listening to Hockey Night in Canada on the radio.
Posted by Ruth at 7:34 pm