On this Monday morning, many of us are facing the prospects of another work week and may already be looking forward to the next weekend. Weekends though are often overbooked with chores and other obligations in our over-scheduled lives. Aimless days, cloud gazing, and spontaneous explorations are things we seldom talk about for fear of being labeled "lazy".

Young children work hard at play and learn much about their world by being allowed time to explore with their senses and imagination. School is usually anticipated with great pleasure in the early grades before the demarcation between work and play is learned. Competitive parents can do a disservice by enrolling their offspring to too many lessons, clubs and team sports leaving no free time for play.

In centuries past, many in the European upper classes enjoyed lifetimes of leisure, waited on by servants in large country estates as they earned their livings by renting out family owned lands. But out of this group came a large number of authors, painters, poets, musicians and inventors who are still admired today for their creativity.

I took the pictures below last week while I enjoyed some leisure time outdoors. We had a generous fall of packing snow on Wednesday night and it would have been so much fun to build a snowman. I watched children rolling the enormous snowballs and trying in vain to lift them on top of each other. Who could say that play is not work!

I hope you find some time this week to play. 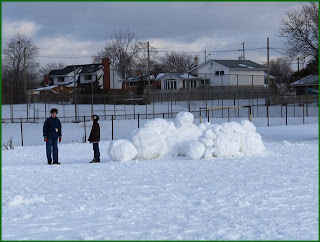 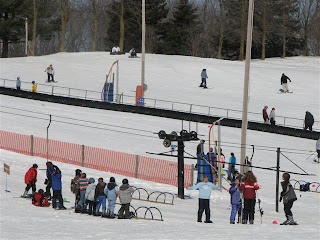 Be aware of wonder.
Live a balanced life -
learn some and think some and draw and paint and
sing and dance and play and work every day some.
Robert Fulghum 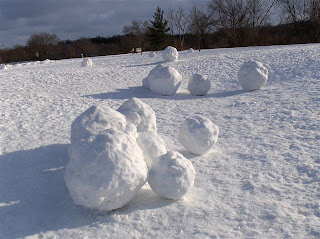