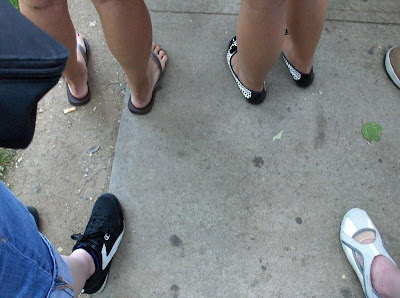 We are home again after an interesting week in New York City. Our eldest daughter had her heart set on this trip and planned it herself. She did most of the driving including all of the driving in the city itself...with no nicks or bangs or losses! We used taxis, subways and our feet to get around once we were in Manhattan. 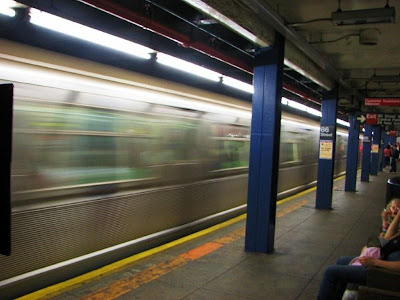 NYC Subway...lots of stairs required to access the trains!

This city is well designed for walking, and that seemed to be the preferred way to get around for the many pedestrians. We pounded many, many miles of pavement in a short period of time.

Fortunately the weather was cool and it was overcast most of the time. KGMom commented that NYC is one of the greenest cities in America and she was surprised that we felt it was smoggy. I agree that the environment is taken very seriously in this urban centre. 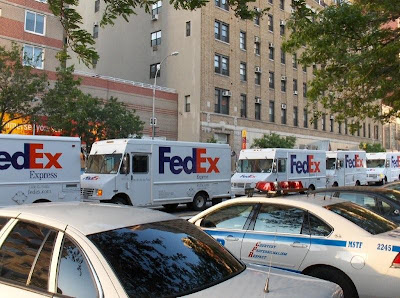 The streets were clean, public transit was readily available and the citizens appeared healthy and fit on the whole. But with such a high population density, smog is inevitable, especially on days when there is little wind and considerable humidity. The air quality was listed as unhealthy for sensitive groups when we were there according to the AIRNow web site. But compared to other giant cities of the world, the air pollution was negligible. Mexico City is one city that I have visited where the smog and dirt is likely beyond measure. 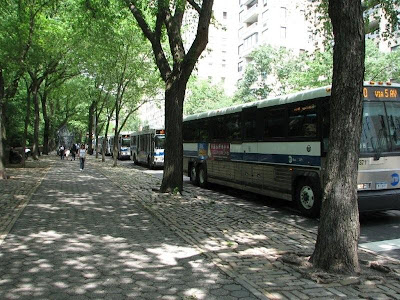 In Central Park, the air quality is noticeably better and the breezes on Liberty and Ellis Islands were refreshing compared to the vehicle exhaust in the urban canyons of Manhattan Island. 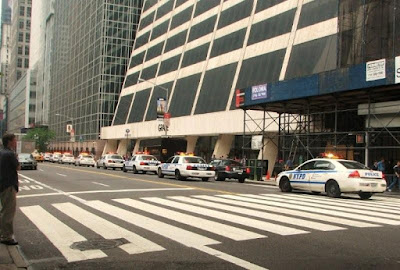 My initial impressions of the city were that...

...it was surprisingly clean
...the people were friendly and helpful
...I felt safe day and night in the areas we visited
...taxis and public transit were reasonably priced
...hotels and food were expensive
...it is a city of great diversity 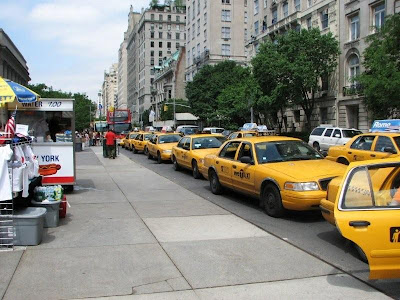 Taxi Convoy at the Metropolitan Museum of Art

My friend, Dr. Jim compared New York City to Rome. It is a cross-cultural meeting place and an important hub of our society, politically, financially and socially. Toronto, Ontario is a smaller metropolitan area but shares the diverse ethnic neighbourhoods, cultural and business centres, extensive parks and an interesting historical waterfront like New York City.

In our first day, I was impressed by the long lines of people, taxis, buses, and service vehicles. The police cars travelled in long lines together with sirens and lights flashing. People and vehicles merged and flowed in controlled chaos. We purchased NYC passes which provided admission to many attractions for one price of $106.00 for three days. We made good use of them, but I doubt many people would get their money's worth out of them unless they had the tolerance to be on their feet sightseeing for 9-12 hours a day.